Polls conducted by The Trafalgar Group consistently showed Herrera Beutler and Kent as the two top candidates in the race, with Perez and another Democrat who dropped out in third and fourth place respectively. 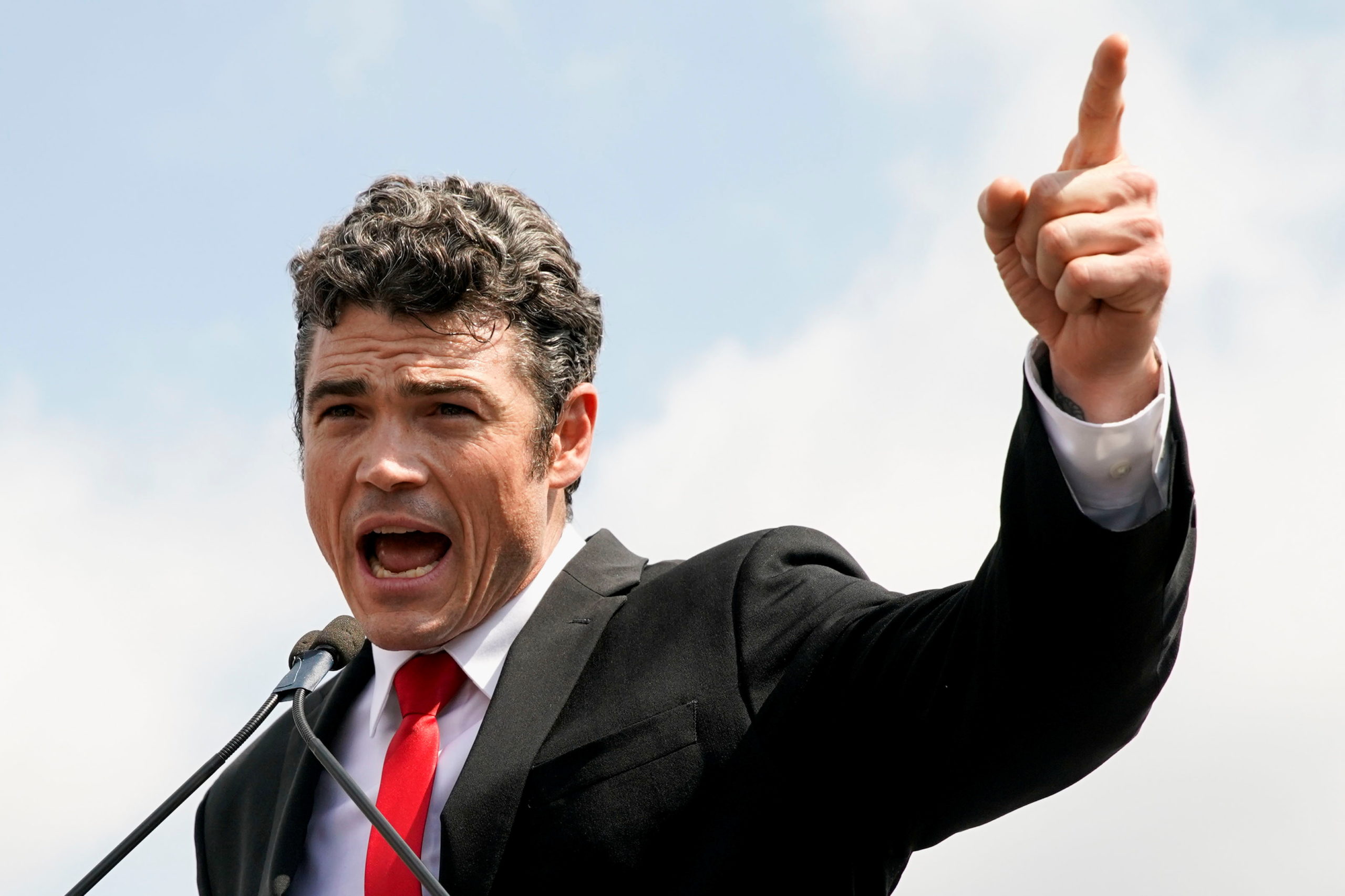 Joe Kent, who is running for Washington’s 3rd congressional district, delivers a speech during a rally in support of defendants being prosecuted in the January 6 attack on the Capitol, in Washington, U.S., September 18, 2021. REUTERS/Elizabeth Frantz

Kent aligned his campaign around Herrera Beutler’s impeachment vote, as well as claims about voter fraud in the 2020 presidential election. He has also suggested that the Federal Bureau of Investigation played a role in instigating the Jan. 6 Capitol riot. In addition, Kent has asserted that U.S. support for Ukraine is a distraction from domestic policy failures and that Russian President Vladimir Putin’s war aims are “very reasonable” and “a decent starting point.”

Heidi St. John, who received the third-most votes of any Republican in the race, ran a series of attack ads highlighting Kent’s support for Bernie Sanders in the 2020 Democratic presidential primaries. Kent responded to the criticism by alternately saying that populist Republicans and Democrats share “common ground,” and that his vote was “all strategy” to help Trump face a weaker opponent.