Mackey, who is slated to step down from the company he co-founded within six weeks, told Reason that socialists are capturing the country.

“My concern is that I feel like socialists are taking over,” Mackey said. “They’re marching through the institutions. They’re … taking over education. It looks like they’ve taken over a lot of the corporations. It looks like they’ve taken over the military. And it’s just continuing. You know, I’m a capitalist at heart, and I believe in liberty and capitalism. Those are my twin values.”

Mackey then voiced concerns that a “lot of liberties” are at risk.

“And I feel like, you know, with the way freedom of speech is today, the movement on gun control, a lot of liberties that I’ve taken for granted most of my life, I think, are under threat.”

Mackey told Reason he is stepping down from his role in part because he felt his freedom of speech was being stifled. 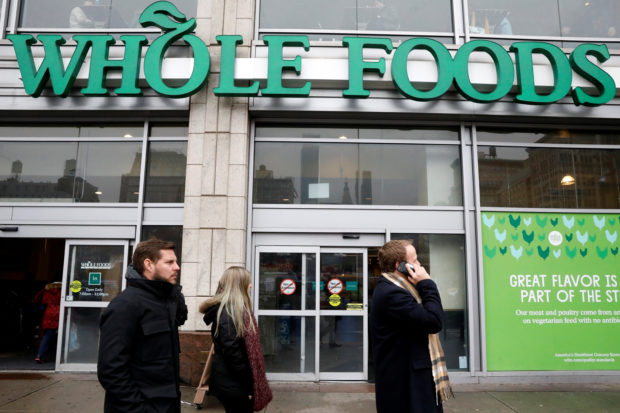 Mackey then took umbrage with younger generations’ work ethic and discussed the pandemic’s negative impact on the company’s ability to hire workers.

“A lot of people were making as much money, if not more money, not working at all. And so guess what? They chose not to come back to work. They got used to it,” Mackey said. “The younger generation … don’t seem to want to work.” (RELATED: Whole Foods CEO John Mackey Says ‘Best Solution’ For Health Care Problems Is To ‘Change The Way People Eat’)

“They only wanna work if it’s really purposeful, and they feel aligned to [it],” Mackey said. “You can’t hope to start with meaningful work. You’re gonna have to earn it over time. Some of the younger generation doesn’t seem to be willing to pay that price, and I don’t know why.”

Mackey also called the COVID-19 lockdowns the “stupidest thing” the government has done in the 21st century.

“So-called vaccinations didn’t really prevent COVID, which is what you expect a vaccination to do, and there’s been lots of side effects,” Mackey said, noting his wife had long issues from her booster shot. “It was experimental and they didn’t deliver as promised.”

Mackey said he plans on opening wellness centers and cafes once he steps down from Whole Foods, while also talking “more about politics.”