All schools and departments under the University of Tennessee have created their own “Diversity Action Plan” to promote diversity, equity and inclusion (DEI), according to documents made public by the National Association of Scholars.

The University of Tennessee mandated the creation of Diversity Action Plans for each academic department and academic college following the death of George Floyd, according to a press release. The plans were implemented in September 2020.

The College of Social Work states its mission is “grounded in anti-racism and social justice,” according to the documents. The college introduced a “social justice” minor for undergraduate students and implemented “theoretical frameworks” such as critical race theory into courses.

Students attending the College of Social Work are assessed on their “critical consciousness related to anti-racism and social justice” and 90% of the students have to score at least a 4 out of 5 on the assessment, the documents showed.

The College of Education, Health and Human Sciences appointed a DEI director and advisory board to oversee a campus-wide climate survey and to create all policies which “promote equity,” the documents stated. The plan also develops “inclusive language and images” for all “department-level printed and online by-laws, procedures, informational documents, promotional and recruitment materials.”

The College of Law requires applicants to submit a diversity statement and an explanation on how they will contribute to the colleges’ “diversity and inclusion mission,” the document stated. 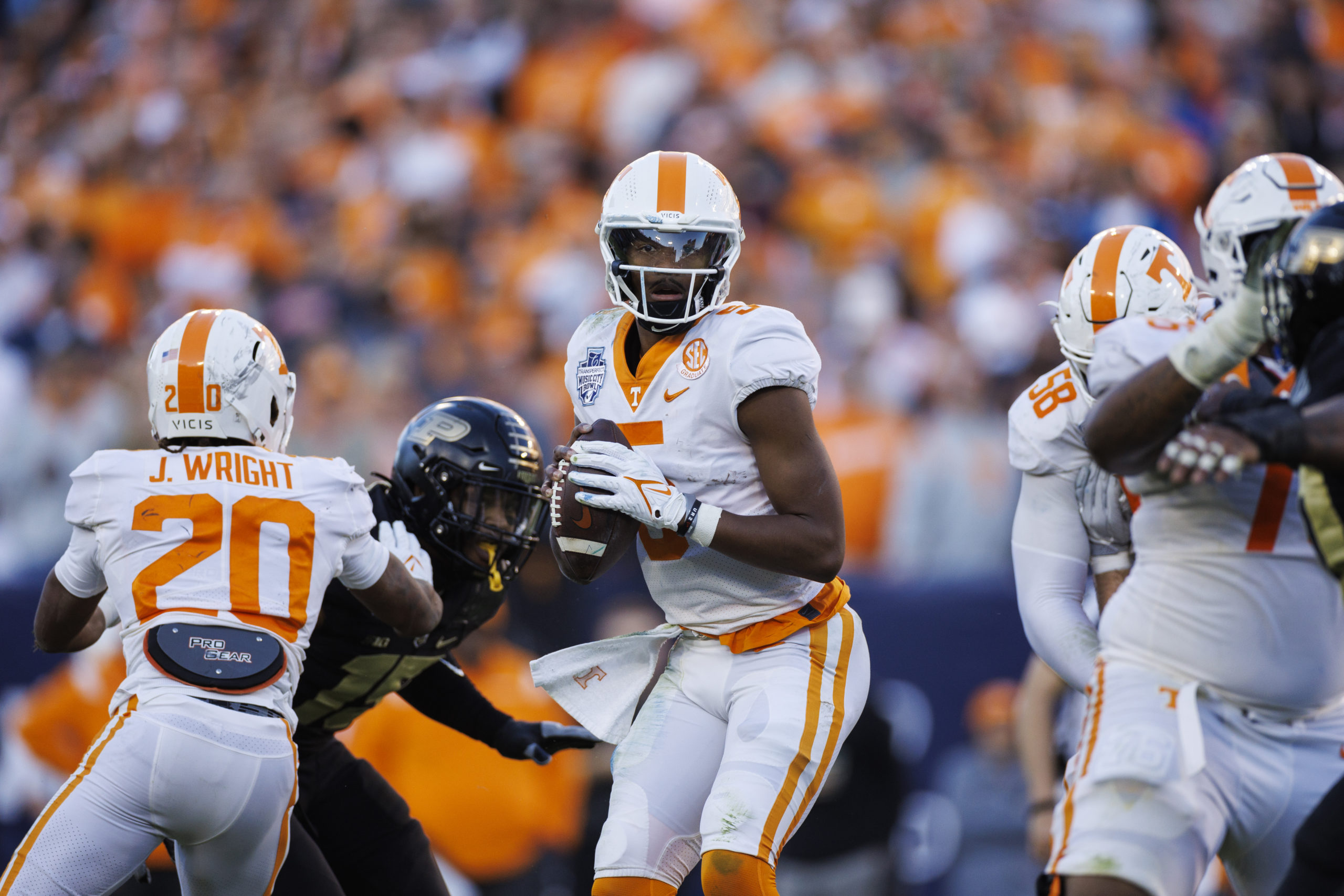 Hendon Hooker #5 of the Tennessee Volunteers moves in the pocket against the Purdue Boilermakers during the first half of the TransPerfect Music City Bowl at Nissan Stadium on December 30, 2021 in Nashville, Tennessee. (Photo by Brett Carlsen/Getty Images)

The Tickle College of Engineering Diversity Action Plan establishes an “anti-racism and allyship task force” to report to the dean any “activities and findings” the task force may discover. The plan also lists the creation of “meaningful mentoring programs and affinity groups” in order to “sustain a welcoming, supportive and inclusive campus climate.”

A DEI engineering seminar requires the students to write a two-page essay on their bias, the document stated. Faculty applying for the engineering college must include a personal statement on their diversity and inclusion beliefs.

The University of Tennessee, the athletic department, the College of Social Work, the College of Education, Health and Human Sciences and the Tickle College of Engineering did not immediately respond to the Daily Caller News Foundation’s request for comment.