Democratic legislators in California passed a bill on Monday that will create an unelected state-run board to impose minimum wage and working conditions standards on the state’s fast food restaurants.

The bill, known as A.B. 257, will establish a ten-member council, made up of state officials as well as worker and employer representatives, to set employees’ wages, hours and working conditions for California’s entire fast food industry. The bill stipulates that the council has the authority to issue health, safety and anti-discrimination regulations as well as set an industrywide minimum wage of up to $22 per hour, according to the bill’s text. (RELATED: California Dems Want Unelected State-Run Councils To Control The Fast Food Industry)

California’s minimum wage will be $15.50 per hour in 2023, according to the California Department of Industrial Relations.

Democratic Gov. Gavin Newsom of California, who has not yet taken a stance on the measure, will only need to sign the bill to pass it into law. However, the governor’s finance department claims that the bill’s measures will increase delays in the state’s labor enforcement system and result in “ongoing costs,” CalMatters reported.

The law was passed by a senate vote of 21 to 12 after being passed by the state assembly, according to state senate voting records. 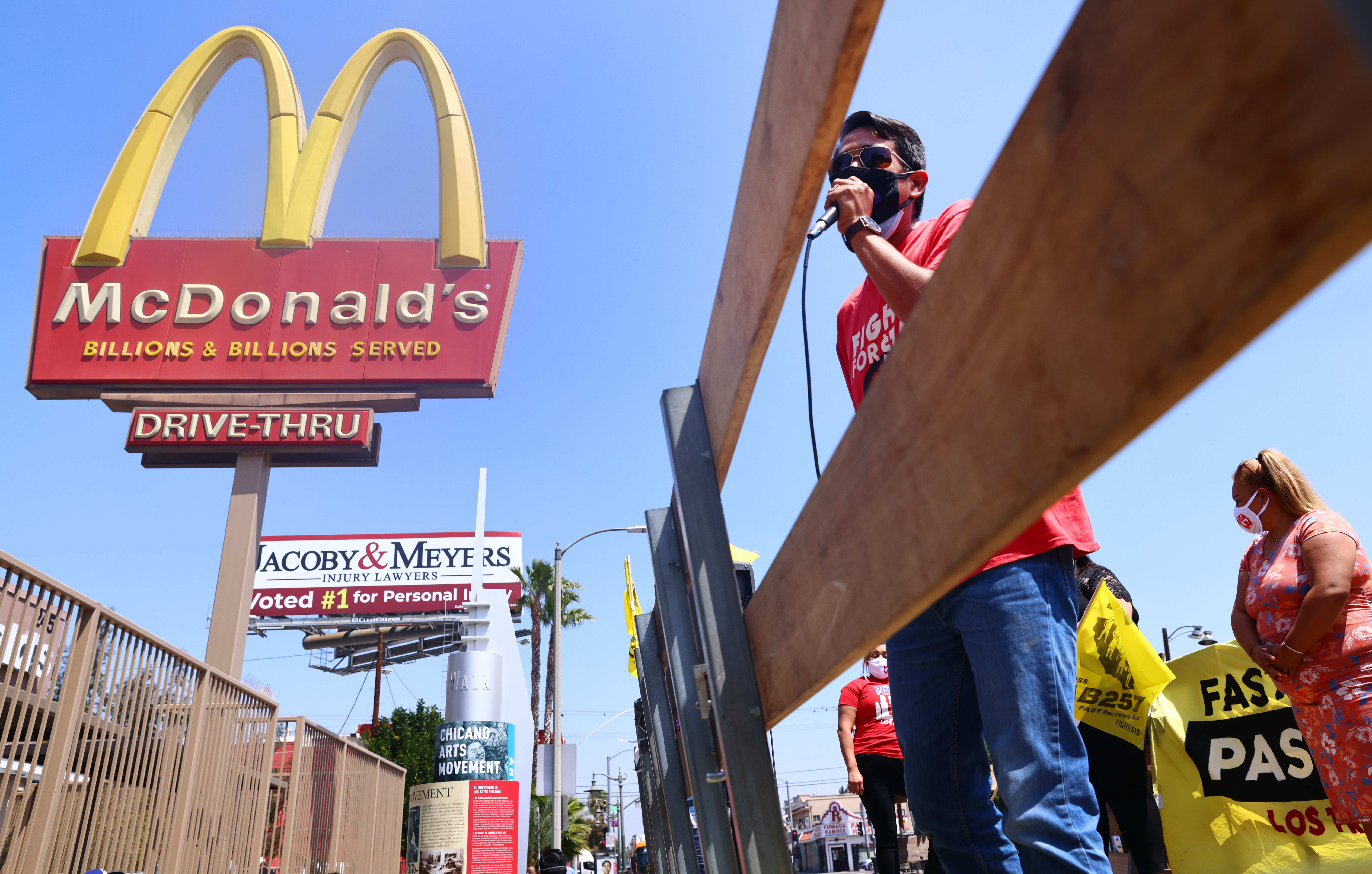 LOS ANGELES, CALIFORNIA – APRIL 16: Demonstrators gather at a rally of fast food workers and supporters for passage of AB 257, a fast-food worker health and safety bill, on April 16, 2021 in the Boyle Heights neighborhood of Los Angeles, California. (Photo by Mario Tama/Getty Images)

The council will operate for six years but can be reinstated by the state legislature. Moreover, the California Division of Labor Standards Enforcement will be in charge of administering the bill’s provisions that are aimed at helping fast food workers.

The new regulations may force consumers to pay up to 20% more for fast food, according to an Aug. 17 analysis of the bill conducted by the UC Riverside Business Center for Economic Forecasting and Development and funded by the International Franchise Association. The report argues that the bill would effectively establish a new food tax as roughly one-third of new compensation costs would be passed onto consumers and restaurants alike, exacerbating record-high levels of inflation.

Newsom’s office did not immediately respond to the Daily Caller News Foundation’s request for comment.