The Biden administration will stop oil and gas drilling on more than 58,000 acres of federally-issued land after reaching a legal settlement with environmental activist groups on Sept. 6.

The Interior Department’s (DOI) Bureau of Land Management (BLM) agreed to halt drilling permits on 113 oil and gas leases across 58,617 acres of land in Montana, North Dakota and South Dakota, according to the settlement. The DOI agreed to stop drilling after a coalition of environmental nonprofits led by WildEarth Guardians and the Sierra Club filed a lawsuit against the agency in January 2021. (RELATED: Biden Admin Admits Drilling Plan Will Force Dependence On Foreign Oil, Hike Prices)

“This is a sue and settle case,” Paul Seby, a lawyer who specializes in environmental issues at Greenberg Traurig, told the Daily Caller News Foundation. “It’s an abuse of the system and is being used to advance the policy goals of the Biden administration at the expense of the law.”

Seby stated that the administration is voluntarily agreeing to block drilling in the interests of the climate groups when such an action is not legally required under the Administrative Procedure Act, as the lawsuit was filed on the grounds of a procedural violation rather than a “substantive” one.

President Joe Biden vowed during his campaign to phase out fossil fuels and place a moratorium on oil and gas drilling to further his aggressive climate goals, an imposed an indefinite ban on new federal leases in January 2021 as one of his first acts as president.

The BLM will now review the climate impact of drilling and could cancel the leases and end drilling on sites where oil and gas exploration is currently ongoing if regulators determine that the environmental review process was not thoroughly conducted. Government agencies are required to consider climate impacts in their environmental reviews before approving any project; however, the activist groups claim that such impacts were not properly assessed when the leases were issued by the Trump administration in 2019 and 2020, according to the settlement.

The settlement is described as nonprecedential, meaning that judges are not required to follow its rulings in future cases, and contains no admission of wrongdoing by the BLM, limiting the scope of the case to the 113 leases referenced in the settlement.

“Public agencies are supposed to make decisions and those decisions are meant to remain unless they’re lawfully overturned,” Seby continued. “The administration is getting around that process by cutting a deal with NGOs.” 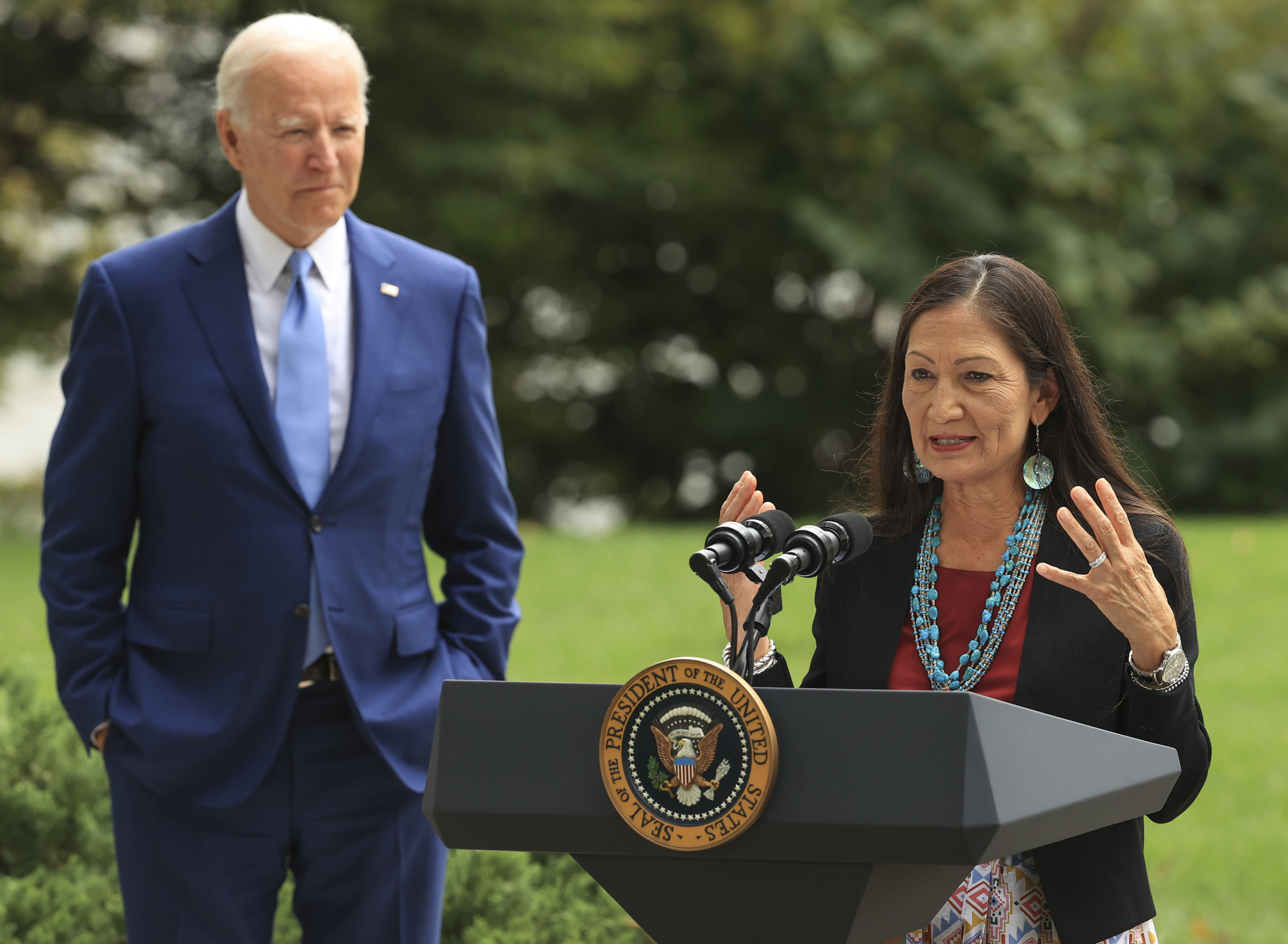 The moratorium is currently being challenged in court by Louisiana and 12 other states after the states filed a lawsuit against the Biden administration in April 2021.

“Federal leasing is among the most environmentally protective oil and gas programs in the world because it is so highly regulated but that is not sufficient for activists,” Western Energy Alliance vice president of public affairs Aaron Johnson told the DCNF. “Environmental activist groups for the past several years have challenged federal leases in court, and now with the Biden administration in office they can settle behind closed doors.”

“This agreement opens the door for the Biden administration to undo the Trump administration’s recklessness and disregard to the public interest,” said Jeremy Nichols, WildEarth Guardians’ climate and energy program director, according to a Sierra Club press release. “Oil and gas leasing is completely at odds with climate action, we applaud the administration for agreeing to do the right thing.”

WildEarth Guardians also claims that federal oil and gas leases give energy producers a license to “pollute,” according to a June press release.

Biden promised in late March to increase domestic oil production to help lower gas prices and address global supply shortages, according to a White House press release. Energy Secretary Jennifer Granholm also threatened in August to use “emergency measures” if U.S. fuel refiners did not increase their stockpiles of refined fuel products like diesel that the country is running low on.

The Biden administration has leased fewer acres of land for oil and gas drilling on federal properties than any administration in the last 76 years. Biden’s dramatic reduction in allocating lands for energy production comes amid soaring domestic electricity costs and fuel shortages.

The Democrats’ $369 climate spending bill, dubbed the Inflation Reduction Act, requires the federal government to auction millions of acres of oil and gas leases before it can allocate land for green energy production, according to the bill’s text.

“The goal of these groups is to keep energy resources in the ground,” Johnson stated.

The White House and the DOI did not immediately respond to the DCNF’s request for comment.