A bipartisan group of senators on the Health, Education, Labor, and Pensions (HELP) Committee called out public health officials’ response to the monkeypox outbreak, with Republicans suggesting that they would not support increased funding for several federal agencies.

Centers for Disease Control and Prevention (CDC) director Dr. Rochelle Walensky, White House Chief Medical Advisor Dr. Anthony Fauci, Food and Drug Administration Commissioner Dr. Robert Califf, and Health and Human Services Assistant Secretary Dawn O’Connell testified about the virus for more than two hours. Although all four witnesses expressed optimism about the Biden administration’s monkeypox response, most senators pushed back. The U.S. has reported 22,630 monkeypox cases, according to the CDC, although no people have died due to the virus.

HHS Secretary Xavier Becerra declared a public health emergency for monkeypox on Aug. 4, more than two months after the first case was reported in the U.S., according to CNBC. Republican Indiana Sen. Mike Braun questioned the need for an emergency declaration in the first place, noting the lack of fatalities and the federal government’s historical reluctance to declare emergency status.

Walensky cited the “increased number of new cases,” for the decision, noting that the declaration unlocks “increased funding and new resources.”

O’Connell claimed that the emergency declaration sent an “important signal to the community. It aligned with what the WHO did.”

Fauci repeatedly compared monkeypox to HIV/AIDS, and stressed the importance of “avoiding stigma” when discussing the new outbreak. The outgoing head of the National Institute of Allergy and Infectious Disease led the federal government’s HIV/AIDS response in the 1980s. Fauci faced widespread criticism from activists for his handling of that crisis. 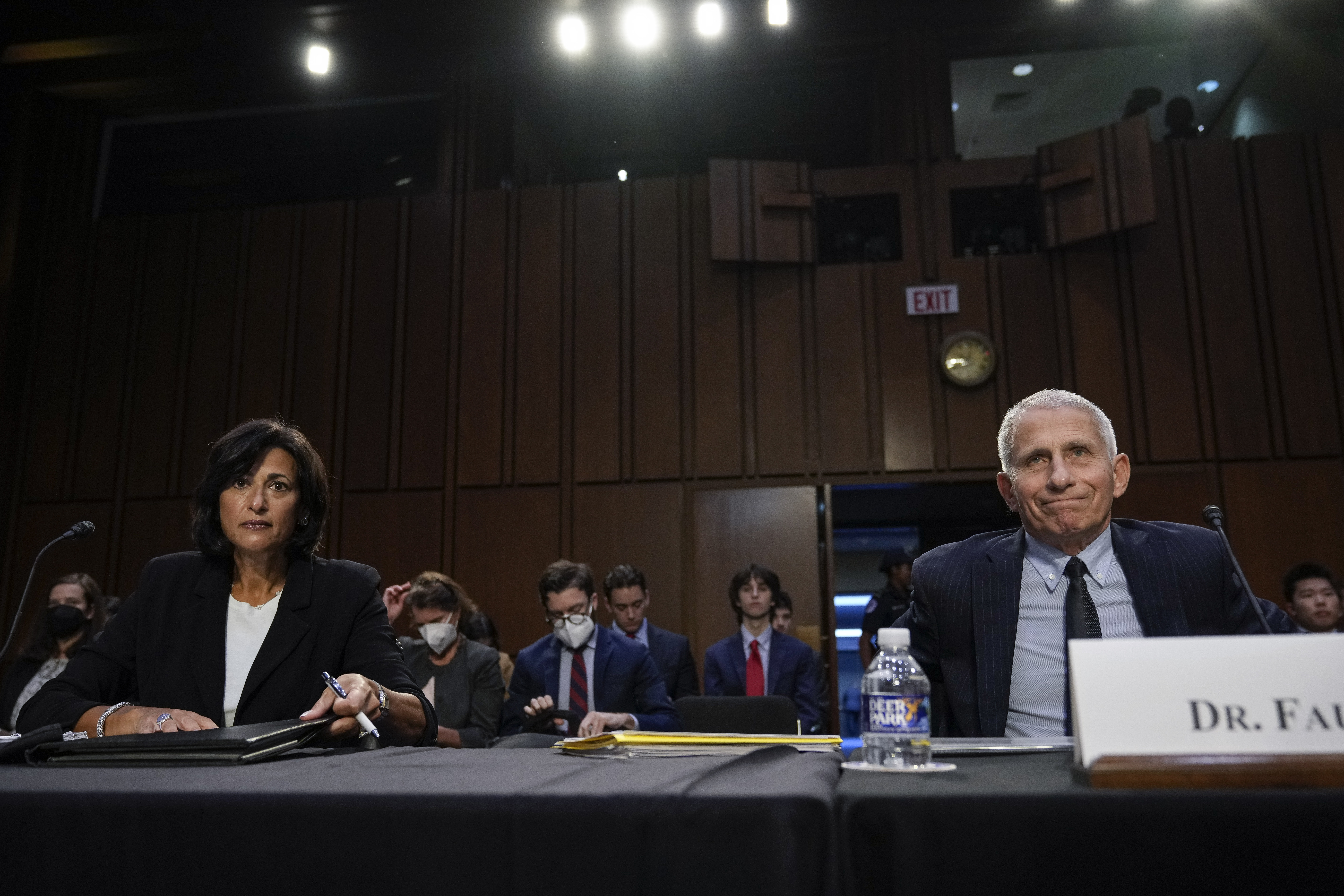 WASHINGTON, DC – SEPTEMBER 14: (L-R)  Centers for Disease Control and Prevention Director Dr. Rochelle Walensky and Dr. Anthony Fauci, director of the National Institutes of Allergy and Infectious Diseases, arrive for a Senate Committee on Health, Education, Labor and Pensions hearing about the federal response to monkeypox, on Capitol Hill September 14, 2022 in Washington, DC. The U.S. is working to contain the largest monkeypox outbreak in the world, with more than 22,600 cases across all 50 states. (Photo by Drew Angerer/Getty Images)

Democratic Minnesota Sen. Tina Smith noted vaccine distribution issues spurred on by the use of separate allocation systems for COVID-19 and monkeypox.

“This is happening at a time when challenges are falling on public health departments and staff that are exhausted and burned out after the last two-and-a-half years of responding to COVID-19,” she said. “It’s sort of exacerbated, I think by the department having trouble tracking shipments of vaccines through VTrckS, and monkeypox vaccines showing up unexpectedly.”

Walensky called on the senators to vote for President Joe Biden’s budget proposal, which would allocate $4.5 billion to public health agencies for monkeypox response, as well as $22.4 billion for COVID-19 response. The CDC director added that she expects “monkeypox to remain a global threat.”

Burr claimed that public health officials are too focused on blaming each other for the failures to respond to monkeypox, and not addressing the issue at hand.