Residents of Jackson, Mississippi, on Monday sued the mayor, the city and various other parties for failures that led to a lack of safe drinking water, according to court documents.

Jackson has had sporadic issues with its water system and has issued periodic boil notices for decades, but the city made national news in August when its running water was not only unsafe to drink but in some areas wasn’t running at all. Four plaintiffs brought a class action lawsuit against Democratic Jackson Mayor Chokwe Antar Lumumba, the City of Jackson, Siemens corporation, Siemens Industry, Trilogy Engineering Services and several Jackson officials seeking damages over the city’s dangerous drinking water, alleging the defendants knowingly exposed them to unsafe water.

Without reliable running water, some residents couldn’t flush their toilets and the city wasn’t confident it could put out potential fires, according to Republican Mississippi Gov. Tate Reeves. Prior to the most recent crisis, Jackson has had long-running issues with contamination in its water system.

“Access to clean, poison-free water is a fundamental human right,” the lawsuit reads. “The City of Jackson’s water supply has been neglected for decades, culminating in its complete shutdown in August 2022, leaving over 150,000 residents, 82.5% of whom are Black and over 24% are living in poverty, without access to running water.” (RELATED: Jackson’s Mayor Wanted To Create The ‘Most Radical’ City On Earth. Now They Have No Drinking Water)

“Yet, even before the water supply failed, Jackson’s water supply was not fit for human consumption due to the high levels of lead and other contaminants, in violation of Plaintiffs’ right to bodily integrity protected by the Due Process Clause of the Fourteenth Amendment, the federal Safe Drinking Water Act, and the Environmental Protection Agency’s Lead and Copper Rule, and other law,” it said. 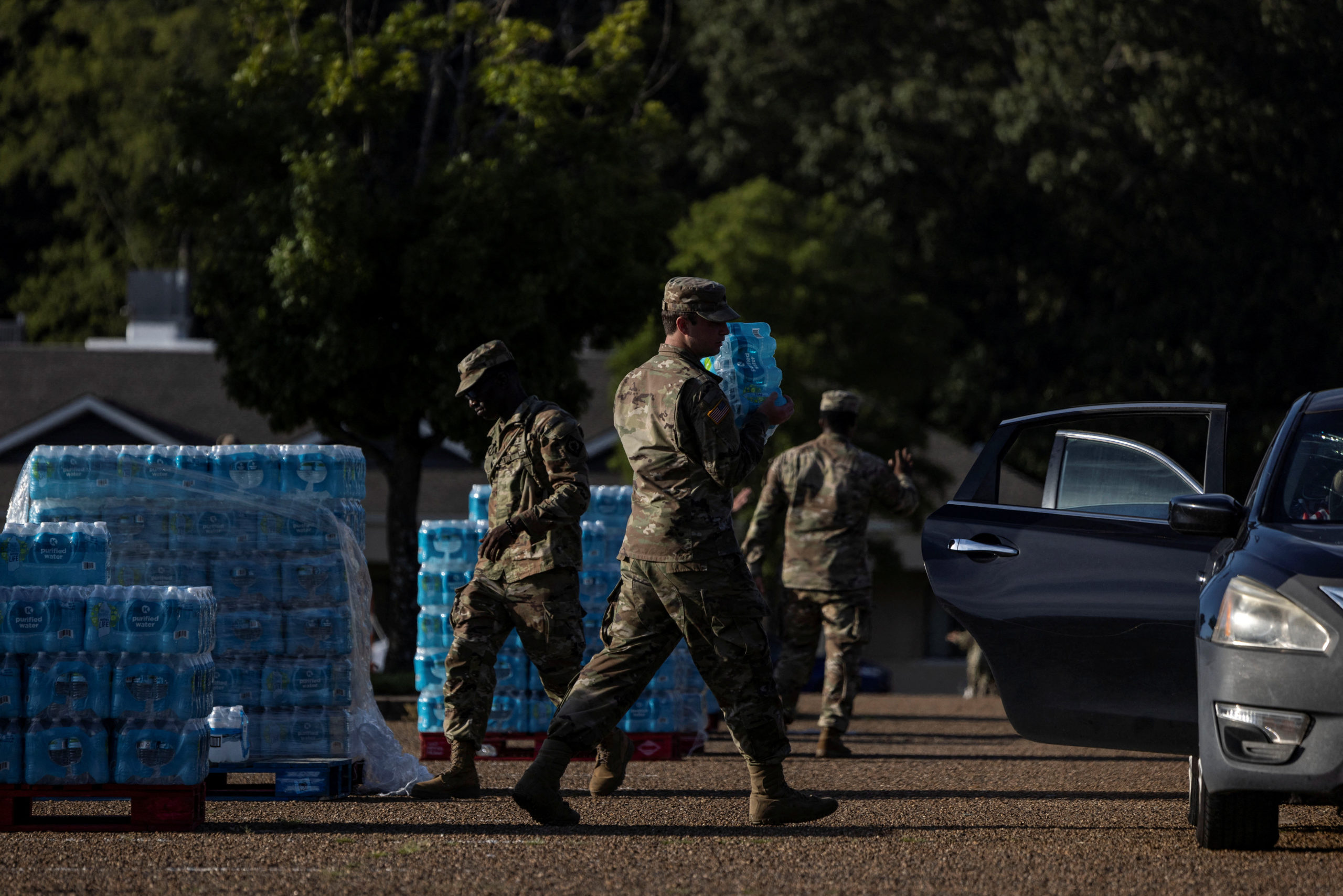 Members of the National Guard carry bottles of drinking water at a distribution site as the city of Jackson is to go without reliable drinking water. September 1, 2022. REUTERS/Carlos Barria

Jackson residents have suffered lead poisoning, dehydration, malnutrition, numerous health problems, mental anguish and brain and developmental injuries, along with lost earning potential, medical expenses and business income loss, the lawsuit alleges. It also emphasized the racial component of the city’s water crisis, pointing out that Jackson is 82% black and that its residents experience humiliation as a result of the crisis.

Children, who make up about a quarter of the city’s population, are at an increased risk of lead poisoning since their bodies absorb it more readily, according to the lawsuit. The plaintiffs allege that the defendants knowingly encouraged residents to drink contaminated water and told them it was safe, endangering children.

Lumumba, the attorneys who brought this case, Siemens and Trilogy Engineering did not respond to the Daily Caller News Foundation’s requests for comment. The City of Jackson declined to comment.