TikTok announced plans to ban all forms of campaign fundraising on its app Wednesday morning, just weeks ahead of midterm elections in the U.S.

In addition to this fundraising ban, which TikTok framed as an extension of existing policies that prohibit political advertising, the app is planning to offer verification to government officials, politicians and political parties to ensure users are aware of what content is made by public figures, according to TikTok’s press release. The announcement comes less than one week after a TikTok executive repeatedly refused to stop sending U.S. users’ data to China, and denied allegations in a bombshell Buzzfeed News report that employees in Chinese-based parent company ByteDance are able to see that data. (RELATED: TikTok Exec Refuses To Stop Sending Data To China)

“We don’t proactively encourage politicians or political parties to join TikTok, but we welcome those that have chosen to and want to ensure our community knows the source is authentic when watching that content,” said Blake Chandlee, president of Global Business Solutions at TikTok, in the company’s press release. “TikTok is first and foremost an entertainment platform, and we’re proud to be a place that brings people together over creative and entertaining content.”

The verification process can either be initiated voluntarily by a relevant account, or automatically if TikTok believes that the account is being operated by a political figure, according to The Verge, citing a TikTok spokesperson. In addition to these changes, TikTok will also begin to flag videos that it believes contain “false or unconfirmed” election-related information. 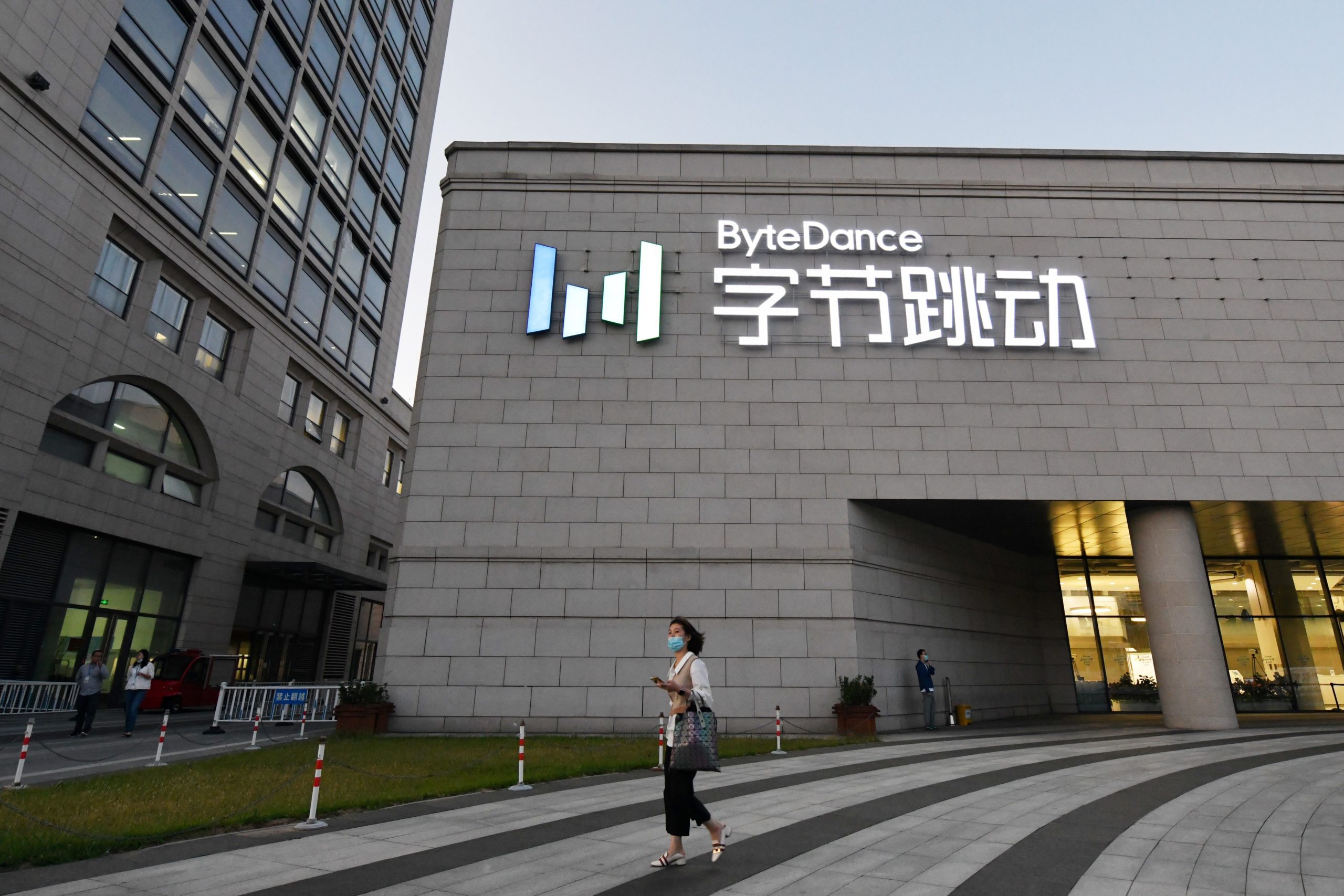 A woman walks past the headquarters of ByteDance, the parent company of video sharing app TikTok, in Beijing on September 16, 2020. (Photo by GREG BAKER/AFP via Getty Images)

Verification of accounts by governments, political parties and politicians would preclude them from monetizing content on TikTok through features such as tipping, according to TikTok policy. These types of accounts are limited to politicians, candidates, political parties, governments, government officials, political action committees and spokespeople representing those groups, meaning that politically active users and non-government organizations involved in politics will still have access to these features.

“By prohibiting campaign fundraising and limiting access to our monetization features and verifying accounts, we’re aiming to strike a balance between enabling people to discuss the issues that are relevant to their lives while also protecting the creative, entertaining platform that our community wants,” said Chandlee.

The move comes about a month and a half before the U.S. midterm elections on Nov. 8.

TikTok referred the Daily Caller News Foundation to its statement, and declined to estimate the amount of funding that is generated for political campaigns and parties on TikTok.