In early August, Republican Mehmet Oz winning his Pennsylvania Senate race against Democrat John Fetterman would have seemed unlikely. Now, his chances are approaching a coin-toss.

“We’re seeing all these races tighten, especially with Biden’s numbers,” Trafalgar Group chief pollster Robert Cahaly told the Daily Caller. Oz is no exception, he explained, with most of the movement stemming from the unpopularity of Fetterman’s policy positions and Democrats nationwide.

Oz emerged from a seven-candidate primary with just 31.2% support, while his two top competitors combined for over 55%. Polls taken throughout the summer showed Oz trailing Fetterman outside the margin of error, although new data suggests the candidates are running closer. The Republican nominee has struggled to fundraise in-state, while the Fetterman campaign has run ads blasting Oz as a carpetbagger and highlighting the Democrat’s opposition to free trade.

“What is helping is when Oz talks about crime, when they talk about Fetterman wanting to empty the prisons,” Cahaly added. (RELATED: Pennsylvania Dem Senate Candidate Sought To Empty Prisons While In Power, Records Show)

Capping a strong news cycle, Oz appeared in two drug-riddled Philadelphia neighborhoods on Sept. 19. He spoke with residents about crime issues as staffers passed out Narcan before convincing four Philadelphians to go to a drug detox clinic nearby. The visit demonstrated Oz’s dedication to all parts of Pennsylvania, campaign communications director Brittany Yanick told the Daily Caller.

“Dr. Oz is criss-crossing the commonwealth meeting with voters who are concerned and frustrated by increased energy costs, rising inflation, and skyrocketing crime hurting our communities,” she said in a statement. 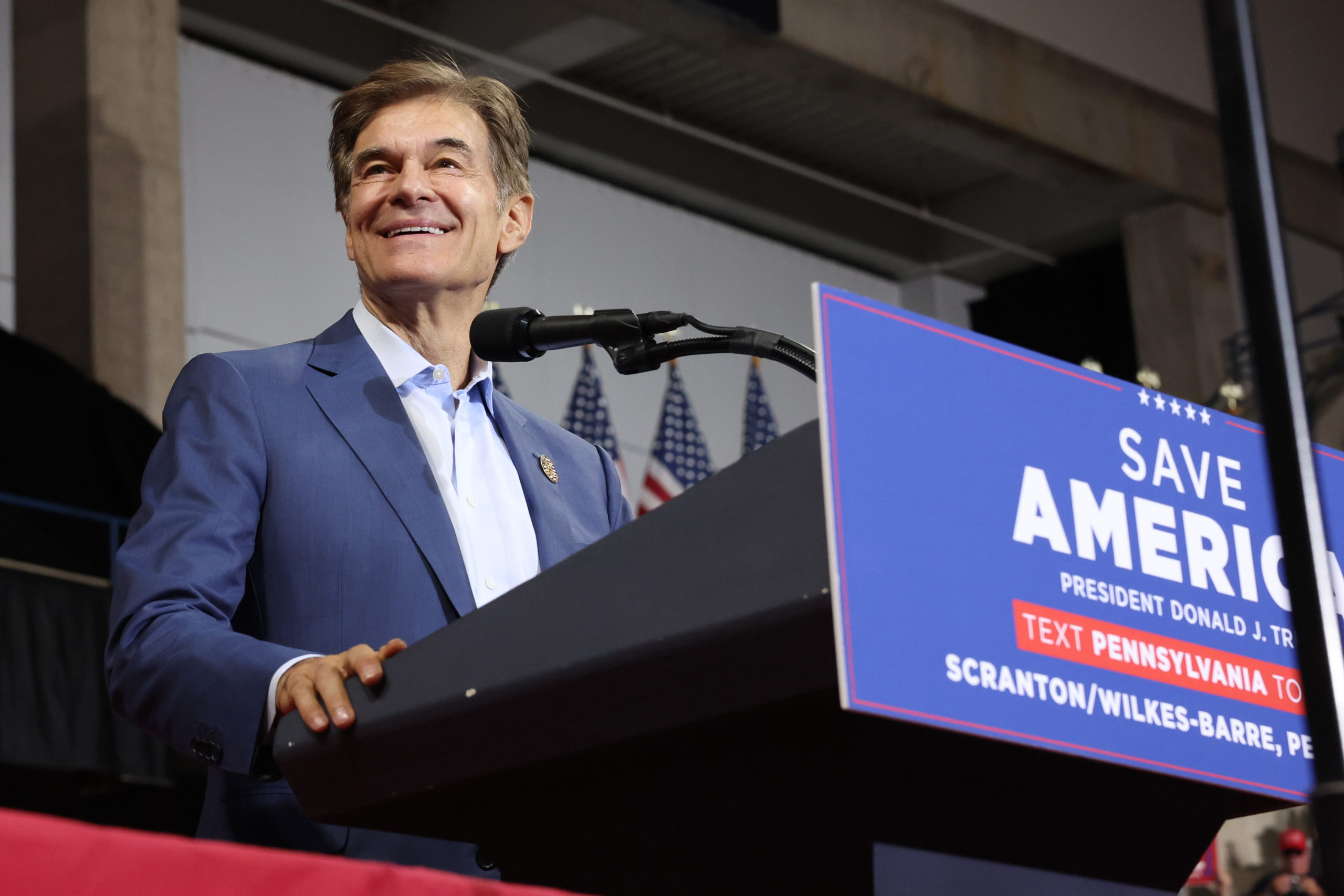 The Oz campaign has called out Fetterman’s health as part of a broader shift towards a base turnout strategy. The Democrat agreed to debate on Oct. 25, just two weeks before Election Day and more than a month after mail-in and absentee ballots become available, as he continues to recover from a major stroke. (RELATED: Oz Campaign Claims John Fetterman Is ‘Too Sick’ After Democrat Declines To Participate In Debate)

Three longtime Republican campaign hands believe that Oz must instead appeal to crossover voters. All three GOP operatives spoke with the Daily Caller on condition of anonymity in order to candidly discuss the Oz campaign’s struggles, as well as offer advice.

In attempting to highlight Fetterman’s health, the Oz campaign called out the candidate’s diet. Fetterman has been public about struggles with his weight, losing 148 pounds in 2018.

“If John Fetterman had ever eaten a vegetable in his life, then maybe he wouldn’t have had a major stroke and wouldn’t be in the position of having to lie about it constantly,” senior communications advisor Rachel Tripp told Insider.

A longtime Republican campaign advisor explained that Oz’s entire messaging around vegetables has been off-putting.

“That is just bad messaging. No voter wants to be lectured at by a politician, ‘eat your vegetables,'” he explained. “It sounds mean, it’s probably losing votes, and it’s not on message.”

Like many first-time Senate candidates, Oz has struggled to stay on message. His candidacy has also been punctuated by a series of gaffes. Oz posted a video to Twitter in early April of himself shopping at a Redner’s grocery store. Although the candidate intended to highlight inflation and rising food prices, social media users mocked Oz for calling the store “Wegner’s” and calling a vegetable platter “crudites.”

Inflation is hurting American families. Under Joe Biden, gas prices are skyrocketing and food prices are rising. We must stop the reckless spending. This is outrageous! Thanks a lot, Joe. pic.twitter.com/8kNil6upn8

“Whoever did the crudites campaign video that Oz put out, staff should have seen that and said, ‘hey we can’t put this out because you messed up the name of the grocery store,'” the campaign advisor said, pinning the blame on Oz’s communications staff.

“It is much easier to make fun of Republicans than it is Democrats in the national media. We should not be surprised that that bias exists and it works to Democrats’ advantage,” the staffer said, attributing Oz’s struggles to his campaign “making stupid errors.”

“I would be less online and more in the field,” the staffer explained.

Yanick pushed back on concerns that the campaign is focusing too much on social media attacks, saying, “races aren’t won on Twitter, they’re won on the issues.”

Oz appeared to throw his aides under the bus in an Aug. 30 interview, telling KDKA radio hosts Larry Richert and Marty Griffin that “the campaign is saying lots of things” about Fetterman’s health in statements and on social media.

“My position is I can only speak to what I’m saying,” he said.

The Oz campaign has begun to coalesce around an anti-crime message. It has highlighted Fetterman’s call to release up to one-third of Pennsylvania’s prisoners, and his support for paroling violent felons. Polling averages have continued to show the Democrat leading by about four points. Other data has shown President Joe Biden’s approval rating creeping up from its July low, a boon to down-ballot Democrats.

“Dr. Oz is focused on reducing the record levels of crime and combating rising inflation, while Fetterman wants to raise taxes and release one-third of prisoners in Pennsylvania. Dr. Oz will win because his policies and message align with Republicans, Independents, and many conservative Democrats,” Yanick said.

Violent crime is “something independent voters really care about,” that strategist, a former Senate aide, noted. The former aide predicted that polls will tighten closer to Election Day, noting data from CBS News showing that Pennsylvania voters are primarily concerned about the economy and inflation.

“The movement will really start to take hold in the next few weeks because the ad blitz started after Labor Day. Now we’ll start to see if polls take hold,” the former aide said.

Political commentators have suggested that socially conservative voters are the part of the Republican coalition most skeptical of Oz. The candidate hosted transgender activists and doctors who perform sex-change operations on his daytime talk show. Oz was also one of more than 400 Republicans who signed a letter urging GOP senators to support the Respect for Marriage Act, which would affirm the legality of same-sex marriage. He has also repeatedly flip-flopped on abortion.

Oz’s long record in public life means that he will not be able to redefine his stances on issues like abortion the way other candidates have, all three strategists agreed. They disagreed, however, on how his celebrity status will impact the campaign.

“It’s very hard to get past who Dr. Oz is and what he’s done,” the communications staffer said. 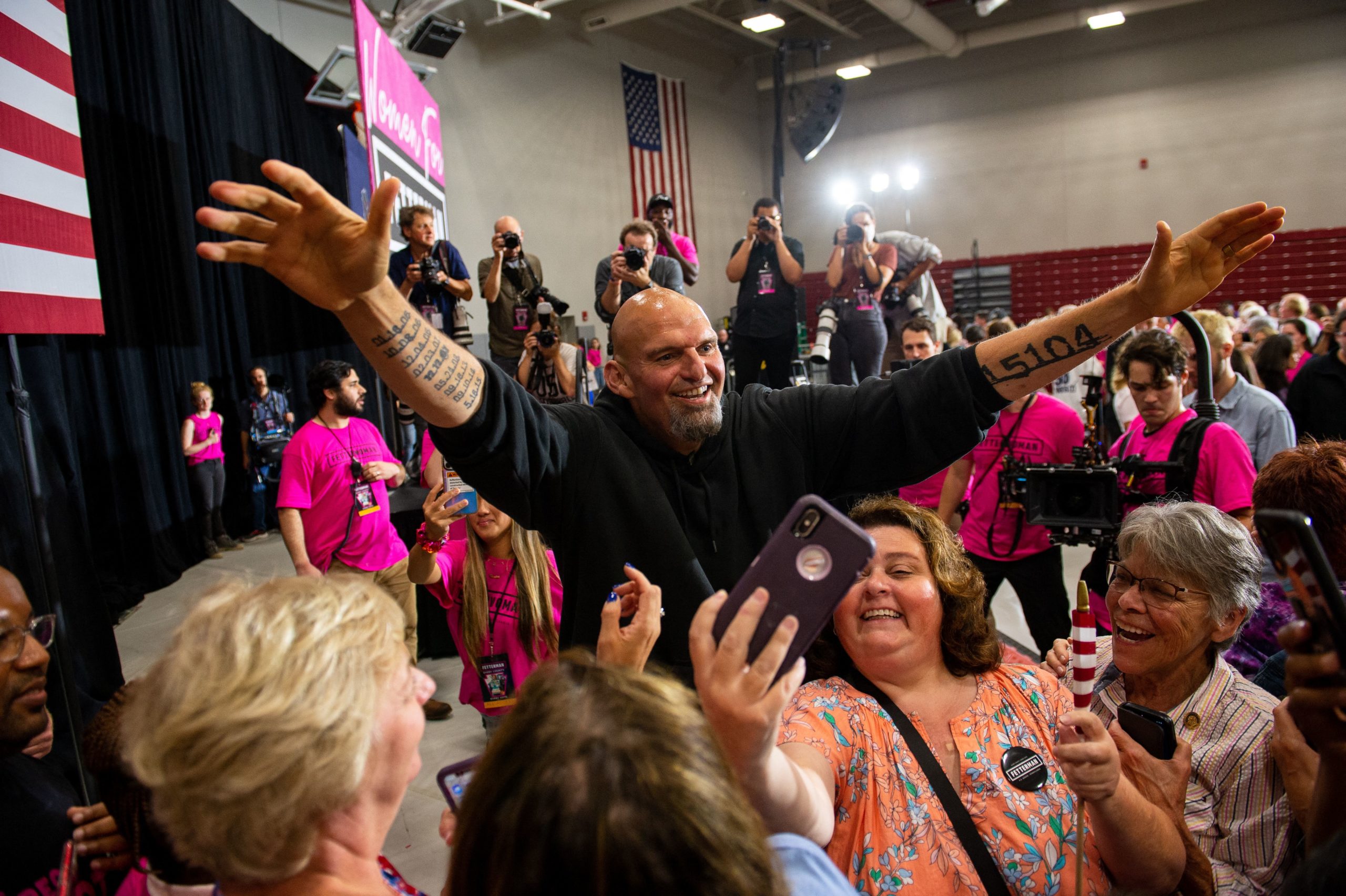 “Embracing being successful and famous is the only tactic Oz can take,” he pushed back. “He’s still doing a little bit of work to make sure all of his Republican voters turn out for him. That will be more about exposing Fetterman and the Biden agenda than abortion.”

“Those are not massive issues at this point,” he said. (RELATED: Major Pollster Increases Republicans’ Predicted Midterm Advantage—Abortion Ruling Not Moving The Needle For Dems)

The Oz campaign has also begun to change the way in which it addresses Fetterman’s stroke. Oz challenged the Democrat to agree to a series of debates before the election, which Fetterman declined. Fetterman also rejected an invitation from local CBS affiliate KDKA, leading to calls from the Pittsburgh Post-Gazette and The Washington Post for him to appear alongside his Republican counterpart.

The “floodgates really opened” after the Pittsburgh Post-Gazette editorial, the former Senate aide argued. “That became the permission structure to allow other media to start raising legitimate questions that they should have been raising for weeks.”

The former aide added that the Oz campaign must tie Fetterman’s health to his ability to serve as a senator.

“There’s a tonality to it. He’s making a play for independent voters and you can’t be too nasty about it. But there’s a basic 3am phone call message,” he explained.