Former President Donald Trump’s lawyers requested the Supreme Court to overturn a lower court’s ruling regarding the Mar-a-Lago raid, saying Tuesday that not allowing the Special Master to review all the seized documents “erodes public confidence in our system of justice.”

On Sept. 21, the 11th Circuit allowed the Department of Justice (DOJ) to keep looking at “classified” documents the FBI seized from Trump’s Florida residence in August, after the DOJ appealed their case.

Judge Aileen Cannon had previously put a pause on the DOJ’s review while a neutral Special Master was being appointed to review all documents, but after the appeals court’s ruling, the third party watchdog can only review materials not bearing classification markings.

The DOJ now has access to roughly 100 documents bearing classification markings, which Trump’s lawyers have claimed were declassified by the former president.

Trump’s request to the Supreme Court was specifically addressed to Justice Clarence Thomas, and asks for the Special Master to have access to the “classified” materials again, claiming that the 11th Circuit “lacked jurisdiction” to stay Cannon’s order.

“This unwarranted stay should be vacated as it impairs substantially the ongoing, time-sensitive work of the Special Master. Moreover, any limit on the comprehensive and transparent review of materials seized in the extraordinary raid of a President’s home erodes public confidence in our system of justice,” the application to the Supreme Court read. 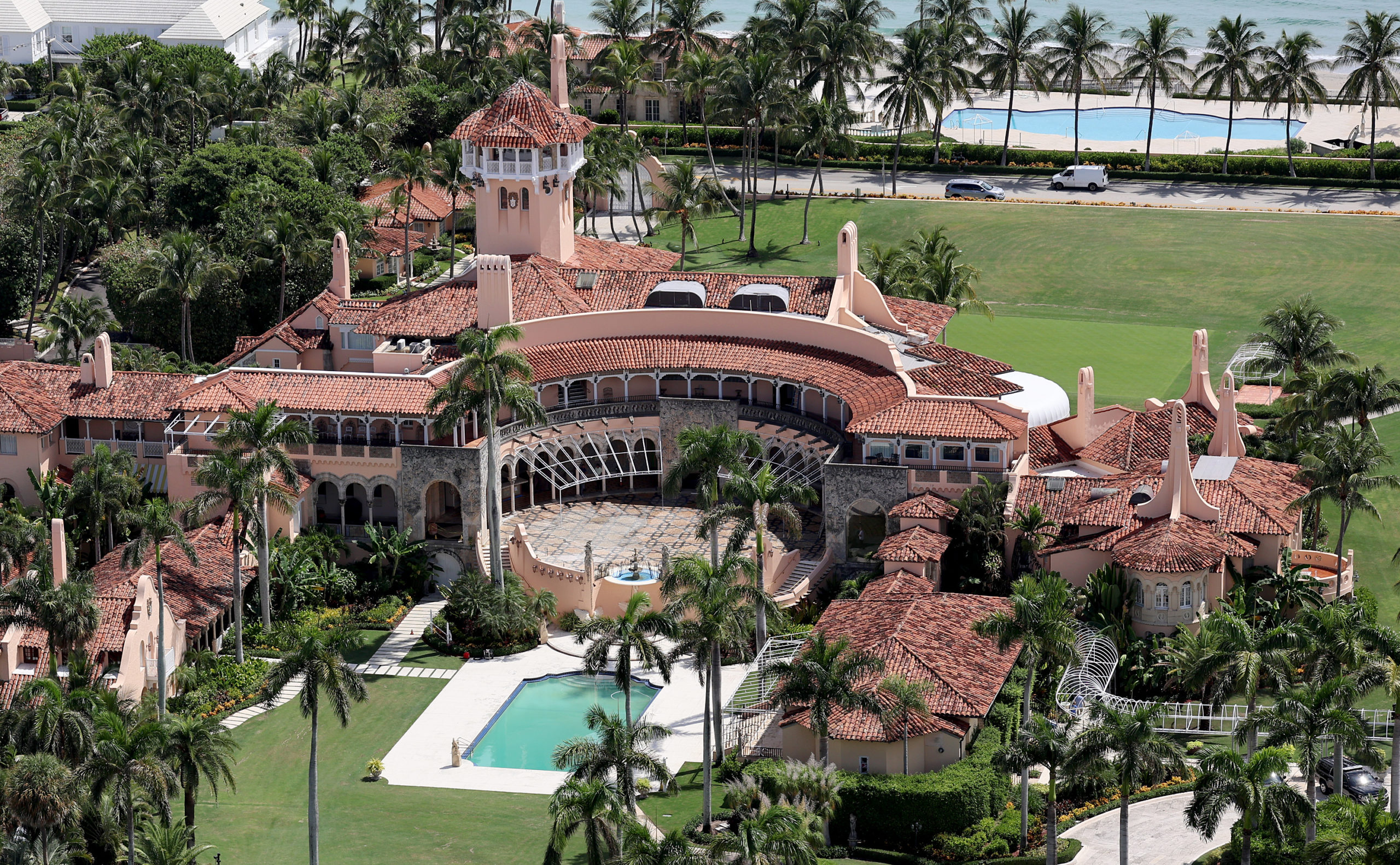 PALM BEACH, FLORIDA – SEPTEMBER 14: In this aerial view, former U.S. President Donald Trump’s Mar-a-Lago estate is seen on September 14, 2022 in Palm Beach, Florida. Trump’s legal team is currently negotiating with the Justice Department regarding the selection of a Special Master to review documents, some marked Top Secret, seized when the FBI searched the compound. (Photo by Joe Raedle/Getty Images)

The DOJ has claimed it needs to review the “classified” materials due to their potential of being national security risks. The 11th Circuit mentioned this concern in their ruling, stating, “It is self-evident that the public has a strong interest in ensuring that the storage of the classified records did not result in ‘exceptionally grave damage to the national security.’” (RELATED: Trump Lawyers Oppose DOJ’s Request To Review Classified Mar-A-Lago Documents)

In the request to the Supreme Court, Trump’s lawyers state that the Special Master looking over all documents before the Biden administration’s DOJ has access is an “intermediary procedural step to conduct an orderly, transparent, and fair review of the seized materials.”