A federal judge in Texas ruled that the Biden administration overstepped in issuing protections for LGBTQ employees by allowing them to use bathrooms based on their gender identity.

The U.S. Equal Employment Opportunity Commission (EEOC) released guidance in 2021 aiming to protect LGBTQ individuals from discrimination in the workplace, allowing them to use bathrooms and pronouns that correspond with their gender identity. U.S. District Court Judge for the Northern District of Texas Matthew Kacsmaryk ruled these protections went too far and that Title VII of the Civil Rights Act of 1964 bars the LGBTQ community from discriminatory hiring practices “but not necessarily all correlated conduct,” including bathroom and pronoun use. (RELATED: Most Americans Less Likely To Vote For Candidates Who Let Biological Males Compete In Women’s Sports)

The guidance from the EEOC came after the U.S. Supreme Court ruling of Bostock v. Clayton County which decided that Title VII extends to protect individuals in the workplace from discrimination based on sexual orientation and gender identity. Several LGBTQ employees sued after losing their jobs because of their sexual orientation and gender identity.

In September 2021, Texas Attorney General Ken Paxton sued the Biden administration for the guidance saying it “increases the scope of liability for all employers.” Paxton argued that the states have the right to act under their own policies rather than guidance from the state. 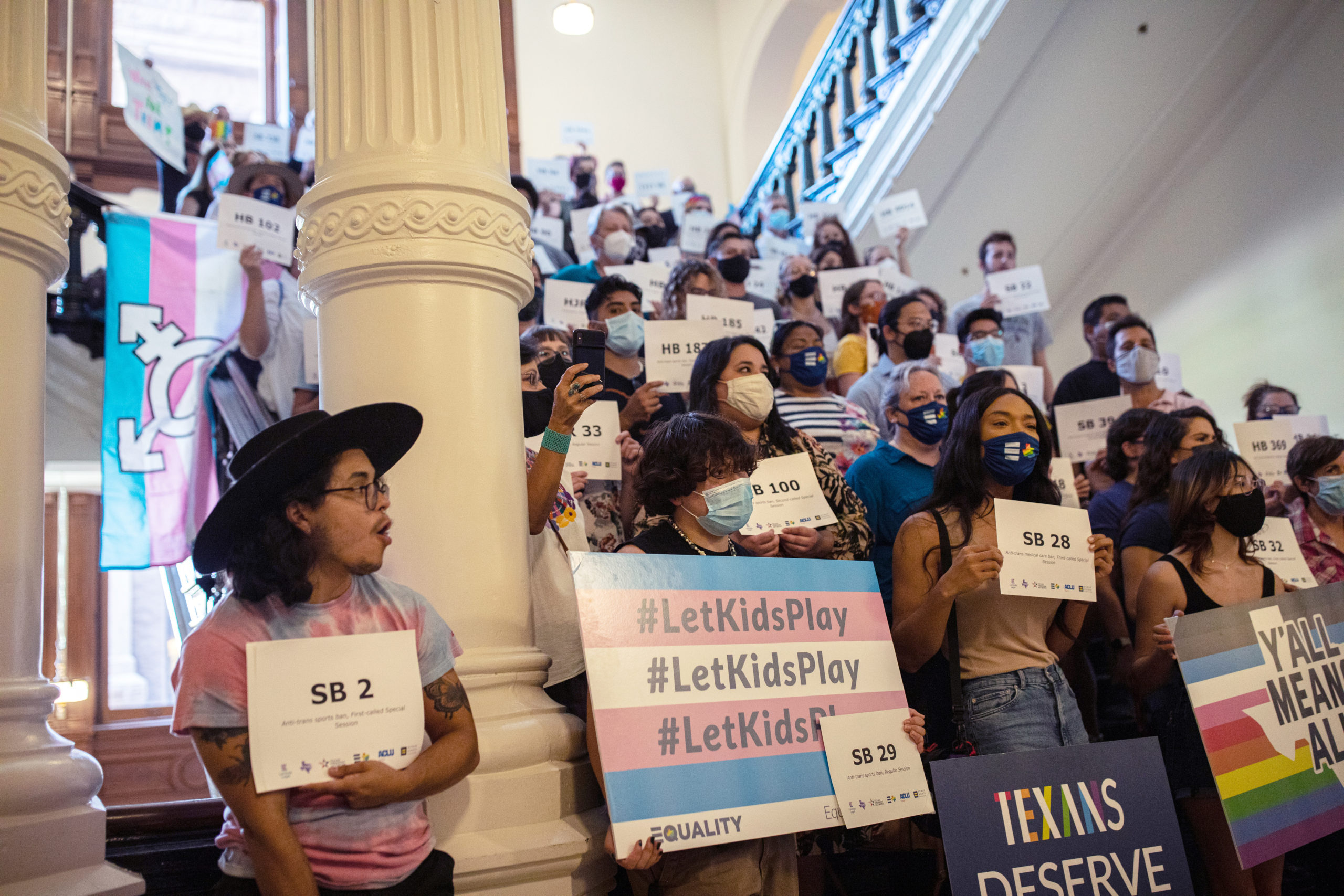 LGBTQ rights supporters gather at the Texas State Capitol to protest state Republican-led efforts to pass legislation that would restrict the participation of transgender student athletes on the first day of the 87th Legislature’s third special session on September 20, 2021 in Austin, Texas. (Photo by Tamir Kalifa/Getty Images)

“The court decision is not only a win for the rule of law, but for the safety and protection of Texas children,” Paxton said in a press release. “The Biden Administration’s attempts to radicalize federal law to track its woke political beliefs are beyond dangerous. I will continue to push back against these unlawful attempts to use federal agencies to normalize extremist positions that put millions of Texans at risk.”

In June, the Biden administration proposed changes to Title IX which would protect students from being discriminated against on the basis of sexual orientation and gender identity. Institutions that receive federal funding, such as schools, would have to accommodate individuals in every sex-separated space such as locker rooms, bathrooms and sports.

The EEOC and Paxton’s office did not immediately respond to the Daily Caller News Foundation’s request for comment.