More than 60% of voters are less likely to back candidates who support allowing biological men to compete in women’s sports, according to a September CRC Research poll obtained by the Daily Caller News Foundation.

Approximately 49% of voters are “much less likely” and 13% of voters are “somewhat less likely” to choose a candidate who is in favor of permitting biological men to compete in women’s athletics, according to the poll. About 86% of Republicans, 65% of Independents and 37% of Democrats said they were less likely to vote for a candidate who support transgender athletes. (RELATED: 5-Year-Olds Shouldn’t Learn About Sexuality, Gender Ideology In Schools, Majority Of Voters Say)

Of the voters, 57% believe the transgender movement undermines “significant opportunities and essential protections for women,” the poll showed. Nearly 45% of Democratic voters and 69% of Republican voters believe this statement to be true.

In June, the Biden administration unveiled changes to Title IX to protect individuals from discrimination on the basis of “gender identity” and “sexual orientation.” The proposed changes would require every sex-separated space, bathrooms, buildings and programs, including sports teams, to accommodate individuals based on gender identity rather than biological sex.

About 63% of voters said they oppose, with 49% saying they strongly oppose, the change to Title IX which affects sports teams, the poll showed. More than 41% of Democrats and 67% of Independents said they oppose the revision. 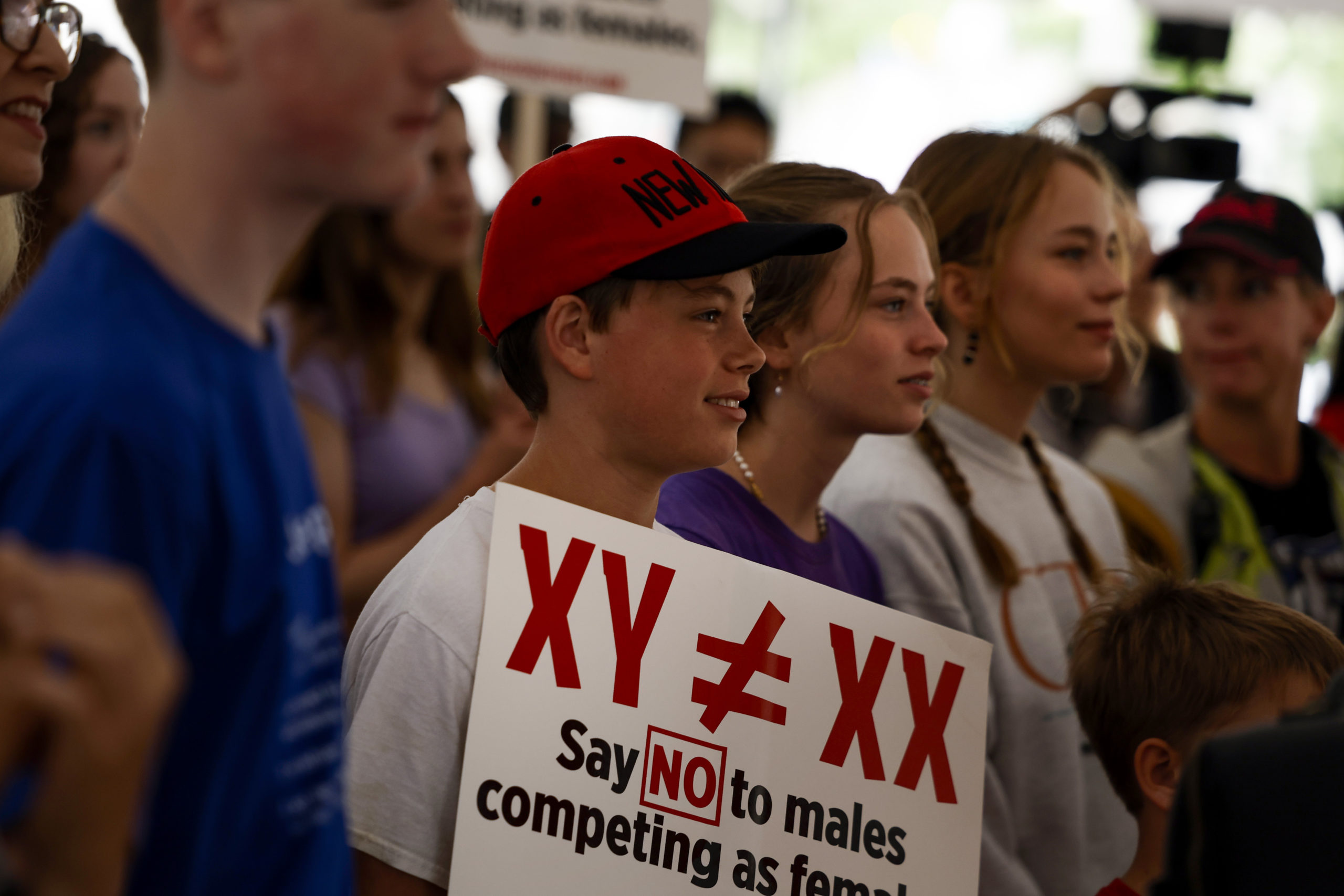 Demonstrators listen to the speaking program during an “Our Bodies, Our Sports” rally for the 50th anniversary of Title IX at Freedom Plaza on June 23, 2022 in Washington, DC. The rally, organized by multiple athletic women’s groups was held to call on U.S. President Joe Biden to put restrictions on transgender females and “advocate to keep women’s sports female.”(Photo by Anna Moneymaker/Getty Images)

The comment period for the Title IX changes closed Sept. 12,  as parental rights grassroots organizations push back against the revisions. A portal through Heritage Action submitted more than 11,000 comments, accounting for at least 10% of the proposed comments.

In March, transgender swimmer Lia Thomas was permitted to compete in the NCAA Division I Women’s Swimming championships. Virginia Tech swimmer Reka Gyorgy was unable to compete in the finals after finishing 17th because Thomas had finished before her and claimed a spot.