China recruited highly-skilled pilots who retired from the British military to train fighters in the People’s Liberation Army, according to the New York Times.

A senior British defense official said the practice began some time before the coronavirus pandemic, but that instances of former military pilots, some of whom flew advanced fighter jets, going to work for the People’s Liberation Army had grown more frequent in recent months, the NYT reported. The official worried the practice could threaten the UK’s national security and said the U.K. was collaborating with allies, some of whom Beijing has also targeted for recruiting trainers.

The official declined to specifically name the other countries the US was working with, according to the NYT.

“We are taking decisive steps to stop Chinese recruitment schemes attempting to headhunt serving and former U.K. Armed Forces pilots to train People’s Liberation Army personnel in the People’s Republic of China,” a U.K. Ministry of Defense (MOD) spokesperson told the Daily Caller News Foundation in a statement. (RELATED: US Air Force ‘Got Its Ass Handed To It’ In War Game Against Simulated Chinese Attack)

As many as 30 former members of the Royal Air Force and other branches of the U.K. armed services accepted contract offers of up to $270,000 through a third-party recruiting company in South Africa, the NYT reported.

None of the retired pilots appear to have violated the Official Secrets Act, which deals with espionage and related crimes, according to the NYT.

“All serving and former personnel are already subject to the Official Secrets Act, and we are reviewing the use of confidentiality contracts and non-disclosure agreements across Defence,” the MoD spokesperson told the DCNF.

While the U.K. does not have clear legislation to block contracts with the PLA, the country has determined to revise laws that allow former servicemembers to provide training support for members of foreign militaries, the official told the NYT.

Britain’s National Security Bill, passed in June to address espionage and other foreign influence threats, “will create additional tools to tackle contemporary security challenges – including this one,” the spokesperson added.

None of the former pilots trained on the F-35, the most advanced warplane in the U.K. fleet, but the PLA fighters pressed the U.K. veterans for information on British and Western maneuvers, the NYT reported.

The MoD spokesperson did not answer the DCNF’s question regarding whether the PLA forces were able to observe or access information about any proprietary maneuvers from the UK servicemembers. 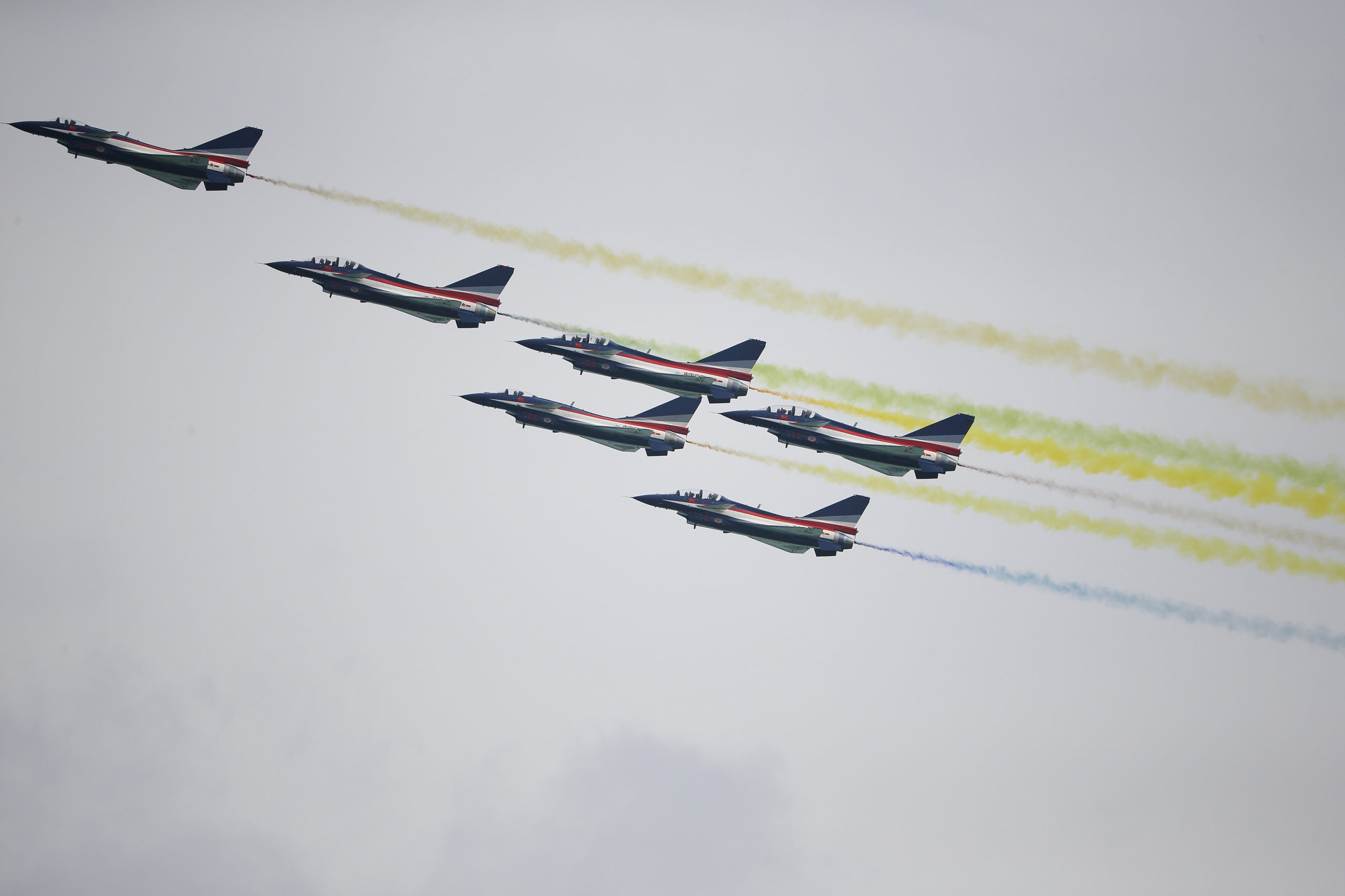 Chinese and Western militaries have plunged into a modernization race in recent years; the PLA has advanced much more quickly than U.S. and U.K. policymakers anticipated. Much of the technology used has come from Western components bought or stolen by entities associated with the Chinese military.