GUATEMALA CITY, Guatemala — Doctors Without Borders, a medical aid nonprofit which is funded by a number of prominent tech companies, is publishing and distributing maps to migrants showing routes through Central America that reach the U.S., according to a copy of the map seen by the Daily Caller News Foundation.

The map is labeled “shelters for people on the move” in Spanish and lists a number of clinics and other areas where aid can be found along the journey to the U.S., according to the document. While Doctors Without Borders hasn’t received U.S. government funding since 2002, the group still receives sizable donations from American companies, including from tech giants Microsoft, Google.org and Amazon.

The group has also gotten millions in donations from the foundations of billionaires Elon Musk and Michael Bloomberg, according to its website. (RELATED: EXCLUSIVE: Guatemalan President Lays Out How One Biden Policy Caused Migrants To Swarm The Border)

“As a medical humanitarian organization providing medical and mental health care to people on this migration route, MSF [Médecins Sans Frontières] prints and distributes these maps to ensure that people know where to find shelter and humanitarian assistance and how to access mental health services along the migration route,” Doctors Without Borders spokeswoman Jessica Brown told the DCNF. 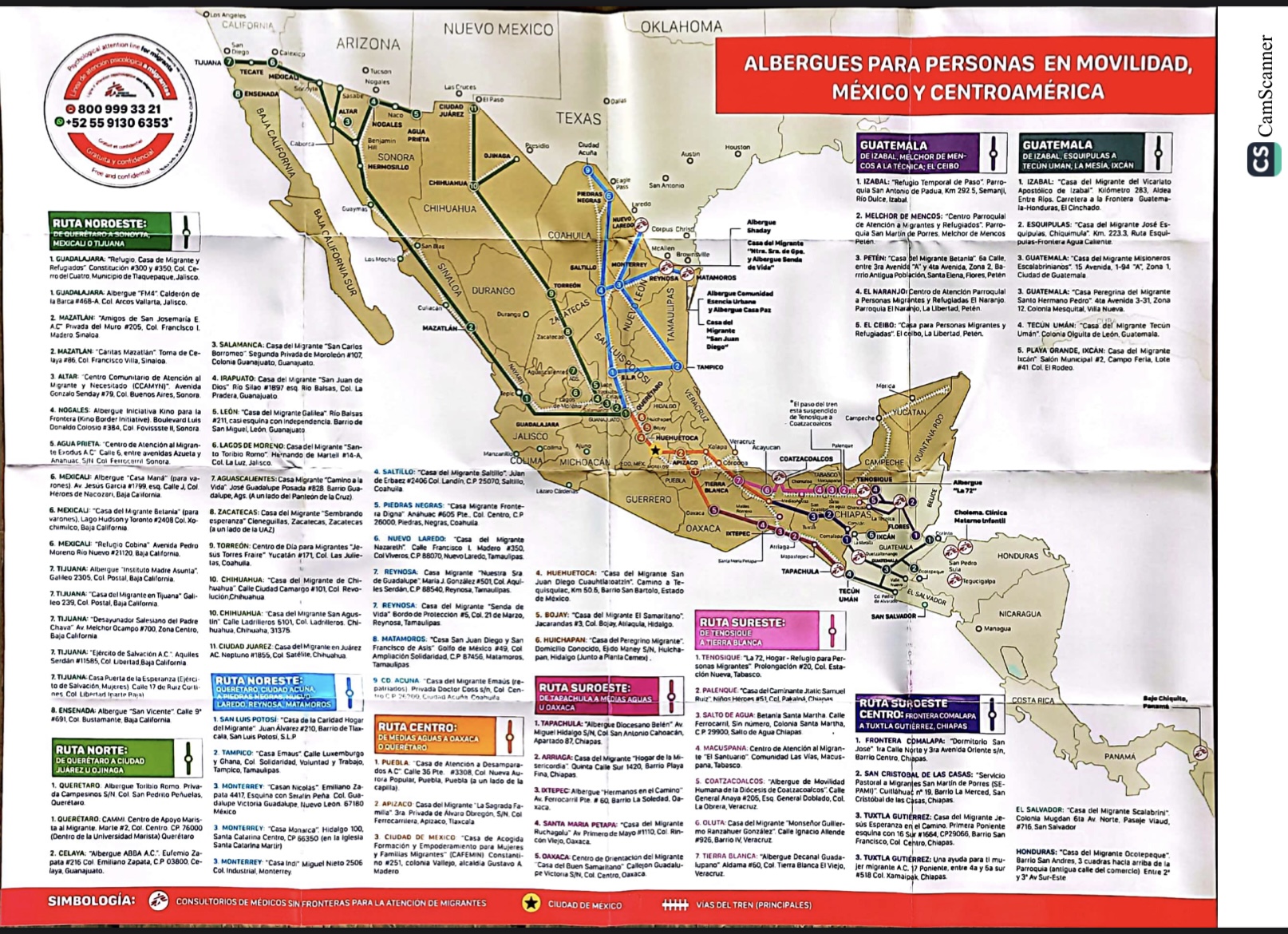 The map shows paths starting in Guatemala that lead up to the U.S.-Mexico border. Each path is marked with locations for shelter and aid along several different routes through Central America that end in the U.S.

The map also lists the locations of clinics and shelters along the Mexican border across from major U.S. cities, such as El Paso, Texas and San Diego, California.

“The fact that an international medical NGO with billions in the bank is making literal roadmaps to guide migrants from Central America to our southern border is not only an affront to its core mission, but a globalist attack on our sovereignty,” Federation for American Immigration Reform (FAIR) Director of Government Relations and Communications RJ Hauman told the DCNF.

The map is labeled “Medicos Sin Fronteras,” which is the name used by the organization’s offices in Argentina and Spain, which have separate finances in addition to a combined international account with the U.S. office.

Doctors Without Border has previously highlighted its work “assisting migrants on their dangerous journeys.”

“We provided treatment for people emerging from the Panama side of the jungle, who are mainly from Cuba or Haiti, although our teams have seen people from West Africa. Regardless of origin, everyone passing through the Gap is heading north, where they still face the dangerous route through Mexico, in search of a better life in the United States,” the group noted in a 2021 report.

Between October 2021 and September 2022, U.S. Customs and Border Protection (CBP) encountered roughly 2.3 million migrants at the U.S. border with Mexico. Many of the migrants made the trek through South and Central America, where some are receiving the map, which Hauman compared to the smuggling operations of cartels.

“No American citizen, company, or foundation should give a dime to Doctors Without Borders until they quit working hand in glove with cartels and smugglers to enhance mass migration in the region While the federal government hasn’t funded Doctors Without Borders since 2002, there are plenty of other NGOs with similar missions that do quietly receive taxpayer dollars. Republicans must examine this immediately next Congress,” Hauman said.