Republican lawmakers are calling for a congressional investigation into a Chinese firm that could possess a significant stake in a Nevada lithium mine.

Ganfeng Lithium owns 10% of Lithium Americas, making it the largest stakeholder in the Canadian mining company, according to The Washington Free Beacon. Republican Reps. Louie Gohmert of Texas and Mike Waltz of Florida told the Daily Caller News Foundation that both Congress and the Biden administration should launch an investigation to ensure that U.S. national security is not threatened as the Chinese Communist Party (CCP) holds ties to Ganfeng executives, the Free Beacon reported in September. (RELATED: Biden’s ‘Green’ Agenda Could End Up Sending Taxpayer Cash To Chinese-Owned Mines In Canada)

“There absolutely needs to be an investigation into whether or not China financially benefits from this type of potential activity and Congress must do everything it can to prevent this from happening,” Republican Rep. Louie Gohmert of Texas told the DCNF.

Lithium Americas is attempting to get the Treasury Department to approve its northern Nevada Thacker Pass mine and also applied for Energy Department loans that are earmarked for companies that mine critical minerals needed to manufacture electric cars.

Although Lithium Americas announced on Nov. 3 that it would separate its company into two separate entities, Ganfeng would still possess a majority stake in both companies, according to the Free Beacon. Lithium Americas said that the separation would serve to address “geopolitical” concerns that the Biden administration and lawmakers may hold.

“I expect this purchase to be subjected to Committee on Foreign Investment review by the Biden administration,” Republican Florida Rep. Mike Waltz told the DCNF. “If it is not, Congress should absolutely investigate this acquisition as we need critical minerals to remain competitive with the global economy and for our own national security.”

Ganfeng’s president Li Liangbin, is a member of a number of groups that are affiliated with the CCP, and board member Yu Jianguo is a member of the CCP, according to the Free Beacon. Furthermore, Wang Xiaoshen, Ganfeng’s executive vice president and a Lithium Americas board member, previously worked for Chinese state-owned businesses.

“The United States cannot remain dependent on our greatest adversary, the Chinese Communist Party, to have access to the basic ingredients for a functioning modern economy. Full stop,” Waltz said. 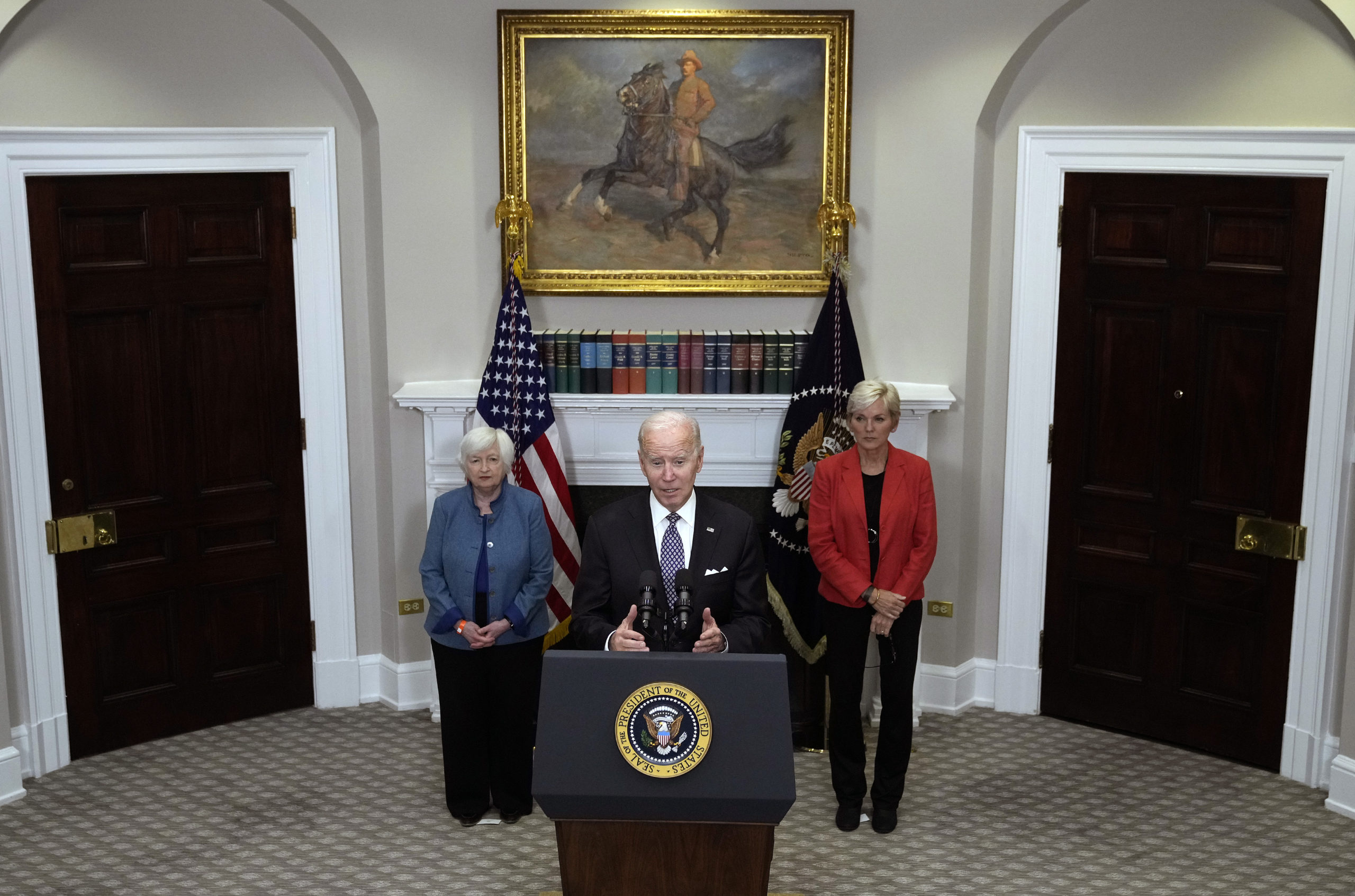 China dominates the market for minerals that are needed to produce green energy technologies and is responsible for 60% of global critical mineral production in 2019, according to a 2021 International Energy Agency report. It also refines the majority of the world’s minerals, accounting for 50% to 70% of lithium refining and nearly 90% of all other rare earth elements.

Lithium is required to produce batteries that are needed to power electric cars and store electricity produced by wind turbines and solar panels.

The U.S. has roughly 750,000 metric tons of lithium that can be mined while China possesses double the lithium reserves, according to the United States Geological Survey.

The Democrats’ climate spending bill includes a $7,500 per vehicle tax credit for new electric vehicles (EVs); however, the tax credit will only apply if at least 40% of a vehicle’s minerals are sourced from a U.S. ally or a domestic mine in order to force green energy supply chains out of Chinese hands.

The White House announced that it would give the Energy Department $17 billion worth of loans to accelerate the manufacturing of lithium-ion batteries, according to a fact sheet. President Joe Biden is attempting to get more EVs on the road to meet his aggressive climate targets and wants to make EVs account for 50% of national car sales by 2030.

“As long as Joe Biden is president, our Commander-in-Chief will continue to be compromised and our foreign adversaries will use this as an opportunity to exploit the United States for financial, political and military gain,” Gohmert said. “There is no question that this potential business deal would be a major national security concern and I cannot help but wonder, what’s in it for Hunter and the ‘Big Guy?'”

An Energy Department spokesperson told the DCNF that the department does not comment on the status of loan applications. The White House, Lithium Americas and Ganfeng did not immediately respond to the DCNF’s request for comment.