President Joe Biden said he has “no plans” to meet with Russian President Vladimir Putin, but would be willing to sit down for talks “if there is an interest in him looking for a way to end the war” in Ukraine.

Biden made the remarks Thursday at a joint press conference with French President Emmanuel Macron after the two leaders spoke about their commitments to aiding Ukraine.

Biden and Macron spoke at the White House in the administration’s first State visit, saying they would continue providing aid to Ukraine for “as long as it takes.”

The presidents “reaffirm their nations’ continued support for Ukraine’s defense of its sovereignty and territorial integrity, including the provision of political, security, humanitarian, and economic assistance to Ukraine for as long as it takes.  This includes the provision of significant resources to support Ukrainian civilian resilience through the winter, including stepping up the delivery of air defense systems and equipment needed to repair Ukraine’s energy grid,” a joint statement from Macron and Biden read. 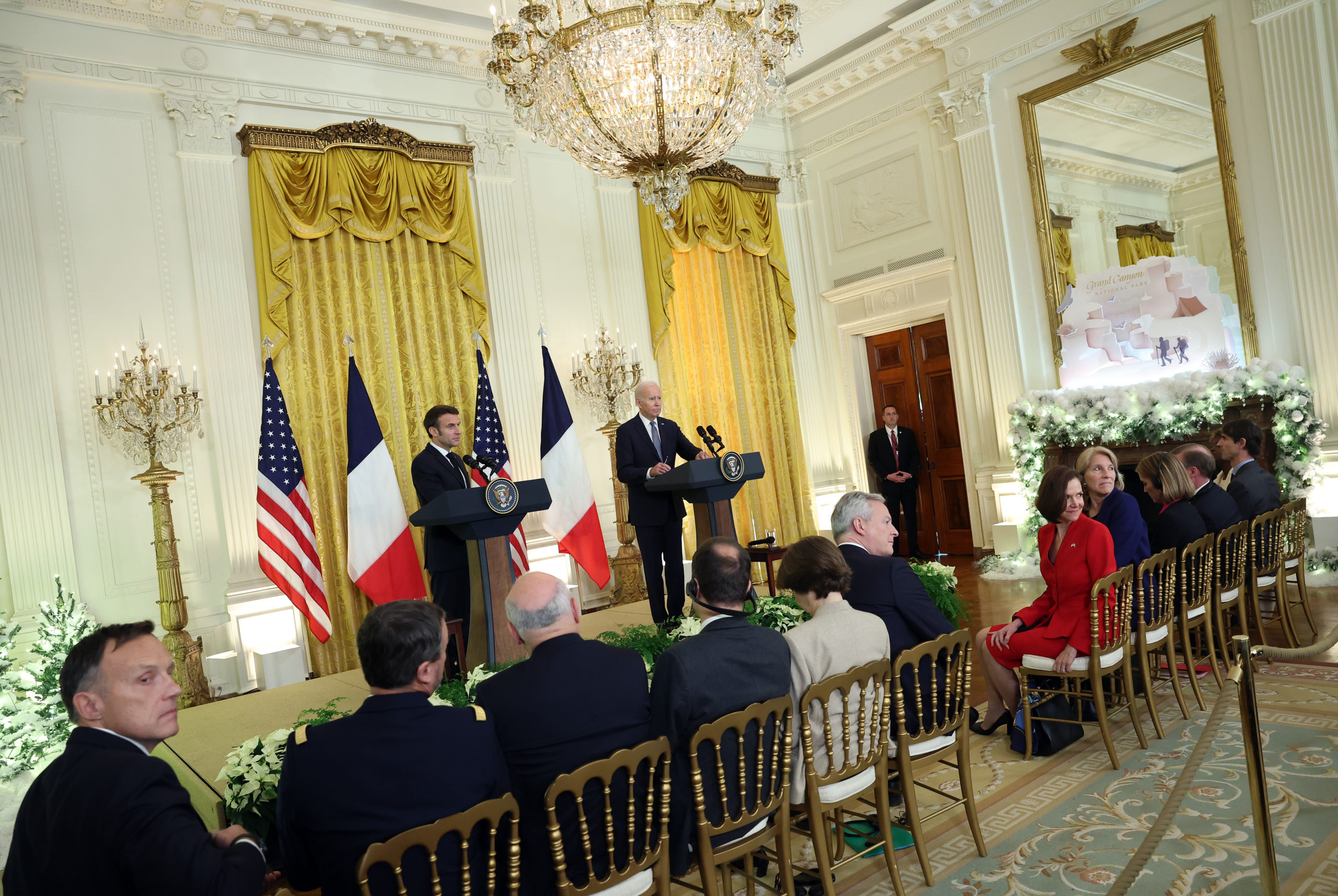 “The United States and France plan to continue working with partners and allies to coordinate assistance efforts, including at the international conference taking place in Paris on December 13, 2022. They also intend to continue providing robust direct budget support for Ukraine and urge the international financial institutions to scale up their financial support,” the statement continued.

Biden and Putin met once throughout Biden’s term at a summit in Geneva in 2021. The last time Biden spoke to the Russian president over the phone was in February, before Russia launched its invasion on Ukraine.

In October, Biden said he had “no intention” of meeting with Putin at the G20 meeting, other than to possibly talk about detained basketball star Brittney Griner. (RELATED: Macron Meets With Putin In An Attempt To Avert War)

“Look, I have no intention of meeting with him. But for example, if he came to me at the G20 and said I want to talk about the release of Griner, I’d meet with him. I mean, it would depend,” Biden said.