The U.S. Department of Education’s Office of Civil Rights (OCR) is investigating Stanford University after it received complaints that the school allegedly discriminates against men by offering organizations exclusively for women, Forbes reported.

Kursat Pekgoz, CEO of the Turkish real estate company Doruk, and James Moore, a Stanford alumnus and emeritus professor at the University of Southern California, filed the complaint alleging that the university does not offer groups exclusively available to men like it does for women, according to Forbes. The pair argue that the discrepancy violates Title IX, which prohibits discrimination on the basis of sex.

“We hope that OCR rules in our favor, consistent with Supreme Court doctrine and common law principles of fairness,” Pekgoz told the Daily Caller News Foundation.

The complaint lists alleged “exclusionary programs” sponsored by Stanford since October 2018 and implored the OCR to “request information regarding all women-only spaces, scholarships, fellowships, initiatives, departments, programs, lectureships, committees, groups, and events that are currently active.”

The OCR investigation, however, will look into five, including Stanford’s Women in Business, Women in Stanford Law, Stanford Women in Design, Stanford Society of Women Engineers and the Gabilan Provost’s Discretionary Fund. Pekgoz told the DCNF that since the pair intents to file an appeal since “many of [their] allegations were dismissed.”

The complaint claims that the groups are unnecessary since women have recently surpassed men in enrollment. (RELATED: ‘Total Rejection Of Fairness And Safety’: Biden Admin Proposes Reinterpreting Decades-Old Civil Rights Law To Include Protections For ‘Gender Identity’)

“Women are the overrepresented sex among college students nationwide,” the complaint reads. “They are also the majority of law students and medical students.”

The complaint asks that all “discriminatory language” are removed as well as “the elimination of affirmative action practices for women.” It also demands all single-sex organizations are made gender neutral. 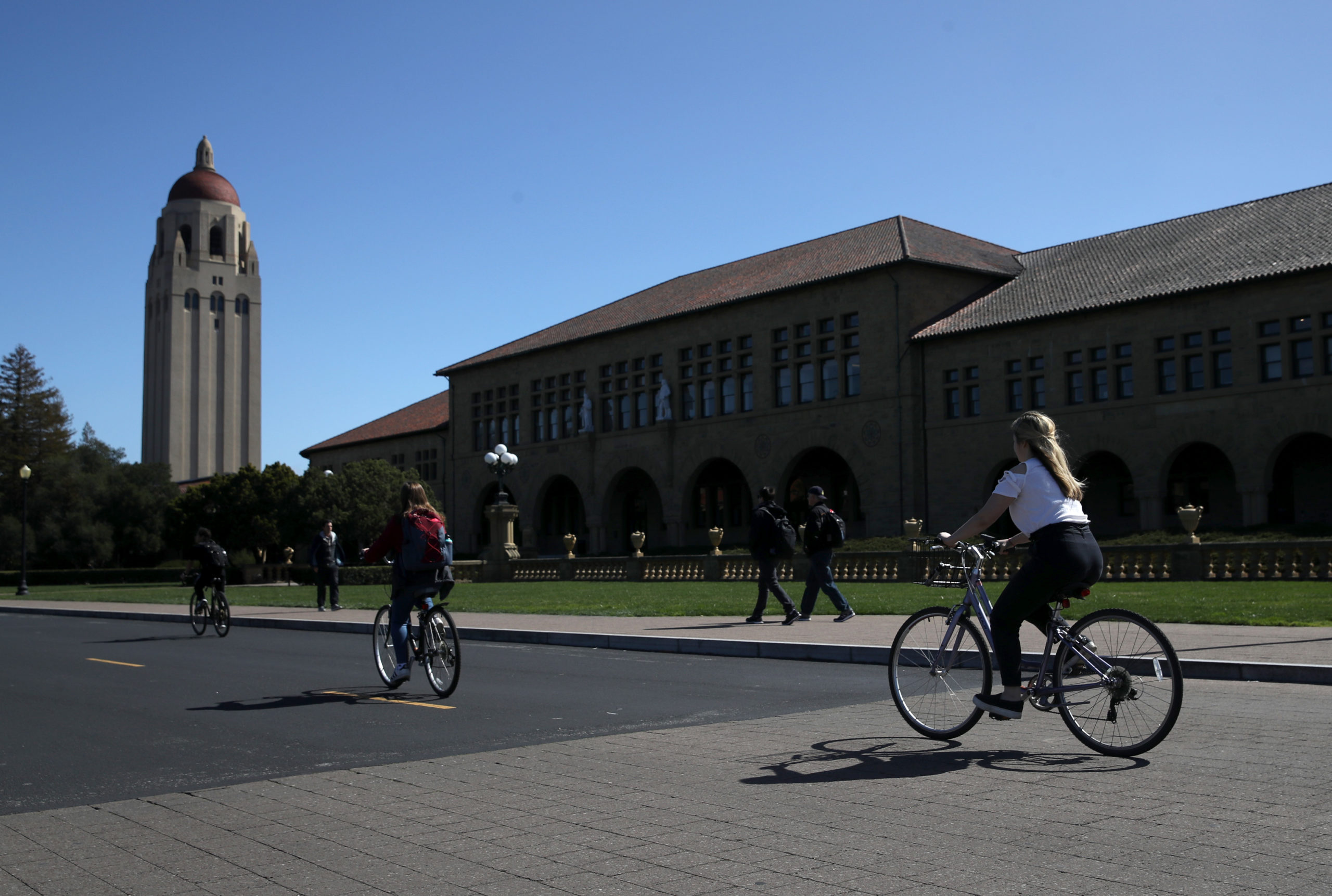 The OCR gave Stanford a Nov. 28 deadline to respond to the allegations and will issue a decision after considering the provided data, according to Forbes.

“We decided to file the complaint to combat pervasive anti-male discrimination at Stanford, although Stanford is by no means unique in terms of tolerating discrimination against men,” he told the DCNF. “We have similar complaints pending against other institutions, such as Cornell.”

Education Initiative Data issued a report that claimed 65.2% of American women older than 25 have pursued higher education compared to only 61.1% of men older than 25. Similarly, 50.4% of women hold a minimum of one degree while the same can be said about only 46.1% of men.