As we touched upon in our discussion of the threat assessment process, the era of public order and personal safety some of us grew up in has passed.  As my child recently observed to me, it sucks that she can’t walk home alone from the school bus stop, or take off on her bike with friends all day and “just be home for dinner;” she’s only heard of such things.  Even in our rural, conservative community, these are things that cautious parents can no longer permit.

Today’s violent threats range from criminal activity for gain, across the unpredictable and irrational acts of the mentally unbalanced, and extremism based on class, race, religion or political differences, to terrorism, in a wide variety of shades, colors, and intensities.  That is unfortunately a fact of life in modern America, and we can only be grateful that we do not live like much of the world, where the only alternative to such chaotic violence is a stifling police state, which often ends in a whole other order of violence.

In this unique and exceptional country, we have a third option.  Free citizens exercise the most fundamental right of all – self-protection – through our constitutionally guaranteed right to keep and bear arms. As we say again and again, a firearm is not a talisman – it does not provide magical protection by its mere existence, whether in your safe or on your hip.  But when its potential is realized by training, awareness, and mental readiness, the armed citizen stands in sharp contrast to his fellows, who must move through the same threat environment in a state of fear, or of denial.

I once knew residents of a gated subdivision on the fringe of one of America’s most violent cities who convinced themselves that they in fact lived in a very safe community.  Their blithe confidence reminded me of the sort of complacency J.R.R. Tolkien described in “one fat man who lives within a day’s march of foes that would freeze his heart, or lay his little town in ruin, if he were not guarded ceaselessly.”  (LOTR, p. 248) Such people continue to believe they are guarded by the police and the courts.  “It can’t happen here,” they say; or at least, “I hope it won’t happen to me.”

That state of denial, or of fear, stands in stark contrast to the composure and realism of the armed, trained citizen who “is on his guard against what is not yet in sight and on the alert for what is not yet within hearing;” who therefore “dwells in the midst of difficulties as though they did not exist.” (I Ching, Wilhelm/Baynes translation, pg. 168)

Hoplophobes – our fellow citizens who are afraid of arms and of us – cling to the twin misconceptions that armed self-reliance is driven by or drives us to a state of paranoia; and that the presence of a deadly weapon so unhinges otherwise normal people that we will resort readily to senseless violence and blood will run in the streets (see Alan Korwin’s excellent discussion of these anti-gun myths).

The reality is very different.  I recall years ago working as a martial arts instructor, seeing the shift in attitude that occurred in many students as they attained a modicum of self-defense skills.  Where before they might have scurried back to a safe place upon seeing a suspicious group of ‘youths’ loitering on a late-night street corner, now, fed by a martial arts fantasy of physical prowess, they’d stride on in proud assertion of their right to go wherever they wanted. Fortunately, few of them saw their fantasy crushed by the reality of street violence for which their dojo practice had not prepared them, but the attitude shift was palpable – and common.  Later on, I helped train some of the same folks, and many others, in self-defense with a handgun, and saw another, and much more sensible turn of attitude.  Given a more credible ability to protect themselves, these people became cautious conflict-avoiders.  No one with the least degree of training in the realities of armed self-defense is eager to shoot anyone and go through the years of post-incident legal agony and expense that will follow.  Confidence does not equate to arrogance, in 99.99% of armed citizens; and blood does not “run in the streets.”

“AN ARMED SOCIETY IS A POLITE SOCIETY”

Robert A. Heinlein went on to say, “Manners are good when one may have to back up his acts with his life.” This speaks both to the attitude of the armed citizen – who is strongly motivated to avoid using his weapon– and to the effect that armed citizens have on violent crime.  It is not a matter of “heroics,” of armed citizens fighting the bad guys, nearly so much as it is a matter of deterrence.  It is a truism, easily backed by empirical evidence, that violent crime rates decline in proportion to the number of legally owned and legally carried firearms.  Every class of potential armed offender is affected by this simple calculus – how likely is he to confront a “good guy with a gun” in the process of carrying out his intended actions.  Armed robbers avoid gun shops and gun shows; the Aurora, Colorado movie theater shooter was focused enough to pass by several theaters until reaching the one he’d selected, the one that prominently posted “no firearms allowed.” Most mass shooters routinely select venues where firearms carry by law-abiding citizens is prohibited.  Where we are armed, violence seldom erupts; is it then any wonder that armed citizens seldom intervene to stop an assault in progress?

When citizens arm themselves, and train to employ their weapons effectively and safely, they and everyone around them are safer.

Israeli schoolteachers are graphic proof of this concept: it is not for lack of murderous intent by their enemies that schools in Israel are no longer targeted for murder; it is entirely a consequence of this – that even if all the intelligence and law enforcement capabilities of the state fail to detect and stop the offenders, here is what they will find in the schoolyard: 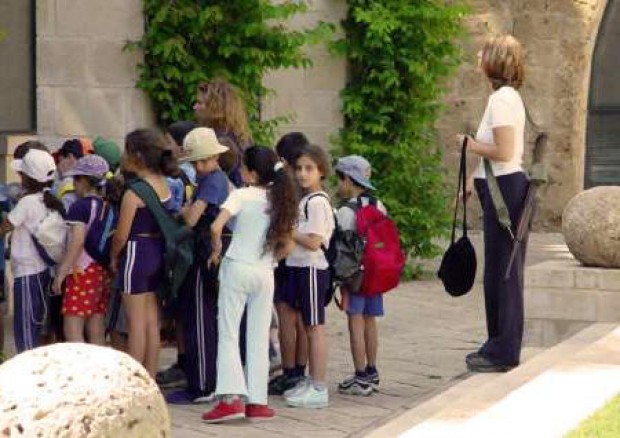 Training is the key to effective and responsible armed self-defense, whether for an individual, a family, a church, a school, a business, or a community.  Pulse offers training in the necessary physical and cognitive skills at all levels of this continuum, with online tools and long term training plans to support your efforts. Contact us, or visit our website for details.

For more detailed discussion of these steps, click here to sign up for a free online webinar with Pulse.

Here is the full series of articles – Click on the link to open the article in a new browser.

1. The New Normal in Personal and Collective Security
2. The New Threat and Response Paradigm
3. Self-Reliance Is The Key To Security
4. How Individuals Can Protect Life And Property
5. The Synergy of the Team
6. How Businesses and Churches Can Provide Their Own Security
7. How We Can Protect Our Schools
8. How Neighbors Can Protect Their Community
9. Foundations and First Steps
10. Converting Fear And Loathing Into Hope And Empowerment
—–
Bill Tallen is Vice President – Tactical Operations at Pulse O2DA Firearms Training, Inc. Prior to joining the enterprise he had a 20 year career with the Department of Energy, where he served as a Federal Agent, team leader, unit commander, training instructor, and manager in the agency which provides secure transportation of nuclear weapons and nuclear materials within CONUS. He helped to found DOE’s Special Response Force program, developing and teaching urban and close quarter battle techniques to Federal Agents charged with recovery of lost assets. Bill holds the degree of Master of Arts in National Security and Strategic Studies from the U.S. Naval War College. Email him directly at militaris(at)pulsefirearmstraining.com
–
Pulse is a tremendous resource for firearms and battle training for individuals to teams.
Click here to visit their site and check out this organization.