The U.S. Capitol was locked down by law enforcement Monday after an individual reportedly took out a gun while going through security.

The incident occurred at the Capitol Visitors Center, which is located on the eastern side the the building. The gunman was identified as Larry Russell Dawson, according to CNN. He reportedly took out his firearm when he was stopped by security before being shot by an officer. Other law enforcement personnel quickly responded, and the area around the Capitol was put on lock down. 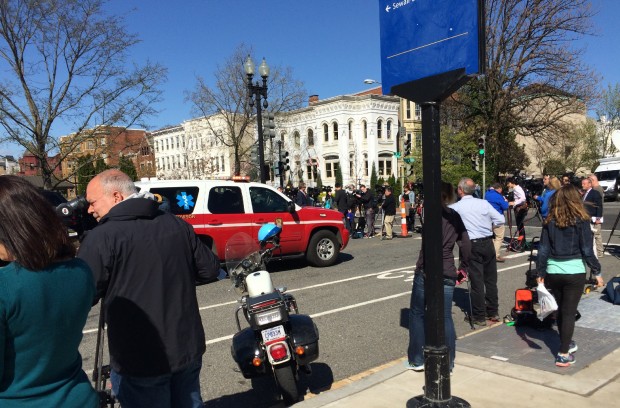 “We were going through security at the metal detectors to enter the visitors center,” Jill Epstein told The Daily Caller News Foundation. “People started screaming ‘active shooter, get out, get out, run.’ And we ran outside. We didn’t know where to go, and they got us to go up against a wall and crouch down and within second there were police, armed police everywhere.” 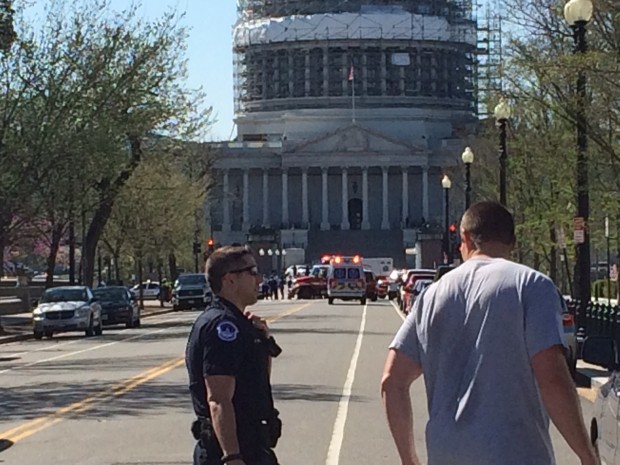 Epstein was with a few colleagues visiting the Capitol for business. They were on their way through security when everyone was evacuated. The group was forced to leave behind a wallet, shoes and other personal belongings that were still going through the security check. They were led outside where police had them crouch behind a wall outside the visitor center.

“We waited there and then they told us ‘go,’ they screamed ‘run.'” Epstein continued. “‘Run for your life, go up the ramp. We got you covered.’ And we ran from the visitor center.” 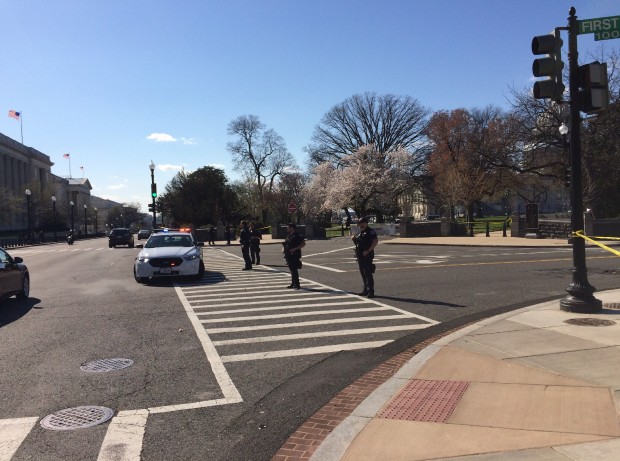 Epstein and the others were escorted by police to the outskirts of the security perimeter setup around the area.

Faith and Action President Rev. Rob Schenck was nearby and rushed towards the Capitol after making sure his staff was safe. Schenck has worked frequently with Capitol personnel and police, including as a civilian pastor.

“I made my way here to see if anyone needed assistance,” Schenck told TheDCNF. “My concern is for the people that were injured in this, particularly the officers, I know a lot of them personally. As a chaplain, I presided over many ceremonies for the Capitol Hill police and have a great deal of affection for them.” 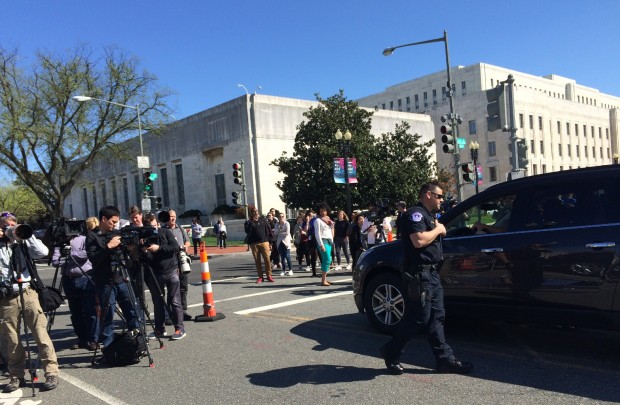 Schenck plans to connect with Capitol police and personnel to lend help once he’s allowed in.

Capitol visitor Dan Smith recalls the chaos of being evacuated but noted the quick and organized response by law enforcement. At first he didn’t even know it was a shooter situation and was only told to get out.

“We didn’t know it was that quite yet,” Smith told TheDCNF. “There were people coming from so many different directions we really didn’t know what to do. It was chaos.”

1
Bloomberg Office Vandalized, Campaign Immediately Suggests Bernie Sanders Is To Blame
Politics
2
'I'm Hoping For Track To Just Become Fair Again': Teenager At Center Of Transgender Lawsuit Is Fighting Back. Here's What She Had To Say
US
3
'Dishonest And Stupid': Tucker Wonders If Mick Mulvaney Is 'Trying To Undermine' Trump's Immigration Agenda
Media
4
Omar Implies Somali Community Leader Was Paid To Say She Married Her Brother
US
5
Jake Tapper's Big Russia Scoop Wasn't Invited To Appear On 'The Lead With Jake Tapper'
Media