America got more electricity from natural gas than coal for the first time ever last year, according to data published Monday by the Energy Information Administration (EIA). 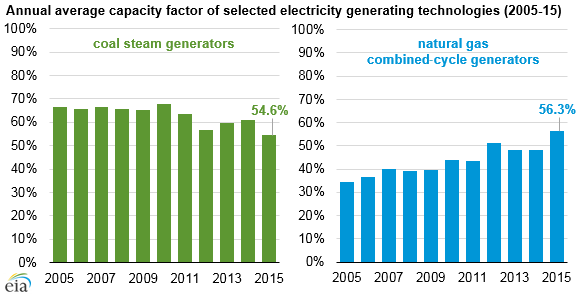 Natural gas has also benefited from anti-coal environmental regulations from the Environmental Protection Agency and other federal regulators.

The trend towards natural gas will likely lead to a large drop in CO2 emissions. The Department of Energy agrees with Berkeley Earth that “the transition from coal to natural gas for electricity generation has probably been the single largest contributor to the … largely unexpected decline in U.S. CO2 emissions.”

(NOW CHECK OUT: Down In The Hole: A Look At The People And Way Of Life Suffering Under Washington’s Plan For Coal)