According to HuffPost Pollster, which monitors more than 392 polls from 42 national pollsters, Clinton is viewed unfavorably by 55 percent of the electorate, a two-point jump from last month’s measure, The Hill reports. 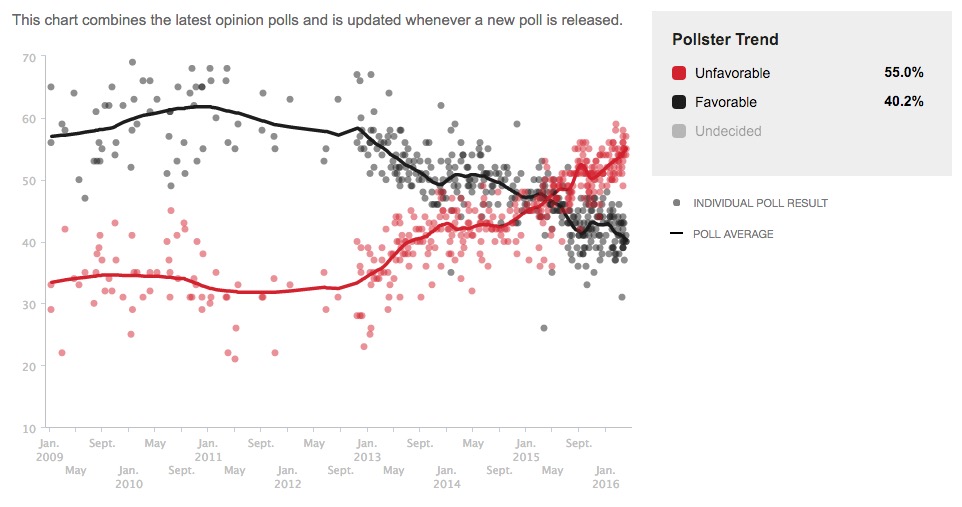 Even in such a polarizing year as 2016, Democratic strategist Brad Bannon admitted that Clinton’s numbers are “pretty bad.”

“The No. 1 reason that her favorability is so bad is that you have large numbers of Americans who say they don’t trust her,” Bannon explained. “I could make it sound more complicated than that, but that’s really what it is. Voters see her as the ultimate politician, who will do or say anything to get elected.”

Conversely, Clinton’s Democratic primary opponent, Sen. Bernie Sanders, continues to gain national support. He is viewed favorably by 48.5 percent of voters and unfavorably by only 41.9 percent. 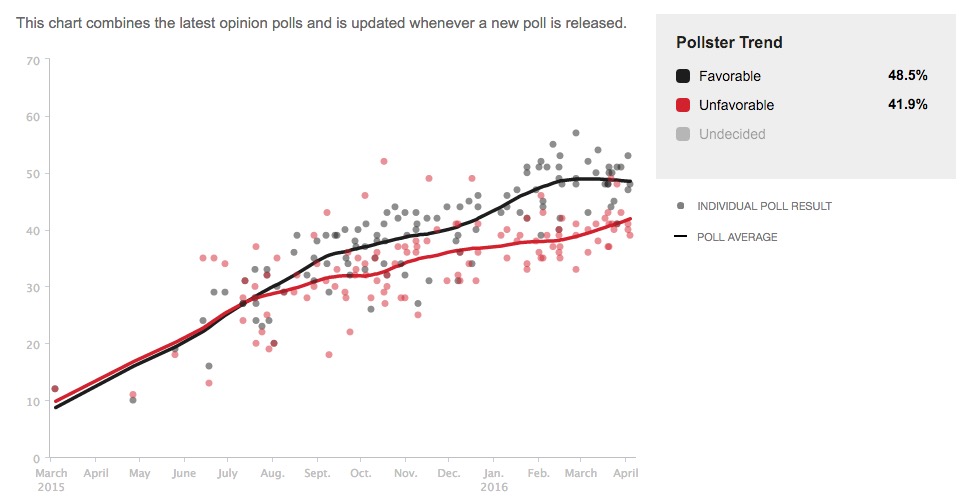