People lost their minds after Monica Lewinsky asked if it was “safe” for her to listen to Beyonce’s new album. 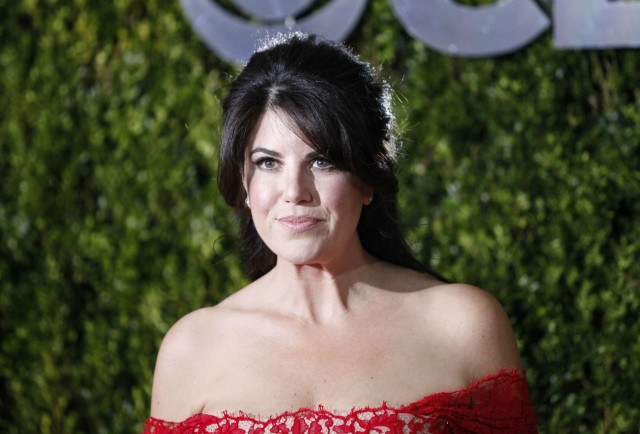 The 34-year-old singer — who has been married to Jay Z for eight years — released “Lemonade” during an HBO special Saturday night. Because the album is littered with references to her husband’s infidelity, people went crazy when Bill Clinton’s former mistress weighed in Sunday.

“Hey, will someone let me know if it’s safe for me to listen to #LEMONADE?” Lewinsky tweeted. “#Sarcasmfilter.” (RELATED: Beyonce’s New Album Sparks Rumors Of Infidelity In Her Marriage)

hey, will someone let me know if it’s safe for me to listen to #LEMONADE? #sarcasmfilter

Her followers lost it.

@MonicaLewinsky LOL, it’s cool. She didn’t name-check you on this album like she did the last one.

@MonicaLewinsky I think this answers your question pic.twitter.com/zJnKD4lN8A

[dcquiz] In 2014, Lewinsky corrected Beyonce after she sang about her in her album “Beyonce.”

In “Partition,” Beyonce sings, ” He popped all my buttons, and he ripped my blouse/He Monica Lewinsky-ed all on my gown.”

“Thanks, Beyoncé,” Lewinsky said during an interview with Vanity Fair. “But if we’re verbing, I think you meant ‘Bill Clinton’d all on my gown,’ not ‘Monica Lewinsky’d.'” (RELATED: Bernie Sanders Wouldn’t Comment On What Rosario Dawson Said About Monica Lewinsky)