Although more money was allocated to immigration officials for detention and deportation of illegal immigrants in recent years, deportations have plummeted.

A chart from the Senate Subcommittee on Immigration and the National Interest illustrates the decline in deportations. 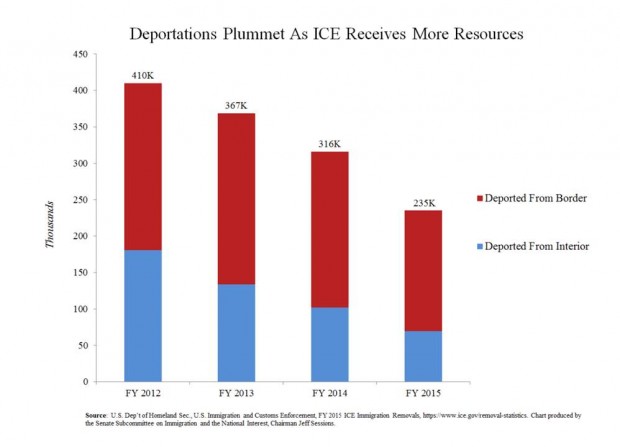 The decline is at least in part due to the Obama administration’s relaxed attitude toward deportation, which officials have attributed to a lack of resources. Enforcement policies are so convoluted that ICE director Sarah Saldana admitted last year officers must carry around flash cards to help them remember which illegal aliens are to be prioritized for deportation.

“Every officer uses one of these cards which clearly outlines those priorities,” Saldana testified before Congress, adding: “Quite frankly, I carry it myself.”