He’s moving on to Business Insider, where he’ll be the politics editor. 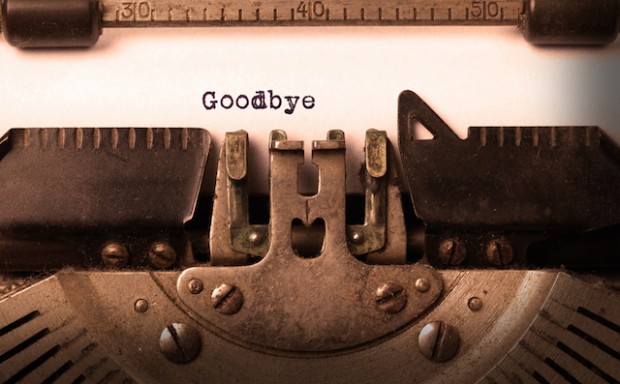 Poor Glenn Beck is losing a lot of his employees — they’re either resigning and getting laid off — as he galavants around the country trying to make sure Donald Trump does not become president. This week he’s meeting with Facebook owner Mark Zuckerberg along with CNN’s S.E. Cupp and other conservatives on Wednesday in Menlo Park, Calif. (Fingers crossed for a complete meltdown.)

In late April, The Mirror reported that Scott Baker, who was editor, parted ways with the publication. Multiple sources said he was fired and had disappeared from editorial duties much of the time. But Glenn Beck made a special point to say all that was bullshit…except he wouldn’t even mention Baker by name. Beck insisted that his campaigning for ultra-annoying Ted Cruz didn’t cause all those layoffs. [RELATED: Glenn Beck: My Campaigning With Cruz Didn’t Cause Layoffs At The Blaze]

Darcy, who has worked at TheBlaze for the past three years, acted as his own publicist and announced the news on Twitter. 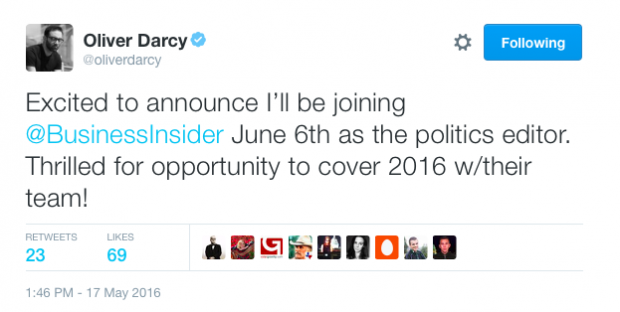 The Mirror sought comment from Darcy on his departure. “After more than 5,000 posts at TheBlaze, it was not easy to say goodbye,” he told The Mirror. “I’m grateful for what I have learned and some of the phenomenal people I have worked with over the years. That said, I’m very excited to be joining the team at Business Insider and can’t wait to cover 2016 with the incredible team over there.”

Asked if he was pissed at Glenn Beck, he replied, “I am not pissed at at Glenn.”

Darcy expressed gratitude for all the people who congratulated him on Twitter.

“Thank you for all the kind words everyone!” he tweeted. “I will admit, I am slightly terrified to work normal day hours.”