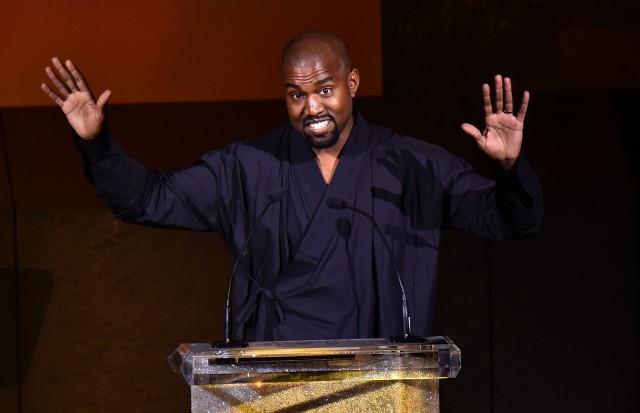 During an interview with the talk show host that airs Thursday afternoon, the 38-year-old rapper went on a seven-minute rant when DeGeneres asked him why he tweeted that he needed $53 million from Mark Zuckerberg. (REPORT: Kanye West Supports Donald Trump For President)

“I understand Mark Zuckerberg doesn’t use Twitter, even though I have had dinner with him and his wife and told them about how I wanted to help the world, and he said he’d help me, and blah, blah, blah,” West said. “That’s how it feels though, it’s like the ‘Pursuit of Happyness,’ it’s like you’re trying to sell this bone density machine, you know in that movie …”

“I feel like if I had more resources, I could help more people,” he added. (RELATED: Kanye West Says He Told Taylor Swift About Explicit Lyric About Her)

“I have ideas that can make the human race’s existence within our 100 years better. Period. Fuck the paparazzi, whatever perception you have of me, starting with the truth, started with what everyone’s thinking, start there, put some dope shit with it.”

“We’re in a renaissance period, we’re in a place where multi-disciplined artists, Steve McQueen that directed ’12 Years a Slave,’ he was just considered to be a photographer, but then he won an Oscar, but that’s in a place where people could only have one career and one profession throughout their entire life so the exact amount of emotion, color palette, sonics, everything that I put into my music, I put them into the shoes.”

Then he brought up the Oscars this year, “which he didn’t take as a joke.” (RELATED: This Uncensored Audio Of Kanye West’s Meltdown Will Shock You)

“It was like the moment, you know, all black actors can talk about the glass ceiling we’ve dealt with out in this town,” he said.

“You get this night, go ahead. Chris Rock is going to do it, bam. Talk about how many times you’ve been blocked from being able to excel. It ain’t no joke.”

He ended his rant with an apology.