The general explains the horror of war as several American soldiers watch in what almost certainly appears to be complete agreement. (SLIDESHOW: These Are The Greatest Movies About Killing Nazis) 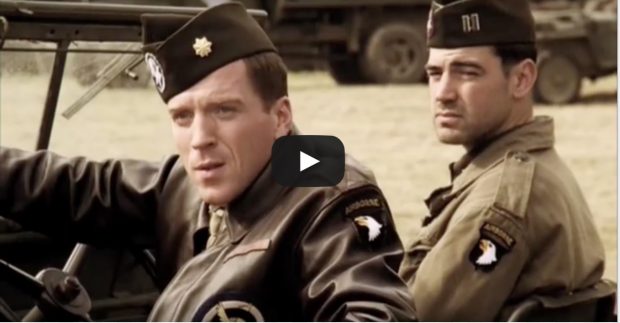 The TV series, which was based on the true story chronicled in a book of the same name, follows Easy Company from the 506th regiment of the 101st Airborne division. It tells the incredible story of the men’s journey through World War II beginning in basic training through the end of the war.

The company fought on D-Day, Operation Market Garden and famously held the line during the Battle of the Bulge.