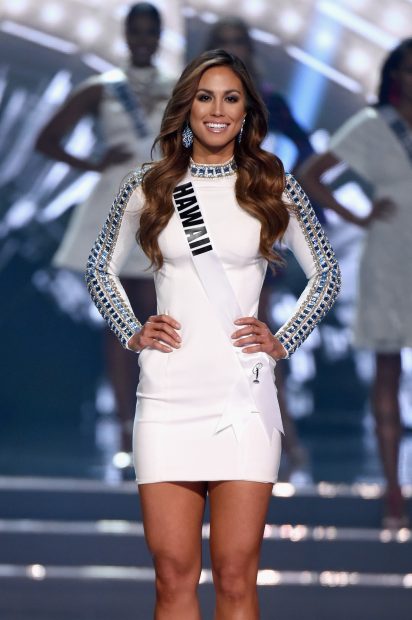 Question to Miss California: One of the biggest challenges facing the United States is social and economic inequality. How do we narrow the gap between the rich and the poor? 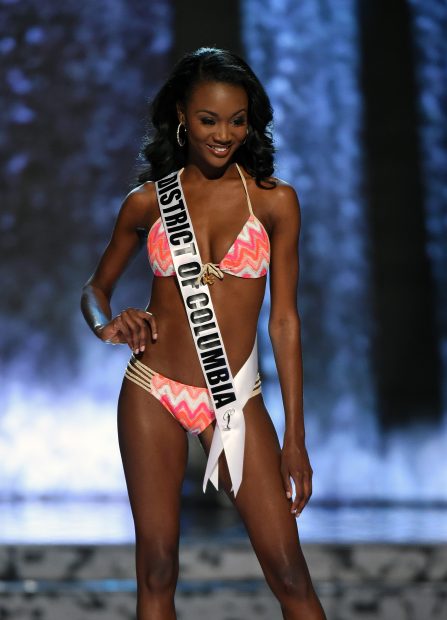 Question to Miss Georgia: Over the last four years, 17 states have passed stringent voting laws. Many civil rights leaders believe we are making it too difficult for people to vote. What do you think?

Answer: I think it goes back to education. I think we need to start with the youth and we need to teach them how important voting is. I think that if we teach the how important it is and put that in our school systems, it will be a lot easier for people to understand how difficult voting can be and then we can educate everybody on that. Thank you.

Question to Miss District Of Columbia: The Pentagon recently made the decision to open up all combat jobs to women. Now some have questioned where this has put political correctness over our military’s ability to perform at the highest level. What are your thoughts?

Question to Miss Hawaii: With Hillary Clinton expected to surpass the delegate count needed to win the Democratic nomination, my question to you is if the election were held tomorrow, would you vote Hillary Clinton or Donald Trump for president, and why would you choose one over the other?

Answer: I would get that, right? All I have to say — it doesn’t matter what gender. What we need in the United States is someone who represents who those of us who don’t have a voice, those of us who want our voices heard. We need a president to push for what is right and push for what America really needs. Thank you.

Question to Clinton: Thoughts on being on the cusp of being the first woman nominee

Volunteers across all of these states and I’m gonna stay focused on the contests that are going to take place tomorrow. And I’ll have more to say about all this — obviously I was delighted to win Puerto Rico, delighted to win the Virgin Islands. We are moving forward every day, and you know, by tomorrow night I’ll have more to say about it. I want everyone in the states that vote tomorrow to come out in vote and bring their families and their friends and everybody else, because it’s not over til it’s over. And tomorrow is a really important day, particularly here in California.

Question to Clinton: Is it setting in that you might be making some serious big-time history tomorrow?

[Laughs] Well, I am obviously really excited about that. But I’m not letting myself focus on it yet because I want people to come out and vote tomorrow, particularly here in California. We have worked so hard. I have a huge number of supporters and organizers that are working as we speak to get out the vote, to get people to mail in their ballots who haven’t yet. So I’m gonna wait until everyone has voted.Tomorrow night we’ll have a chance to talk more about this, but it’s been an incredible journey. And I will have a lot to say about it. But right now, I’m still out here as you can tell, at the senior center in Compton, talking to voters, encouraging people to come out and vote. 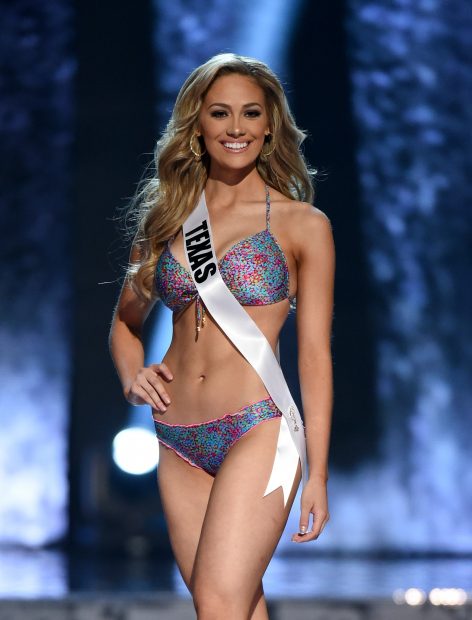 Question to Clinton: Do you think he should concede as you did in 2008?

Well, we’ll wait. We’ll wait and find out. Actually tomorrow is eight years to the day after I withdrew and endorsed then-Sen. Obama. I believed it was the right thing to do. No matter what differences we had in our long campaign, they paled in comparison to the differences we had with the Republicans. And that is actually even more true today, because whatever differences Sen. Sanders have had, we’ve stuck mostly to the issues. We have differences there but we have discussed them and put forth our cases, and Donald Trump has run a campaign of insults. So anyone who’s supported me, anyone who’s supported Sen. Sanders, has a lot at stake in this election in preventing Donald Trump from being our president, which I can barely say.

Question to Clinton: In Sacramento there was a woman standing next to me who was absolutely sobbing. She said, ‘It’s time. It’s past time.’ You see people here, and people just come up to you and they get tears in their eyes. Do you feel the weight of what this means for people?

I do. I do. And you saw it yesterday. I’ve seen it for more than a year. My supporters are passionate. They are committed. They have voted for me in great numbers across our country for many reasons. But among those reasons is their belief that having a woman president will make a great statement, a historic statement about what kind of country we are, what we stand for. It’s really emotional. And I am someone who has been very touched and really encouraged by this extraordinary conviction that people have. It’s predominantly women and girls, but not exclusively — men bring their daughters to meet me and tell me that they are supporting me because of their daughters. And I do think that it will make a very big difference for a father or a mother to be able to look at their daughter just like they can look at their son and say, ‘You can be anything you want to be in this country, including president of the United States.’