A popular Twitter account that highlighted ridiculous academic papers from the social sciences and humanities — some taxpayer-funded — was abruptly deleted recently apparently because critics threatened to expose the name of the anonymous tweeter, who feared career-ending retaliation from campus colleagues.

The threats against @Real_PeerReview are telling about the state of soft academia. The tweeter’s primary activity was simply publishing links to abstracts and highlighting one or two sentences from their summaries. If the scholars believed their work had value, they would presumably appreciate wide distribution. (RELATED: 13 Of The Dumbest Academic Papers To Actually Get Published)

[dcquiz] The account gained 10,000 followers in only four months by highlighting “research” papers based on low levels of academic rigor. Some were “autoethnographic,” meaning the author simply recounted how they felt when experiencing something. Other papers had tiny sample sizes with authors speaking only to a few friends — hardly a representative sample.

Low academic standards seemed to be especially accepted in the fields of “critical race theory” and feminism, making it prime fodder for tweeting, while prompting “social justice warrior” types to target the tweeter.

@Real_PeerReview highlighted more than 1,000 scholarly papers in four months. Many were essentially Mad Libs with various topics inserted between the phrases “whiteness,” “hegemony,” and the “patriarchy.”

Critics frequently attacked the tweeter for using identity politics, even though the tweeter denied being a “cis white male.” @Real_PeerReview didn’t dislike the papers because they criticized “whiteness,” but because they were essentially half-thought out “blog posts” on which authors — including tenured professors — were spending months or years.

The tweeter — who has an advanced degree in social sciences — also noted the authors sometimes received taxpayer funds for work with little practical application and offering no constructive solutions.

The academic papers highlighted can be seen here. The tweeter could not be reached by TheDCNF for comment, but a person close to the individual said the person works in academia.

The purpose of tenure — which essentially guarantees academics jobs for life — is to protect intellectual freedom. But contemporary academia is also almost entirely liberal, and is known for harboring catty dynamics and peer pressure that can make continuing to work in a department difficult for individuals who dissent from the prevailing orthodoxy. And in some sections of the ivory tower — a phrase some of the authors highlighted by the tweeter might characterize as racist — perpetual outrage is a professional necessity.

The source told TheDCNF the tweeter “is not optimistic about ability of the current tenure system (broadly) to protect people in similar situations, especially if the affected people work in humanities. When people in a position to significantly affect the research of [the tweeter] started asking really pointed questions and making veiled threats, the decision was made to shut it all down.”

Soon after the account was deleted last week, nearly a dozen people, including five academics, responded by creating a new group account to pick up where the @Real_PeerReview left off.

One of them, Twitter user @okayultra, told TheDCNF she is a female in a non-Western country and is decidedly not a benefactor of the “patriarchy,” “whiteness” or the “hegemony,” but she thinks the public should be aware of the low level of cognitive activity that passes for serious academic work in certain enclaves of the humanities and social sciences.

She said that since starting the new account, she, too, has become a target of hackers, possibly the same ones who threatened to “doxx” the original tweeter.

“In modern academia one can lose a job over the slightest slights. I mean, students could claim they aren’t ‘safe’ around real_peerreview,” she told TheDCNF.

“I totally understand old peerreview’s situation, mocking ‘critical theory’ stuff in the western academia is like standing up for gays and personal autonomy in my country. Your academic types went so far to the left that they are emerging pretty much on the far right.” 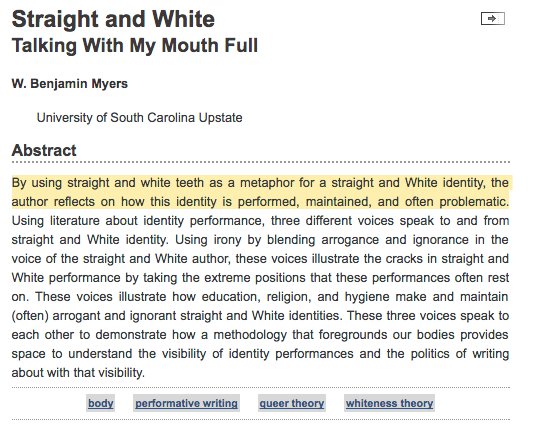 Screenshot of a research paper on Sage Journals http://qix.sagepub.com/content/14/1/160.abstract 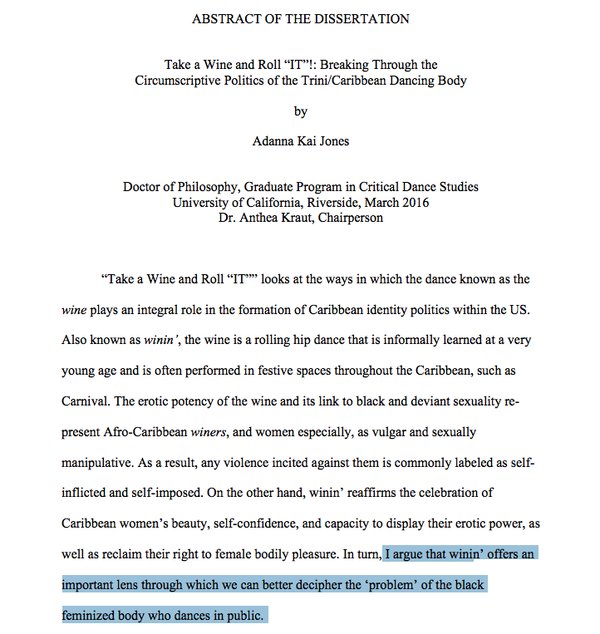 Screenshot of a research paper from the University of California’s eScholarship http://eprints.cdlib.org/uc/item/33d3r5fz