Yiannopoulos has since been unsuspended. “I’m back!” the conservative activist tweeted out. Yiannopoulos is a known provocateur and the gay Brit is currently touring colleges on his “Dangerous Faggot” tour. This wasn’t the first battle Yiannopoulos fought with Twitter, in January the site took away his verification tag.

Yiannopoulos’ account lost thousands of followers, something he said was either a “database issue or Twitter shenanigans.”

His suspension was big enough news to warrant a Drudge banner. 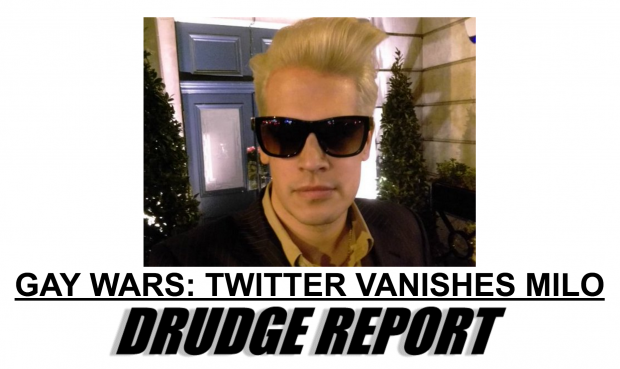 Yiannoupolos is scheduled to give a press conference this afternoon in Orlando. He will discuss his column, “The Left Chose Islam Over Gays. Now 100 People Are Dead Or Maimed In Orlando.”