If a sign of a good party is how good the view is, then The Weekly Standard‘s rooftop party was a big hit Tuesday night at their 15th St. NW headquarters in downtown Washington.

The elevator there appears to have a mind of its own. I was whisked up to the top floor despite repeatedly pushing the “2” button for floor two, where I was instructed to go for the brief early party in the D.C. Media Group’s foyer. The beautiful and immaculate newsroom houses The Washington Examiner, Red Alert (which no one has ever heard of) and The Weekly Standard.

The cuisine was slightly better than routine Washington party fare. There was a large pile of cooked shrimp, mounds of fresh grapes and a variety of hors’ d’oeuvres that included watermelon and feta, a shrimp kabob and slices of cucumber with a slather of spinachy shmear on top. Servers dotted the room handing out finger foods. Partygoers were way more interested in the bar. Although The Mirror did spot The Daily Beast‘s Asawin Suebsaeng hovering near the shrimp.

International power couple Jamie Weinstein (my coworker) and his fiancé Michelle Fields were front and center at the party. Thankfully Fields, formerly of Breitbart News, survived the party without getting anyone arrested. She quit the publication after management and a Florida state attorney refused to back her claims that Donald Trump‘s aide Corey Lewandowski physically assaulted her. Early on, Weinstein strangely approached The Mirror and The Washington Examiner‘s media writer Eddie Scarry. “Lovely to see you both,” he said enthusiastically, dripping with sarcasm. He mumbled something like “What a couple you two are” and quickly walked away while giggling to himself. (Memo to Jamie: Perhaps at the next party you should just say nothing.) Whatever sort of risky power move he was attempting came off more awkward than anything else.

“I don’t know what he ever did,” a partygoer could be heard saying about Erickson.

Midway through the party, a Swedish lobbyist began conducting what he called a “push poll.” He’d approach a party gaggle and say, “This is a push poll. Have you heard of Red Alert?”

One guy thought the Swedish lobbyist was talking about some sort of emergency alert system.

By and large, partygoers looked stunned and confused. “I’ve never clicked on it,” said another.

The Swedish lobbyist deduced: “This is a real problem for people who are trying to sell fucking advertising.”

It took three gaggles until anyone at the party had heard of it.

For anyone who still doesn’t know, Red Alert is the third leg of D.C. Media Group‘s stool that includes The Washington Examiner and The Weekly Standard.

Earlier in the night, the Swedish lobbyist could be heard heaping hefty praise on Labash for a few of his stories, but especially this one in which he went away to adult summer camp at the Wonder Valley Ranch Resort in California. 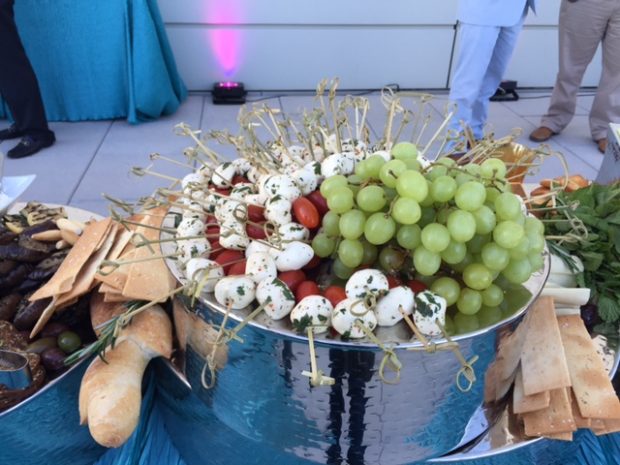 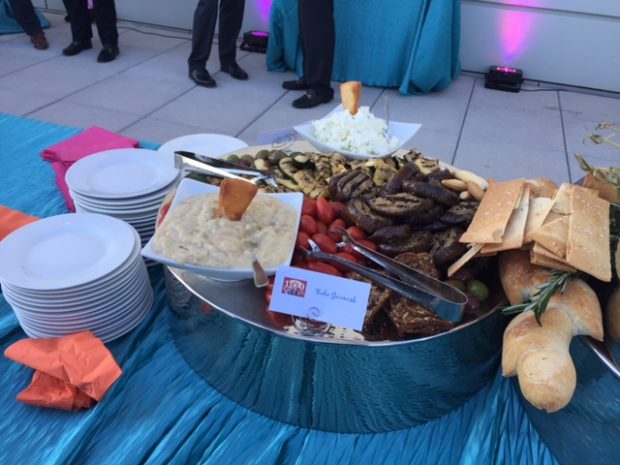 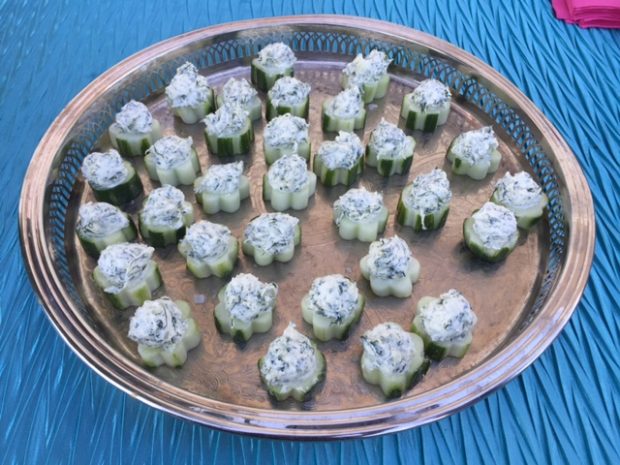 WaPo’s Dave Weigel behind a gigantic bouquet of flowers and Phil Klein to his left.

David French or not, Bill Kristol looks like he’s having a good time.

A partygoer had a vape accident or else he peed his pants.

The scene on the rooftop.