Dallas Cowboys superstar wide receiver Dez Bryant is reportedly in some trouble after getting hit with a massive lawsuit.

Bryant is being sued by Texas state Sen. Royce West after he allegedly trashed West’s mansion, according to The Dallas Morning News. (SLIDESHOW: The Only Thing Hotter Than Russell Wilson’s Football Game Is His Smoking Hot Girlfriend)

The details from The Dallas Morning News are disgusting:

West discovered the 6,400-square-foot home “littered with trash and feces, missing blinds and shutters, with cracked windows and blackened carpeting” after Bryant moved out in January, and his lawyers say Bryant refuses to accept responsibility for the damage.

West is reportedly seeking somewhere between $100,000 and $200,000. (SLIDESHOW: This Gorgeous Olympian Loves To Show Off Lots Of Skin) 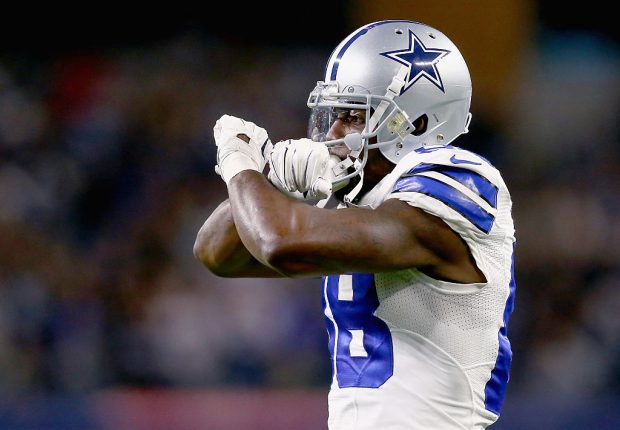 ARLINGTON, TX – DECEMBER 19: Dez Bryant #88 of the Dallas Cowboys celebrates after scoring a touchdown against the New York Jets in the second quarter at AT&T Stadium on December 19, 2015 in Arlington, Texas. (Photo by Tom Pennington/Getty Images)

Good thing for Bryant is that even if he loses in court it won’t hurt him too much. He’s on a $70 million contract, so losing $200,000 is pocket change.