Black Lives Matter (BLM) activists have put out a list of policy demands that includes the government and corporations handing out reparations for years of “environmental racism” and “food apartheid.”

“Reparations for the wealth extracted from our communities through environmental racism, slavery, food apartheid, housing discrimination and racialized capitalism in the form of corporate and government reparations focused on healing ongoing physical and mental trauma, and ensuring our access and control of food sources, housing and land,” reads BLM’s list of policy demands.

BLM demands reparations for “past and continuing harms” against black people. The movement first formed in Oakland when protesters chanted “black lives matter” after George Zimmerman was acquitted for shooting and killing Trayvon Martin in 2013. BLM exploded after a Ferguson, Mo., police officer shot and killed Michael Brown in 2014.

Here’s what BLM has to say about global warming: 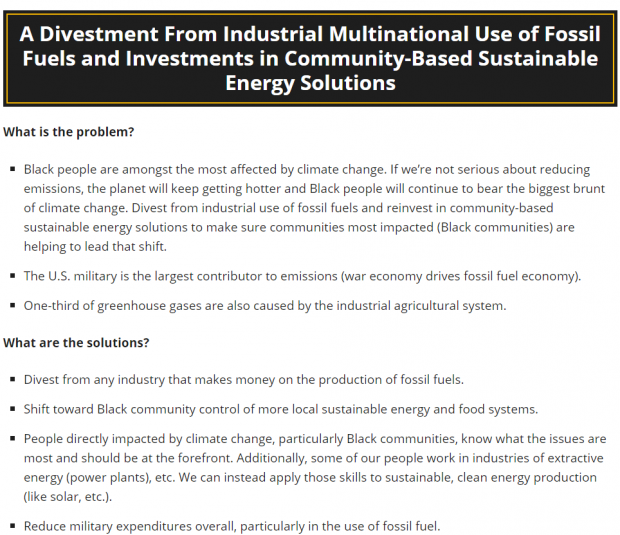