Hillary Clinton apparently needed assistance standing up at a rally in Los Angeles earlier this year, confirming that it’s not just the media that is apparently assisting in propping up Clinton’s candidacy. 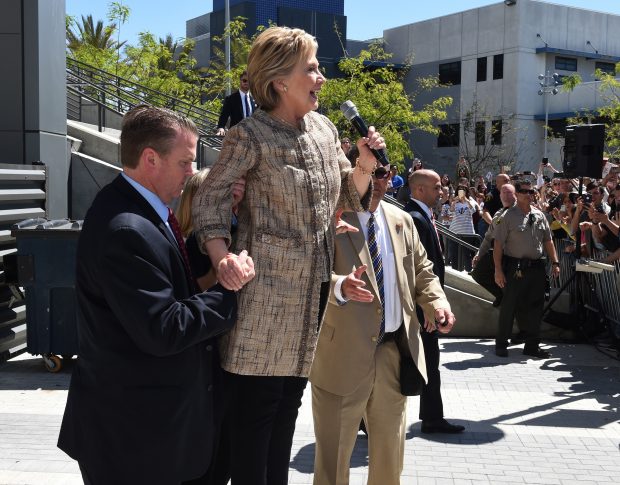 The photo of Clinton being propped up was taken by Mark Ralston for AFP/Getty Images and was captioned, “US Democratic Presidential candidate Hillary Clinton speaks to the overflow crowd who were unable to get into the venue during a campaign rally at the Southwest College in Los Angeles, California on April 16, 2016.”

Earlier this week, a photo was discovered from February when Clinton was being helped up the stairs made the rounds on the Drudge Report and many other websites. (RELATED: CNN: Will Trump Follow Drudge’s Lead And Question Hillary’s Health? [VIDEO])

US Democratic Presidential candidate Hillary Clinton speaks to the overflow crowd who were unable… https://t.co/qnzzDj2xkL