“That person you’re mad at probably didn’t write the headline you read in place of their article.”

— Saladin Ahmed, whose work as appeared in Salon, BuzzFeed and NYT.

What the fuck kind of expression is this?

“If you want to talk about somebody else’s glass box you gotta make sure yours is not equally glass.” — Rep. Mark Sanford (R-S.C.) on CNN calling out Donald Trump for not releasing his tax returns while insisting on Hillary Clinton‘s email transparency. I think the expression goes something like this: People who live in glass houses should not throw stones. 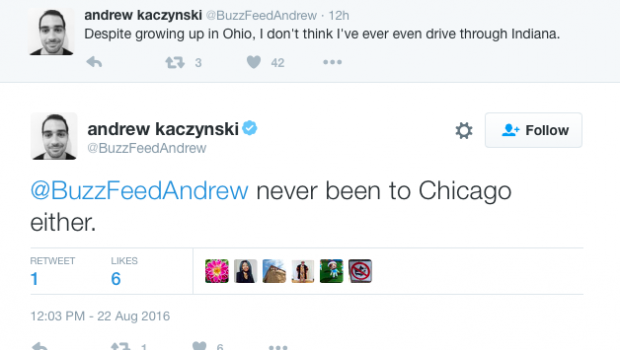 “Settling in here in Jerusalem where the challenge of a new posting awaits. Looking forward to exploring a fascinating place.” — Peter Baker, NYT.

THIS IS NOT THE ONION: Pothead Montel Williams floats the idea of being president 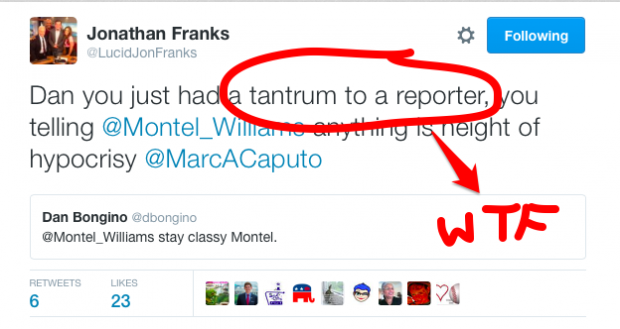 “Hey @chrislhayes Just wanted to say thank you for the opportunity to be a guest on your show tonight.” — Kurt Bardella, publicist, ex-Breitbart News spokesman.

Thank You For Not Smoking, Peter Roff

“What do we have to lose by voting for you? Our dignity.” — CNN’s Ana Navarro on Trump’s “What do you have to lose?” line.

“Do the Politics and Media people realize that just posting Breitbart articles all day and going ‘OMG I can’t even’ doesn’t actually accomplish anything? Honestly, we don’t even notice it. I don’t, at least, or the others I work with, and I’m at the top of Breitbart politics coverage. I literally never notice. I just know that they’re still there, tweeting all day. It’s crazy.” — Breitbart News‘ Patrick Howley.

“Learned something new today. I lightly dredged the steak in a 75-25 flour to corn starch mix then dunked it in a bowl of buttermilk mixed with two well beaten eggs that had 1 tbs of baking soda and 1 tbs of baking powder mixed in. It made the buttermilk super foamy. And the foam stayed when I then tossed it in the seasoned flour. It make [sic] the coating very crispy, very light, and kept out the grease.” — The Resurgent‘s Erick Erickson.

“How to know if a reporter is awake/alive… Have they tweeted yet?” — Megan Swiatkowski, Politico media coordinator.

Adds Politico politics reporter Daniel Strauss… “Or if they’ve complained.” (Note to Daniel: I noticed you blocked me on Twitter for no apparent reason. This only guarantees that I’ll make it a point to regularly sift through your feed.)

“Establish relational order. Get away from that undermining your relationship with God. Don’t have an unhealthy relationship with yourself.” — Armstrong Williams, a right-wing political pundit and columnist who was hit with a sexual harassment lawsuit last month by a former employee. 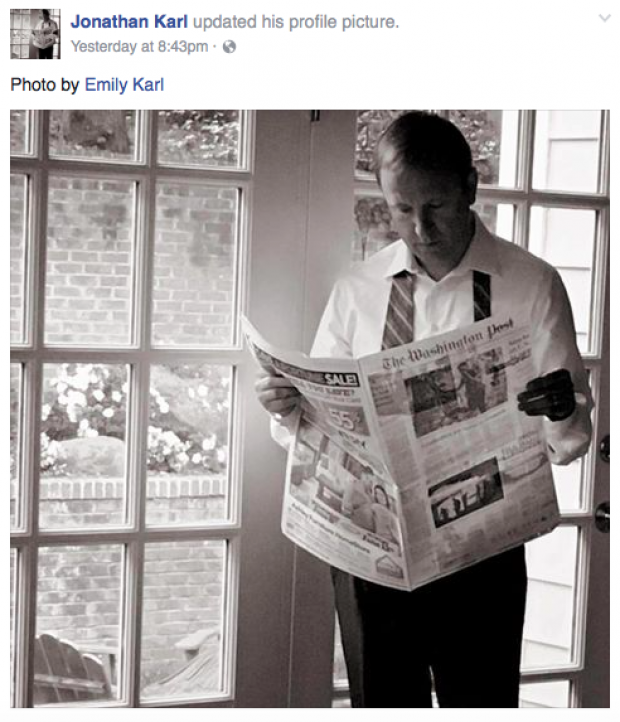