During a Tuesday morning interview on Fox & Friends, David Clarke stated that the only thing Black Lives Matter cares about is “political power.”

“I’ve unmasked these people several years ago,” he continued. “I told you this was a political construct and it had nothing to do with black lives. This was an organized effort for the 2016 election to mobilize black votes.” 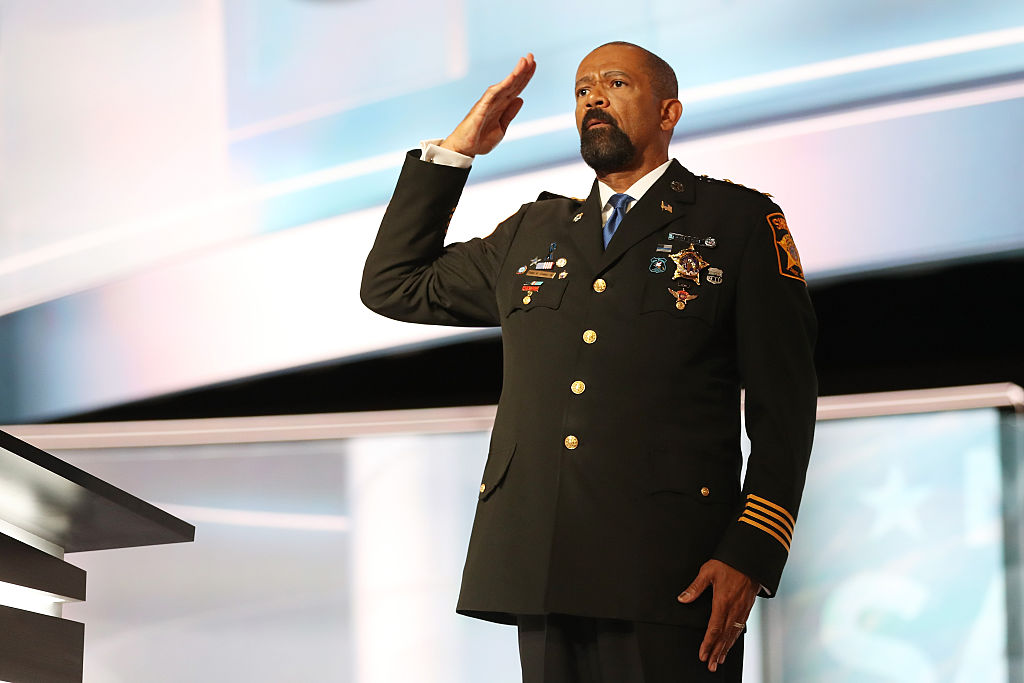 CLEVELAND, OH – JULY 18: Milwaukee County Sheriff David Clarke salutes the crowd prior to delivering a speech on the first day of the Republican National Convention on July 18, 2016 at the Quicken Loans Arena in Cleveland, Ohio. An estimated 50,000 people are expected in Cleveland, including hundreds of protesters and members of the media. The four-day Republican National Convention kicks off on July 18. (Photo by Joe Raedle/Getty Images)

Earlier in the interview, Clarke criticized the Democratic Party for replacing the “plantation” with the “American ghetto.” (VIDEO: Sheriff Clarke — Dems Replaced Plantations With The ‘American Ghetto’)