The next time you roll through a McDonald’s drive-thru to order a Big Mac with fries and a Coke (supersized of course), you can thank the U.S. Army.

While supersized meal combos are actually no longer available (Thanks, Morgan Spurlock), there is still something to be said about being able to order a delicious Double-Quarter Pounder with cheese with fries and coke from the comfort of your vehicle.

The first drive-thru restaurant opened in Dallas, Texas in 1921. At “The Pig Stand,” hungry drivers in their Model-Ts would drive up to the curb, and a teen aged boy would “hop” up on to the running board of the car and take their order (often the “Pig Sandwich”). The boy, known as a “car hop,” would run the order back to the restaurant and hop back on the running board to deliver the bag of food.

Fast forward to 1975, 35 years after brothers Richard and Maurice McDonald opened the first McDonald’s, and 14 years after Ray Kroc bought exclusive rights to the name and turned it into a nationwide phenomenon.  Army regulations near Fort Huachuca in Sierra Vista, Ariz. prevented soldiers from wearing their fatigues in local businesses around the base.

The local McDonalds wanted to accommodate the soldiers and decided to install a window that the soldiers could drive up to and order from their cars. This came to be recognized as the first ever McDonald’s drive thru: 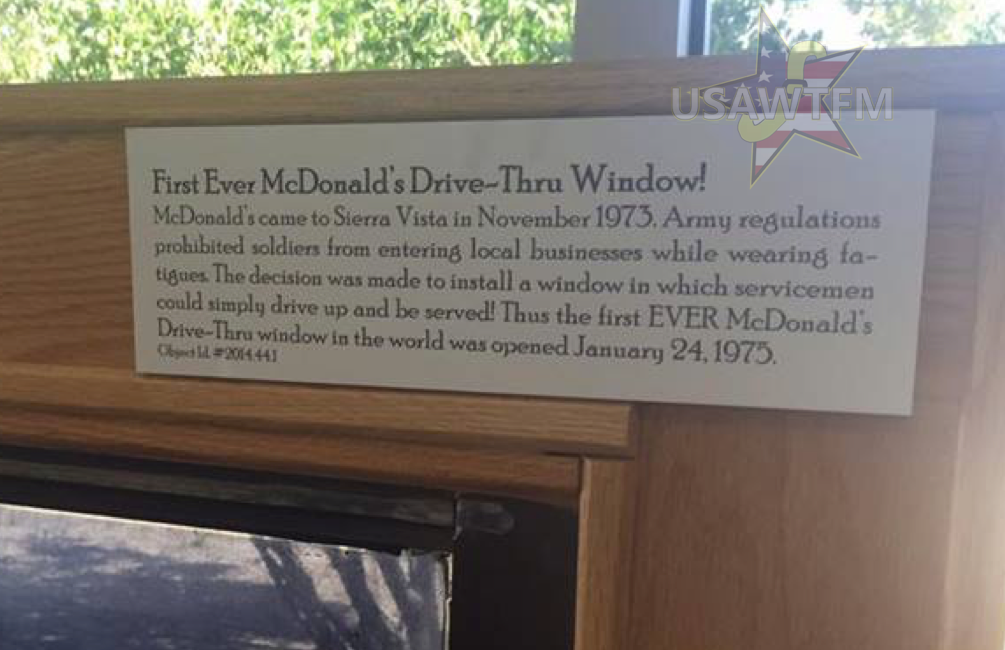 There are over 35,000 McDonald’s locations around the world today, with over 70 million daily customers. It serves over 5 billion hamburgers per year, which is about 75 hamburgers per second. Twenty-five million cows are needed each year to supply McDonald’s with enough meat to serve its customers, many of whom, order from the comfort of their cars.