In an interview that aired Thursday on Israeli TV, Hillary Clinton explained that she won’t say radical Islamic terrorism because doing so “actually serves the purpose of the radical jihadist.”

Clinton had just been asked if she will use the term “war on radical Islam. It’s been an issue that in Israel has been raised — why isn’t the term used in American politics right now?” 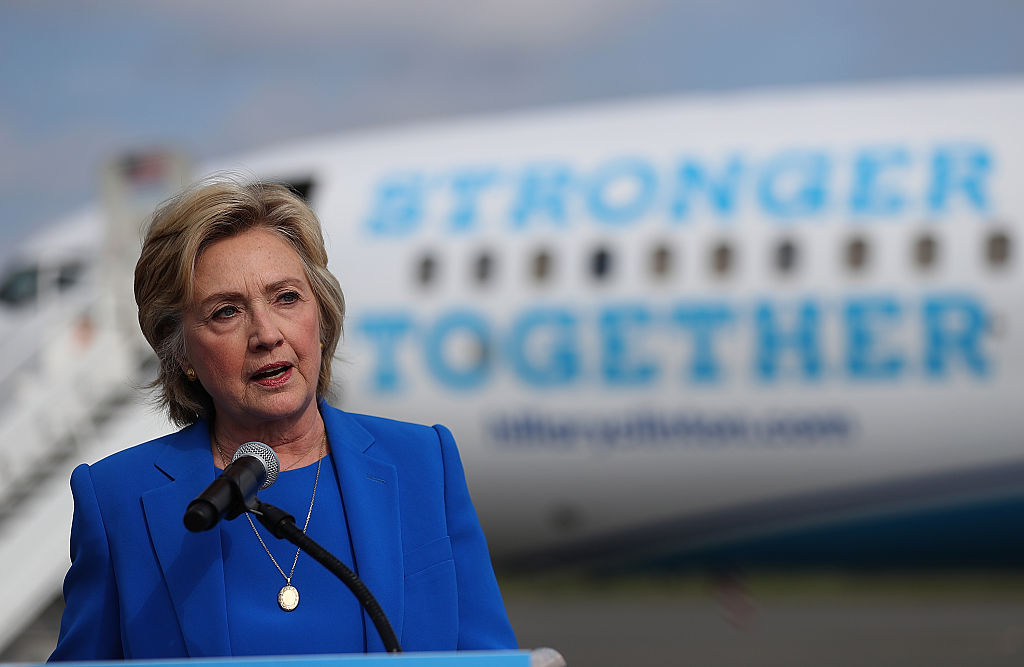 Hillary Clinton speaks to reporters on the tarmac at Westchester County Airport on September 8, 2016 (Getty Images)

“Well, we’ve made a judgment based on a lot of research that bringing Islam into the definition of our enemy actually serves the purpose of the radical jihadists,” the former secretary of state responded. “And there’s a lot of evidence of that.”

On Thursday, Clinton criticized Republican nominee Donald Trump for not having a detailed plan for defeating the ISIS caliphate, noting that it should disqualify him from being president. (VIDEO: Clinton Claims ISIS Hopes ‘Allah Delivers America To Trump’)

“They [ISIS] have, as Matt Olsen pointed out, said they hope that Allah delivers America to Trump,” Clinton told reporters on the tarmac of Westchester County Airport. “They have said that they hope that he is the president, because it would give even more motivation to every jihadi.”