Overwhelming majorities of Europeans view refugees as a threat and think the European Union has handled them poorly, and few believe they make the EU a better place, new polling data shows.

A median of 60 percent of people polled from 10 EU countries said the refugees pouring in from the Middle East and North Africa increase the likelihood of domestic terror attacks, the new Pew data shows. The percentages are highest in Hungary  (76 percent), Poland (71 percent) and Germany (61 percent). 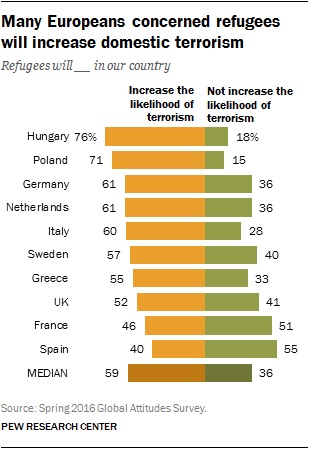 And large majorities in countries such as Italy and Greece are particularly concerned about refugees from Iraq and Syria. 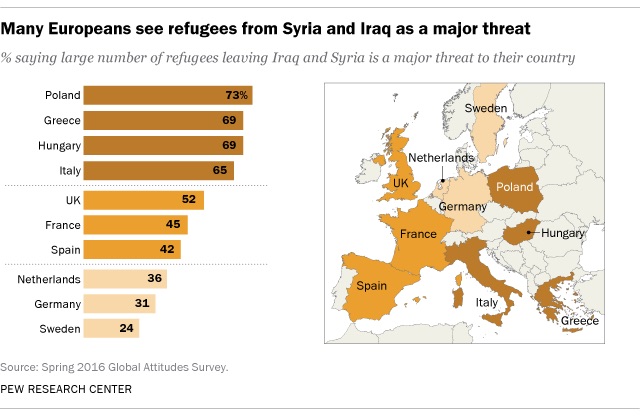 Asked whether growing diversity makes the EU a better place to live, few participants in the poll said yes. A whopping 63 percent in Greece said the EU is worse off, and 53 percent in Italy agreed. Just 26 percent of Germans said the refugees make it a better place, while 40 percent said it doesn’t make much difference. Pew notes that most Americans by contrast view diversity as a strength. 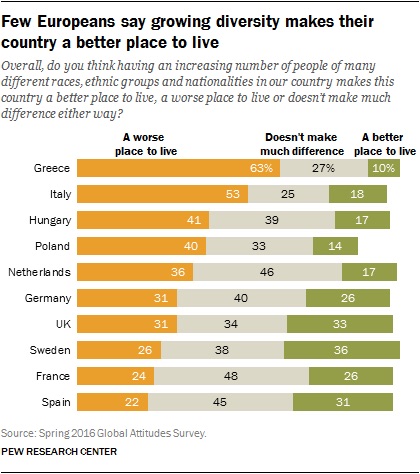 Germany has taken in more than one million refugees in the past year, and although Chancellor Angela Merkel’s party just suffered a huge defeat at the polls, she is adamant the EU must continue to embrace them. She has blamed the anti-refugee sentiment expressed at the polls as a result of poor implementation, rather than an unwillingness to take in refugees. 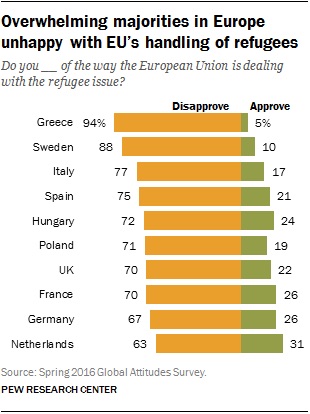 Pew also notes that those who view refugees from Iraq and Syria tend to hold negative views of Muslims. (RELATED: Almost 400 People Killed By Islamic Extremists During Ramadan) 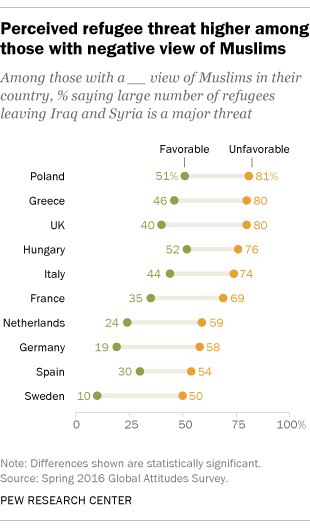 Radical Islamic terrorists have carried out a number of deadly attacks since the refugee influx ramped up last year, including the Brussels airport and Paris bombings, several shooting rampages, and an attack on Nice in which a man plowed a massive truck into a crowd of people celebrating French independence.