Southern Methodist University’s football team will honor Dallas police and first responders prior to their Friday night game against TCU.

“This will be a big game for us as we honor our local first-responders and pay tribute to them. It’s an opportunity for us and our great city of Dallas to come together and lock arms and pay tribute to the lives that left us way too soon,” coach Chad Morris said in a press release. (RELATED: Obama Points Finger At ‘Powerful Weapons’ For Dallas Police Attack)

SMU, which is located in Dallas, will wear specially designed helmet decals for the police prior to the matchup against the Horned Frogs of TCU, according to the same press release. Dallas Police Chief David Brown will lead the pregame coin toss. 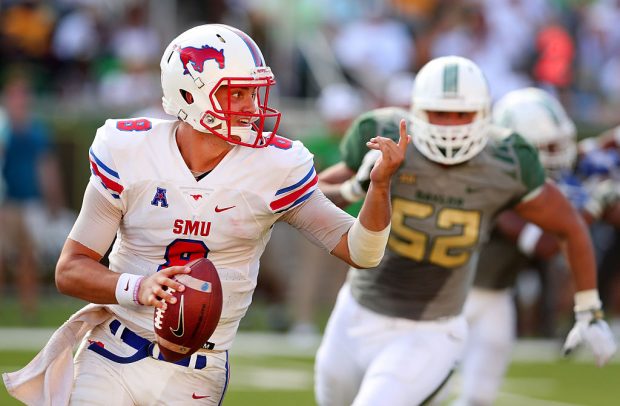 The decision from SMU comes after five police officers were murdered and several more were wounded by a gunman in July.