The FBI’s 2015 Uniform Crime Report found that nearly three times more Americans were killed by knives or other “cutting instruments” than shot and killed by long guns.

According to the report, only 548 people were killed by rifles and shotguns combined in 2015.

On the other hand, 1,573 people were “stabbed or hacked to death,” Breitbart reports.

Furthermore, Breitbart found that twice as many people were bludgeoned to death than killed by rifles for the same year. 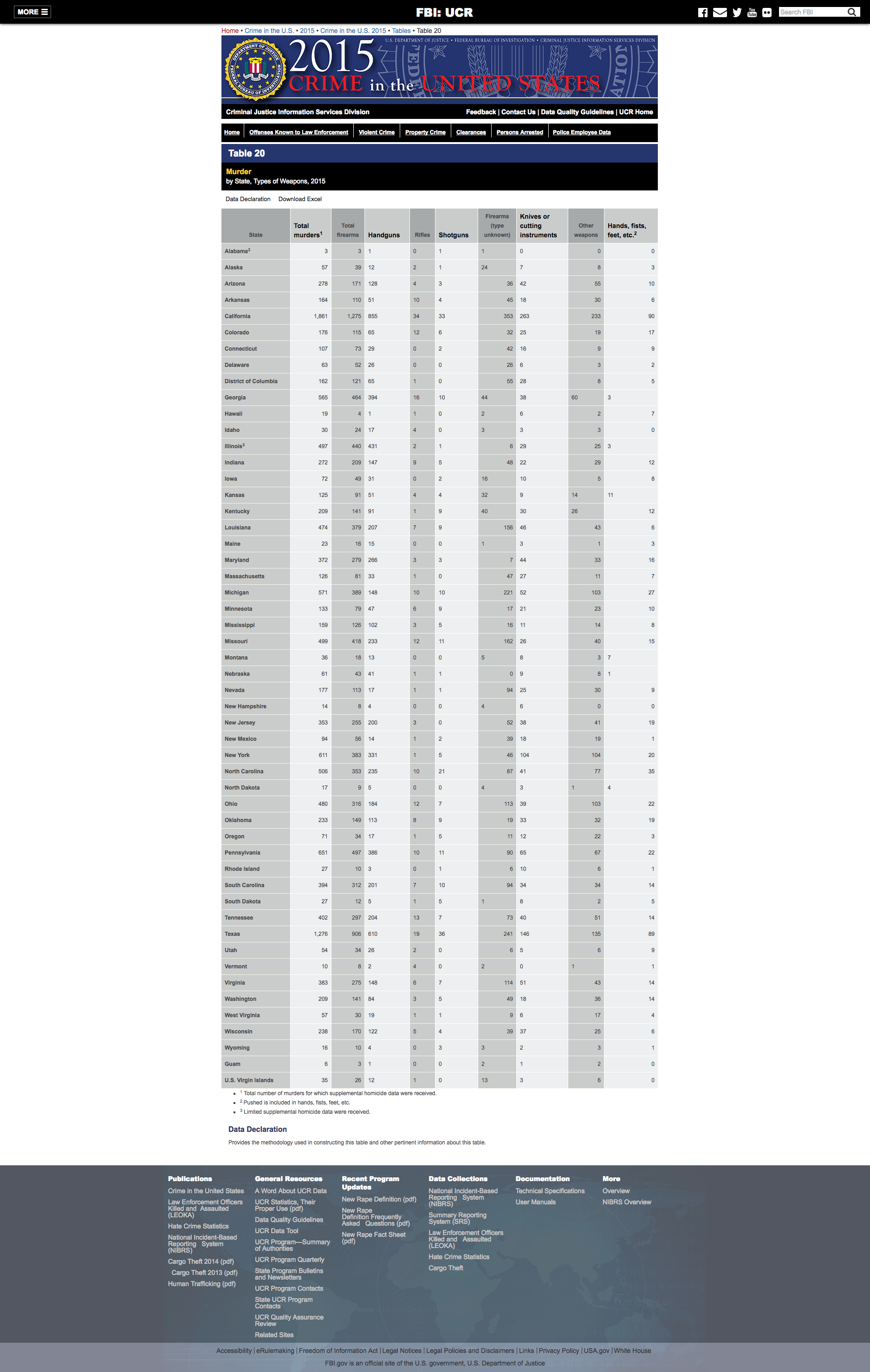