Christian Slater joked Thursday that he is putting his “hat in the ring” to be Kelly Ripa’s permanent co-host on “Live.”

The 47-year-old actor told Ellen DeGeneres that even though he is doing the show “Mr. Robot,” he could handle “Live” too. (RELATED: Kelly Ripa Might Have Already Found Her Next Co-Host For ‘Live’)

“I love it. I live about, you know, six blocks away from there,” Slater said. “It’s right there in the city. It’s one of the greatest jobs ever.”

“I love her. She’s amazing,” he added. “So yeah, Kelly, I’m available! Let’s do it! I’m putting my hat in the ring, Kelly. Yeah, why not?” (RELATED: Anderson Cooper Will Not Be Kelly Ripa’s Next Co-Host On ‘Live’)

Slater appeared on “Live with Kelly” as a guest co-host following Michael Strahan’s departure from the show for a full-time spot on ABC’s “Good Morning America” in May. 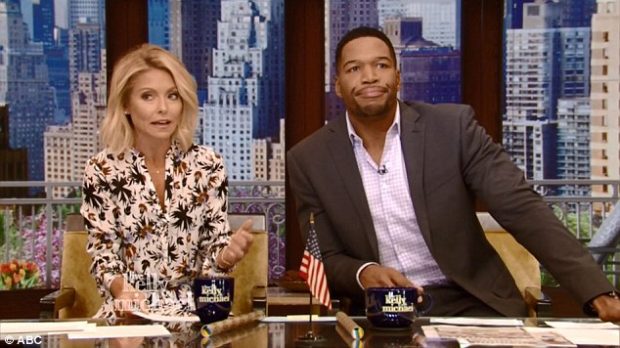 The actor is just one of many who have helped fill the seat. Anderson Cooper also appeared numerous times in Strahan’s absence and was expected to be at the top of the list to get the spot. He announced earlier this week that he has signed a new long-term contract with CNN. A source close to the host said it would have been difficult to do both jobs.

Rob Lowe has also expressed an interest in the spot.

“The show is going to stick to doing a round robin shuffle of guest co-hosts for the time being,” an insider told Page Six. “Kelly likes the dynamic right now, so they’re not in a hurry to make a decision anymore.”

Ripa was caught off guard by Strahan’s departure and will most likely have some pull in what direction the show takes and who eventually gets the job.