There are plenty of damning things GOP presidential contender Donald Trump has said out loud. It’s a wonder why Washington Post reporter Philip Rucker completely and purposefully tried to make it seem like Trump said something awful when he did nothing of the kind.

Nearly two hours later, Rucker followed up with the following explanation. (Trump is actually referring to heroin entering the country, not illegal immigrants.)

But the damage was already done. 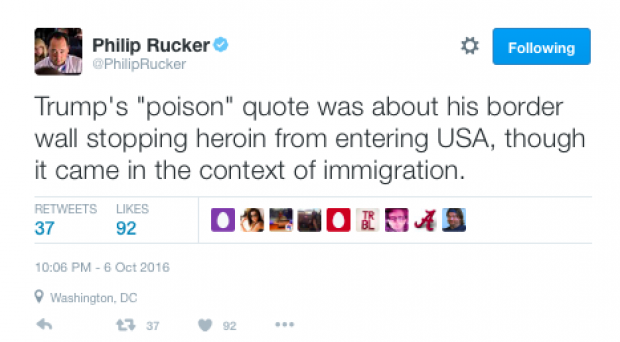 Reaction has been deservedly harsh with a variety of Trump supporters calling Rucker a “Clinton shill” and right-leaning reporters insisting that he delete his original tweet.