Donald Trump won the second presidential debate — or at least that’s what you’d think if you were reading the Internet Sunday night. 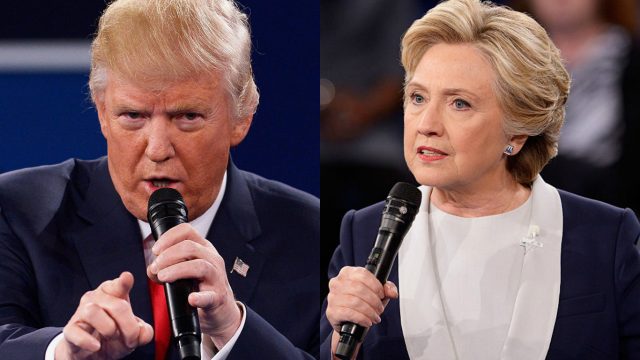 After Trump and Hillary Clinton went head to head for 90 minutes during a town hall style debate in St. Louis, Mo., it was clear that the Republican nominee had won the Internet over.

[dcquiz] In a poll run on the Drudge Report, 92 percent of voters agreed that Trump won while a mere 7 percent thought Clinton did. (RELATED: Bill Clinton Remains Stone-Faced As Donald Trump Brings Up Rape Accusations During Debate)

The pollster Frank Luntz tweeted that 16 members of his focus group determined Trump the winner, while six of them thought Clinton was. 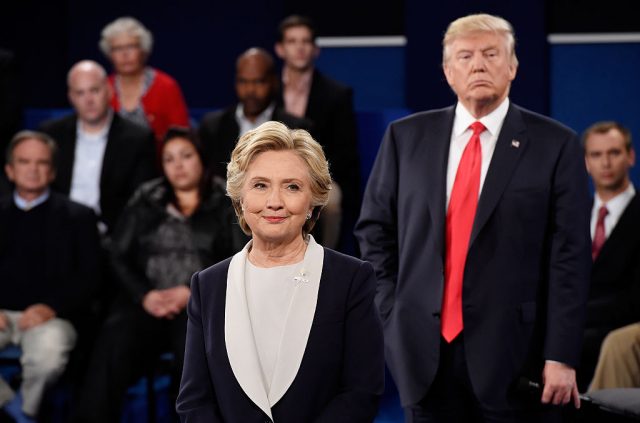 Trump is not falling.

After the exchange on taxes, 16 say Trump is winning, 9 say Clinton. #Debate

Hillary does well when she appeals for bipartisanship, but plummets when she blatantly ignores the mods. #debate pic.twitter.com/dglyxtcdrY

“Hillary does well when she appeals for bipartisanship, but plummets when she blatantly ignores the mods,” Luntz noted on Twitter.

Peter Beinart, a contributing editor for The Atlantic, agreed that Trump won as well. (RELATED: A Fly Landed On Hillary Clinton’s Face In The Middle Of The Presidential Debate)

hate to say it but I think @realDonaldTrump staunched his campaign’s collapse tonight. Until the next big scoop #Debates2016

I’m watching the media actually praise Donald Trump’s performance. This is how you know he won #DebateNight.