The unnamed fan had a seizure while the Heisman winner was signing autographs, but the seizure stopped after Tebow placed his hands on the fan and prayed, according to ABC15 reporter Kari Van Horn.

Tebow signing autographs. Fan has what looks like seizure. Not moving. Tebow puts hand on him and says a prayer. Man breathes. WOW.

Tim Tebow an amazing individual. Tends to a man who had a seizure pic.twitter.com/ttYrQiqePh

Tebow is currently playing in the Mets minor league system, but clearly he has time to save some lives. (SLIDESHOW: These Barely Clothed Women Love Baseball) 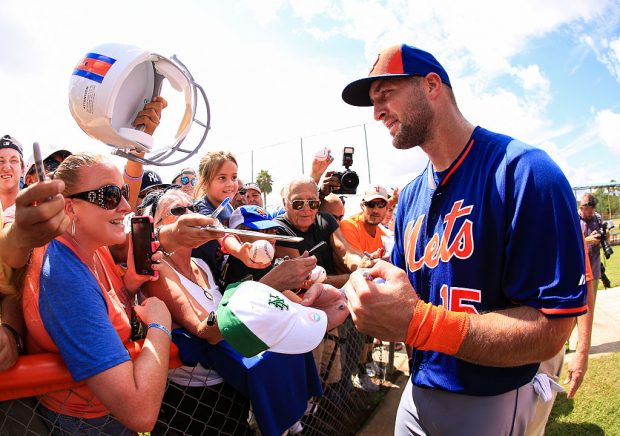 This isn’t the first time the University of Florida phenom has used prayers to save a life. He previously prayed for an ill man on a plane and the man miraculously recovered.