If you think Trump will win, or can win, or even wants to win, that’s terrific. I respect your religious beliefs. But if he doesn’t win, if he disappoints you, don’t worry. He’ll be okay. He’s got a Plan B.

Mr Trump, whose campaign is headed by populist digital media entrepreneur Stephen Bannon, has denied that he wants to start his own channel. “I have no interest in a media company. False rumour,” he told the Washington Post last month, following a Vanity Fair report that he and his advisers had explored the idea.

Well, just because Trump denies the rumor, that doesn’t necessarily mean it’s true. But it’s what you might call a historical indicator.

The Trump 2016 campaign is purely a creation of the media, and he’s obsessed with the media and his place in it. (See his freakout over Alec Baldwin’s portrayal on SNL.) So it would only make sense that he’d be looking at his own media outlet after whatever happens in 21 days. Would MAGA-heads be willing to shell out $9.99/month to get their daily fix of incoherent rage about President Killary? Seems like a safe bet.

Just a minute ago I called this Trump’s Plan B, but that doesn’t seem right. He’s never shown us anything resembling a Plan A. Does he really look like a guy with a plan? He just does things. He’s like a dog chasing Secret Service cars. He wouldn’t know what to do with one if he caught it!

Assuming he’s ever really wanted to be president, that is. What if Trump TV is his Plan A? What if all this is a long con, and you’re the mark?

Just kidding. You’re smarter than that.

P.S. Which one of these people actually wants to be the next president of the United States, and which one is building a subscriber base? 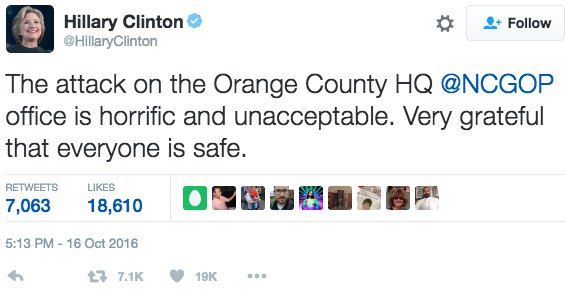 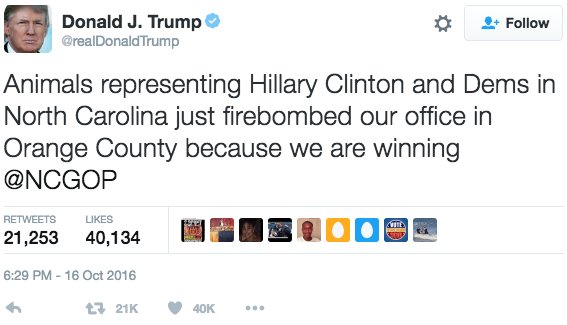