Veteran’s Day is two days old but the celebration of our heroes has certainly not ended.

Before the Pittsburgh Steelers’ 4:25 p.m. kickoff against the Dallas Cowboys, receiver Antonio Brown wore a pair of cleats honoring Pat Tillman, the former NFL player who joined the Army Rangers after the September 11 attacks and later passed away as a result of a friendly fire incident. 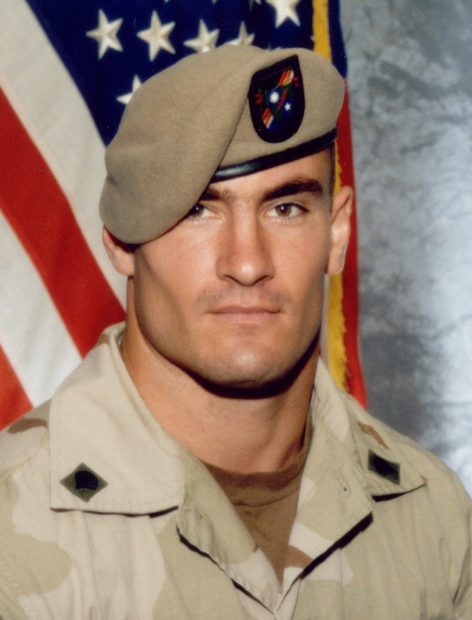 The U.S. Army has opened a new investigation into the circumstances of the April death in Afghanistan of Cpl. Pat Tillman, a former professional football player killed in a “probable” friendly fire incident, officials said on December 6, 2004. The investigation was ordered on November 3 by then-acting Army Secretary Les Brownlee and was prompted by questions raised by Tillman’s family about his death in a remote canyon in southeastern Afghanistan, Army officials said. One official said the investigation could trigger criminal charges if any U.S. personnel are deemed culpable in his death. Tillman is pictured in this June 2003 file photograph. FOR EDITORIAL USE ONLY REUTERS/Photography Plus C/O Stealth Media Solutions/Handout SV – RTRZSKL

1
'If Anybody Needs To Be Fact-Checked, It's The Media': Kayleigh McEnany Unloads On Jim Acosta
Media
2
Obama Townhall Viewership Blows Trump Interview Out Of The Water
Politics
3
Residents Of A New York Town Tell Peaceful Black Lives Matters Protesters To 'Go West' Towards More Diverse Neighborhood
US
4
Here's A List Of Media And Politicians Who Downplayed Violence And Looting
Politics
5
Tucker Carlson Breaks Down Every Police Shooting Of Unarmed Black Suspects In 2019
Media