Julian Assange’s lawyers have announced they will call on President-elect Donald Trump to end the United States’ six year investigation into the WikiLeaks founder.

Jennifer Robinson, one of Assange’s lawyers, addressed the press Tuesday evening outside the Ecuadorian Embassy in London, where Assange has lived in asylum since 2012.

Robinson expressed gratitude to Swedish prosecutors — who interviewed Assange at the embassy on both Monday and Tuesday in relation to a rape charge — for finally allowing him to present testimony in the case.

“It is important to remember that he has never been charged and has already been cleared once by the previous prosecutor,”Robinson explained. “We hope and expect that the prosecutor will come to the same conclusion.” 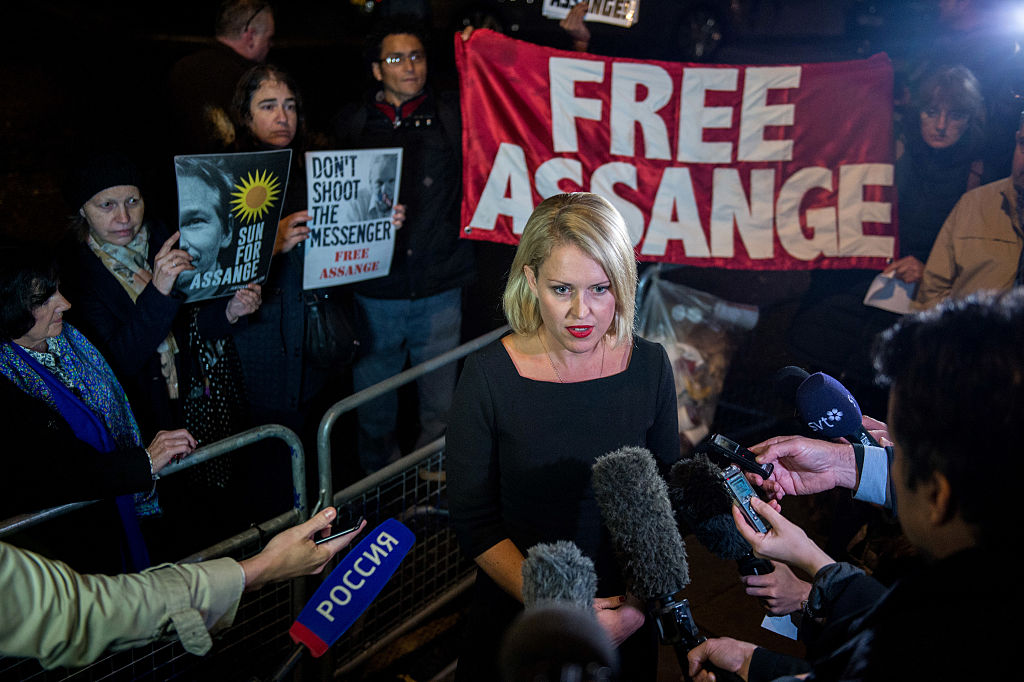 According to the London Evening Standard, Robinson then pivoted to the U.S. investigation into Assange, which stems from his publishing of classified documents obtained by former U.S. Army Private Chelsea Manning.

Robinson noted that Assange’s team “repeatedly called for the investigation to be closed on the grounds it violates the First Amendment, and places a chill on freedom of speech and reporting.”

“Through U.S. counsel, we had reached out to the Obama administration, most recently just a few months ago, and we will continue to do so with future US administrations until the investigation is closed.”

1
Here's A List Of The Rich And Famous Caught In Photos With Ghislaine Maxwell
US
2
'She's Got The Gun On Me': White Woman Pulls Pistol On Black Family In Viral Video
US
3
Report: Trump Wants 'No More Of Jared's Woke S***'
Politics
4
The Senate Accidentally Passed Bill To Stop Paying Dead People
Politics
5
Former Transgender Girl Recounts How She Was 'Brainwashed' By The Online Trans Community
US