Radical groups congregated in downtown Chicago Saturday to resist a Trump presidency by any means necessary.

The rally, which started at noon in Federal Plaza downtown and proceeded in front of the Trump Tower, was organized by the Chicago branch of Act Now to Stop War and End Racism (ANSWER), a radical leftist group which supports socialism, open borders, and a single Palestinian state.

“We came out here today and we’ve been coming out here all week to make one thing very clear — Donald Trump better not come to Chicago is not welcome in Chicago,” Jon Beacham, an ANSWER organizer told the crowd to thunderous applause saying later. “We have to resist Trump.”

“This is movement,” Beacham said, asking and getting the crowd to repeat. “Not a moment.”

It was one of several chants.

“Hands too small,” another unidentified male speaker screamed to the crowd.

“When immigrants are under attack, what do we do?” he also screamed.

“Stand up fight back,” The crowd responded.

“When Muslims are under attack, what do we do?” he continued.

“Stand up fight back,” the crowd repeated.

“When our schools are under attack, what do we do?” he continued with his list of grievances.

“Stand up fight back,” the crowd continued repeating. 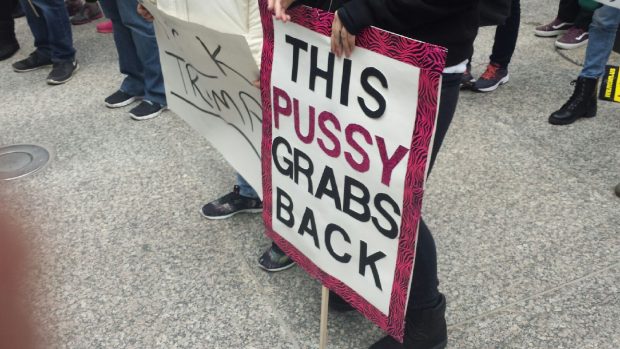 ANSWER was not the only radical group at the rally. The Revolutionary Communist Party USA (REVCOM) piggy backed off the rally, promoting their own anti-police brutality protest that will be held Sunday, November 20 on the south side of the city.

“We got to get organized for an actual revolution to overthrow the whole capitalist system and replace it with a radical new system,” a REVCOM member screamed.

Representatives of the Socialist Worker, a newspaper put out by the International Socialist Organization, passed out their November 2 edition released prior to the election. The lead article was entitled #NotWithEitherOfThem and argued against the candidacies of both Donald Trump and Hillary Clinton.

The Workers World Party (WWP), another communist party, was passing out fliers for the inauguration day protest, which WWP is now helping to organize. 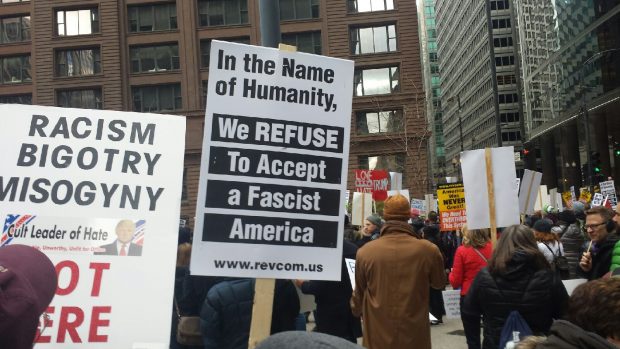 The Party for Socialism and Liberation was passing out fliers for its “Day of Socialism classes” to be held on December 3 on the north side of Chicago.

“Stopping Trump and defeating capitalism,” read a banner at their table promoting the classes. 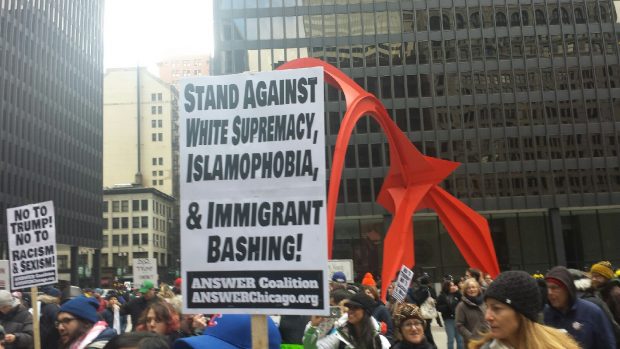 The International Youth and Studies for Social Equality, the Socialist Equality Party, and the World Socialist Web Site, were handing out fliers for their own public meeting on November 22 to be held in the University of Illinois at Chicago (UIC). UIC was where Trump’s ill-fated March rally was supposed to be held before being cancelled after confrontations grew violent between protesters and rally goers.

“In the immediate aftermath of the 2016 presidential election young people and workers took to the streets throughout the country to protest what they right regard as a catastrophic outcome,” the flier for their rally stated. “What is the way forward in mobilizing against a Trup presidency and in the struggle against war?”

ANSWER announced on Friday that the inauguration day “mass rally” will be held in Freedom Plaza in D.C.