James E. Mitchell is one of the architects of the “enhanced interrogation” techniques used by the George W. Bush administration to get information out of captured terrorists. (Notably, president-elect Trump is interested in bringing back some of these tactics). The general public has largely had no idea what information the terrorists revealed to their captors. No longer. Mitchell is out with a new book, “Enhanced Interrogation: Inside the Minds and Motives of the Islamic Terrorists Trying To Destroy America.” It features the results of his questioning of thirteen high-value detainees, including Abu Zubaydah and Khalid Sheikh Mohammed, the mastermind of 9/11. One of the books biggest reveals is that KSM was planning another wave of attacks but was shocked by America’s response to September 11. As he told Mitchell: “‘How was I supposed to know that cowboy George Bush would announce he wanted us ‘dead or alive’ and then invade Afghanistan to hunt us down?’” Mitchell makes it clear that “KSM explained that if the United States had treated 9/11 like a law enforcement matter, he would have had time to launch a second wave of attacks.” 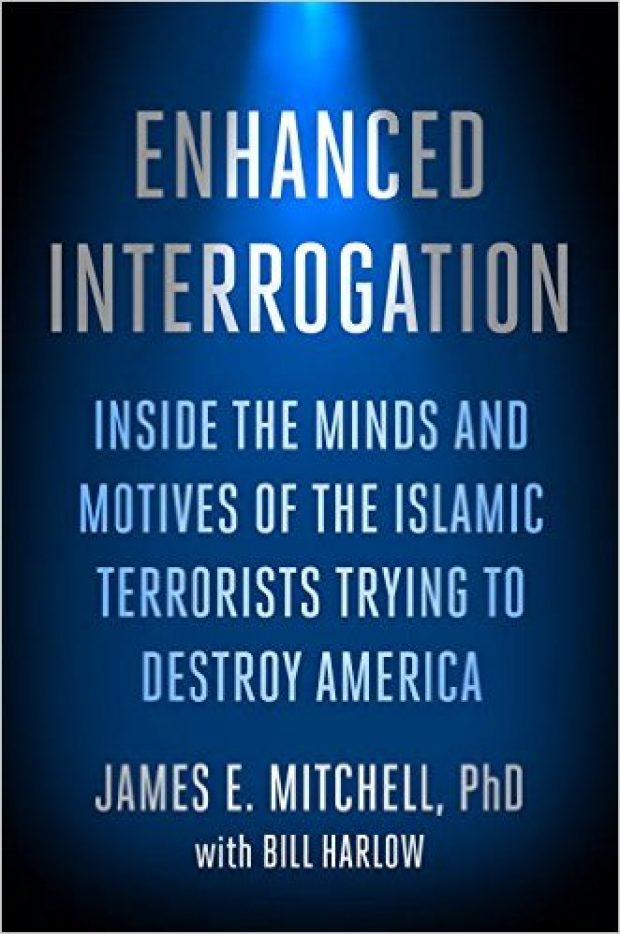 You NEED to read the description:

In the dark days immediately after 9/11, the CIA turned to Dr. James Mitchell to help craft an interrogation program designed to elicit intelligence from just-captured top al-Qa’ida leaders and terror suspects.  A civilian contractor who had spent years training U.S. military members to resist interrogation should they be captured, Mitchell, aware of the urgent need to prevent impending catastrophic attacks, worked with the CIA to implement “enhanced interrogation techniques”–which included waterboarding.

In Enhanced Interrogation, Mitchell now offers a first-person account of the EIT program, providing a contribution to our historical understanding of one of the most controversial elements of America’s ongoing war on terror.  Readers will follow him inside the secretive “black sites” and cells of terrorists and terror suspects where he personally applied enhanced interrogation techniques.  Mitchell personally questioned thirteen of the most senior high-value detainees in U.S. custody, including Abu Zubaydah; Abd al-Rahim al-Nashiri, the amir or “commander” of the USS Cole bombing; and Khalid Sheikh Mohammed, the mastermind behind the September 11, 2001, terror attacks–obtaining information that he maintains remains essential to winning the war against al-Qa’ida and informing our strategy to defeat ISIS and all of radical Islam.

From the interrogation program’s earliest moments to its darkest hours, Mitchell also lifts the curtain on its immediate effects, the controversy surrounding its methods, and its downfall. He shares his view that EIT, when applied correctly, were useful in drawing detainees to cooperate, and that, when applied incorrectly, they were counter-productive.  He also chronicles what it is like to undertake a several-years-long critical mission at the request of the government only to be hounded for nearly a decade afterward by congressional investigations and Justice Department prosecutors.

Gripping in its detail and deeply illuminating, Enhanced Interrogation argues that it is necessary for America to take strong measures to defend itself from its enemies and that the country is less safe now without them than it was before 9/11.

This book just skyrocketed to take the top spot on my must-read list right now. Some folks in my life might just get this for Christmas.

Khalid Sheikh Mohammed is shown during his arrest, in this file picture taken March 1, 2003. REUTERS/U.S. News & World Report/Handout via Reuters/Files