Former NFL player Ray Lewis said that he and Jim Brown’s conversation with Donald Trump on Tuesday was a “serious meeting about kids and our future.”

The former Baltimore Raves star linebacker has been criticized by the black community for agreeing to meet with the president-elect. Lewis and fellow NFL great Jim Brown have used their platforms to create change in urban communities and Lewis confirmed that’s why they were there at Trump Tower Tuesday.

“And you know you hear all these reports ‘Well, oh, they’ve turned their backs on the black communities,’ it’s the most embarrassing thing when you hear stuff like that,” Lewis continued. (RELATED: Former NFL Stars Jim Brown And Ray Lewis Meet The President-Elect At Trump Tower)

“And so you when you hear people talk about ‘I would never go in the White House and I would never meet Trump,’ well guess what? Maybe you don’t feel the same way about your kids the way I feel about my kids. Cause I want my kids to be damn safer,” Lewis said.

“That was a serious meeting about kids and our future,” not simply talking about it, but acting to change it. “See that’s one thing about it, a lot of people talk, right?,” Lewis said. “Charity never compares to change.” 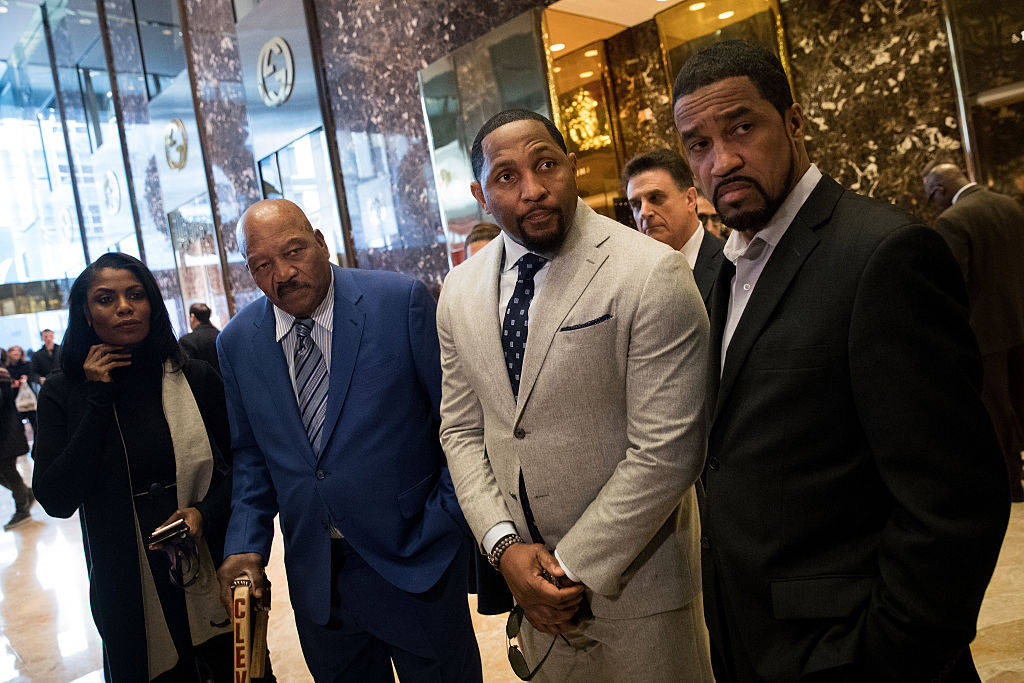 “I can give any damn thing I want to give,” Lewis continued. “I can write a check for anything. Change, change is being willing to do what people won’t do. So when people say, ‘Oh, I wouldn’t go sit with him,’ well don’t,” Lewis said of his meeting with Trump. “But guess what, I got four black kids. Sons, who I want to be safer. So you know what?, if I’m going to stand for anybody, I’m damn sure going to stand for them.”

The former NFL star also clarified who was at the meeting and how it went down. Lewis and Brown were joined by several others including Bill Gates, Curtis Martin and Trump’s sons, as well as members of his cabinet who he referred to as “smart decision-makers.”

Trump and his cabinet agreed that the problems Lewis and Brown want to tackle in urban communities are important. Lewis said Trump and newly appointed secretary of Housing and Urban Development Ben Carson would work to accomplish their vision and “give these kids hope.”